* not officially endorsed by Usain Bolt

Usain Bolt is a legend, and one of the world’s greatest sprinters. Usain Bolt is also officially Birmingham’s favourite adopted son. He and the Jamaican team trained at the University of Birmingham, and he bigged us up not once, but twice during his post-race interviews with the BBC.

Sadly Usain Bolt didn’t make it round our house for tea when he was in Birmingham but if he had, this is what I would have cooked him.

I didn’t think I was a big fan of jerk seasoning until I tried Lap’s pecan-smoked jerk chicken which were a revelation. Good jerk, as in Thai cooking, has it all; sweetness from molasses, acid from lime juice, spice from pimento seeds, searing heat from Scotch bonnets, umami from the meat and smoke – in this case from pecan wood, which goes fantastically well with jerk seasonings (hickory would also work).

But Lap’s jerk chicken had something different, undefinable, kicking it up another level. He wouldn’t tell me for ages, just occasionally wafting his seasoning under my nose – taunting me. Eventually, with electrodes wired to his nipples and the threat of water-boarding hanging in the air, he finally confessed his dirtiest of dirty secrets; he adds Malibu to his jerk seasoning.

Now this jerk seasoning works great with chicken (although curiously, the judges at Grillstock didn’t much care for it), but it is something else entirely with ribs. I used baby back ribs, and here comes another dirty secret; they were from Costco. And they were actually very good. More importantly you can actually go and buy 8 racks (or whatever) of ribs there, something many butchers struggle to be able to provide. 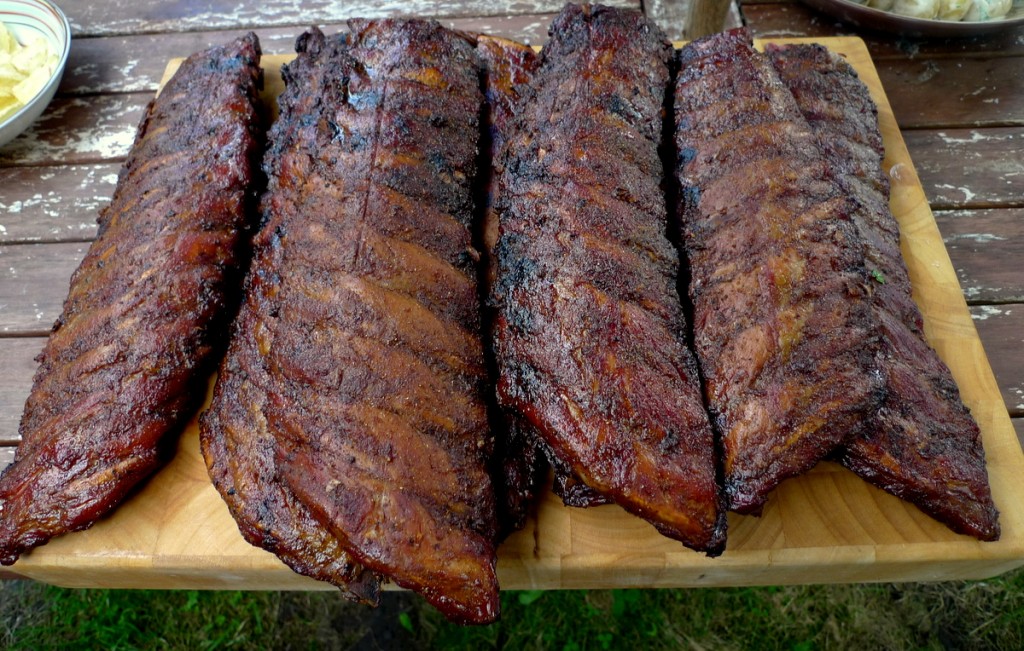 As with all such things, exact recipes are both difficult to record and somewhat inappropriate as they are so personal. Lap says you have to feel such things. Certainly you will feel the Scotch bonnets as their juice sprays into your eyes, so be mighty careful. 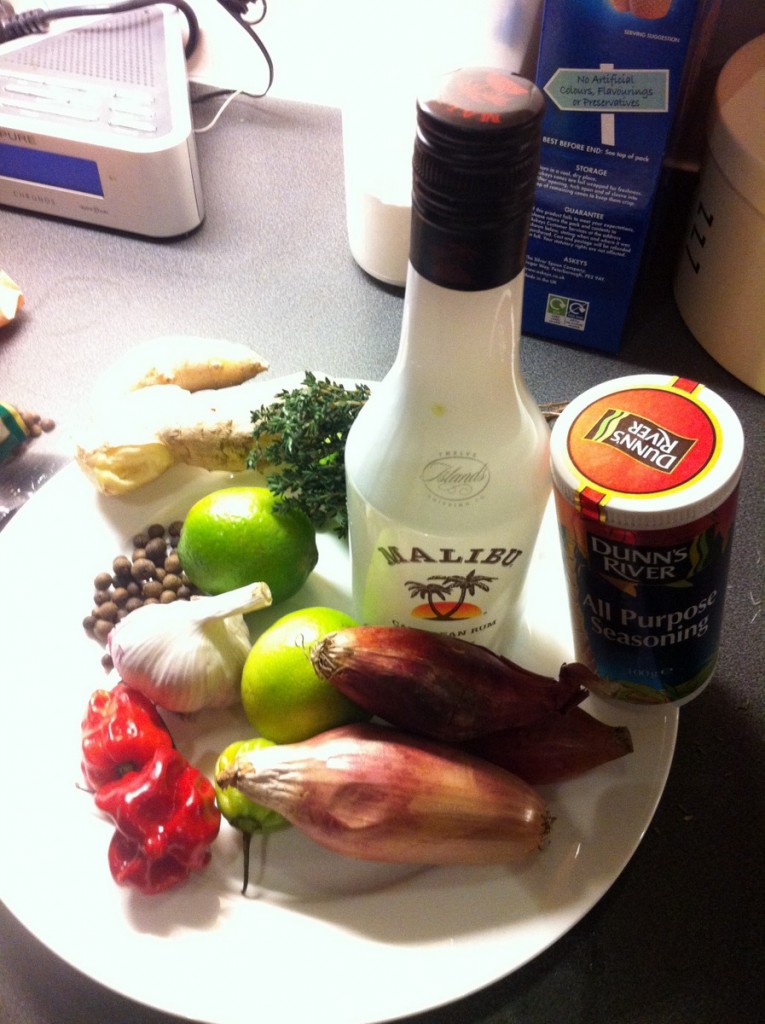 Once made, liberally rub your pork ribs which you ideally would have removed the paper-thin membrane from the backs of. Use more rub on the front than the backs of the ribs.

Marinade in the fridge overnight to let the flavours permeate.

Light up your smoker and smoke at 200 degrees fahrenheit for at least four hours to get a good smoke. Remove from the smoker, and apply the pineapple glaze:

I actually didn’t have any pineapple juice so I used some Levi Root’s mango and pineapple drink instead, which I reduced first. That is not a recommendation.

Again this is to taste. Combine all the ingredients, bring to the boil and allow to reduce into a sticky glaze. Again it should be sweet, acidic and thick enough to coat the ribs.

Liberally paint over the ribs and return to the smoker until they are cooked (they should bend easily and you should be able to pull the ribs apart by hand, but they should not be falling apart). If this is taking too long and the glaze is burning then wrap in foil until finished.

Red Stripe would probably be the correct accompaniment, and perhaps some sweet sweet soca music.

If you are interested in trying some of Usain Bolt’s** Pecan-smoked Jerk Ribs then you should think about coming along on Saturday 18th August to “SDS FIRE” where the Backyard Brummies have teamed up with Soul Food Project to provide some meaty treats. There are still tickets available and the price includes more meat than you can handle as well as drinks.