I needed a bit of a break from work earlier today so popped down to Soulard Farmers Market. According to their website, the market has been frequented by many famous people. Local visitors include Jackie Joyner-Kersee (the Olympic athlete) and John Goodman (of Big Lebowski and Roseanne fame). Three US presidents have come to the market, the most recent being Arkansas’ Bill Clinton. That doesn’t mean anything though, Clinton visited Birmingham in 1998 and described it as a “an extraordinary jewel of a city”. Hmm.

Anyway, Soulard Farmers Market dates from 1779  – just 3 years after the declaration of Independence. At that time the Illinois Campaign was in full swing back in the bad old days before Americans realised that the British have rilly, rilly nice accents . This makes it the oldest still-working farmers market in the country, if you trust the butcher on such things.

There is much less emphasis on local or regional produce than a British farmers market, with most of the fruit and vegetables coming from thousands of miles away – mainly from the West Coast. Organic or free-range produce wasn’t particularly noticeable.

The focus is more on price, the butcher told me that farmers markets are doing great business right now, and that is down to value for money. He reckoned $60 of groceries at Schnuck’s could be gotten for $10 less at the market. Certainly they were nearly giving the produce away by the end of the day.

Tthere were a few interesting new tastes to explore. The butcher had a bunch of smoked and salted pig bits, including the “snook” still replete with nasal hair. A variety of exotic meats were in the freezer. One stand was selling “crab rangoon”, a deep-fried wonton filled with crab and cream cheese. Surprisingly nice actually.

And I also managed to pick up a St. Louis Gooey Butter Cake which was very good: buttery, crumbly pastry with a very luxurious almond-y filling. Which means my tour of St. Louis specialties is nearly complete: only toasted ravioli and frozen custard to go now (I’ve decided to take a pass on the once-popular fried calves’ brain sandwiches). 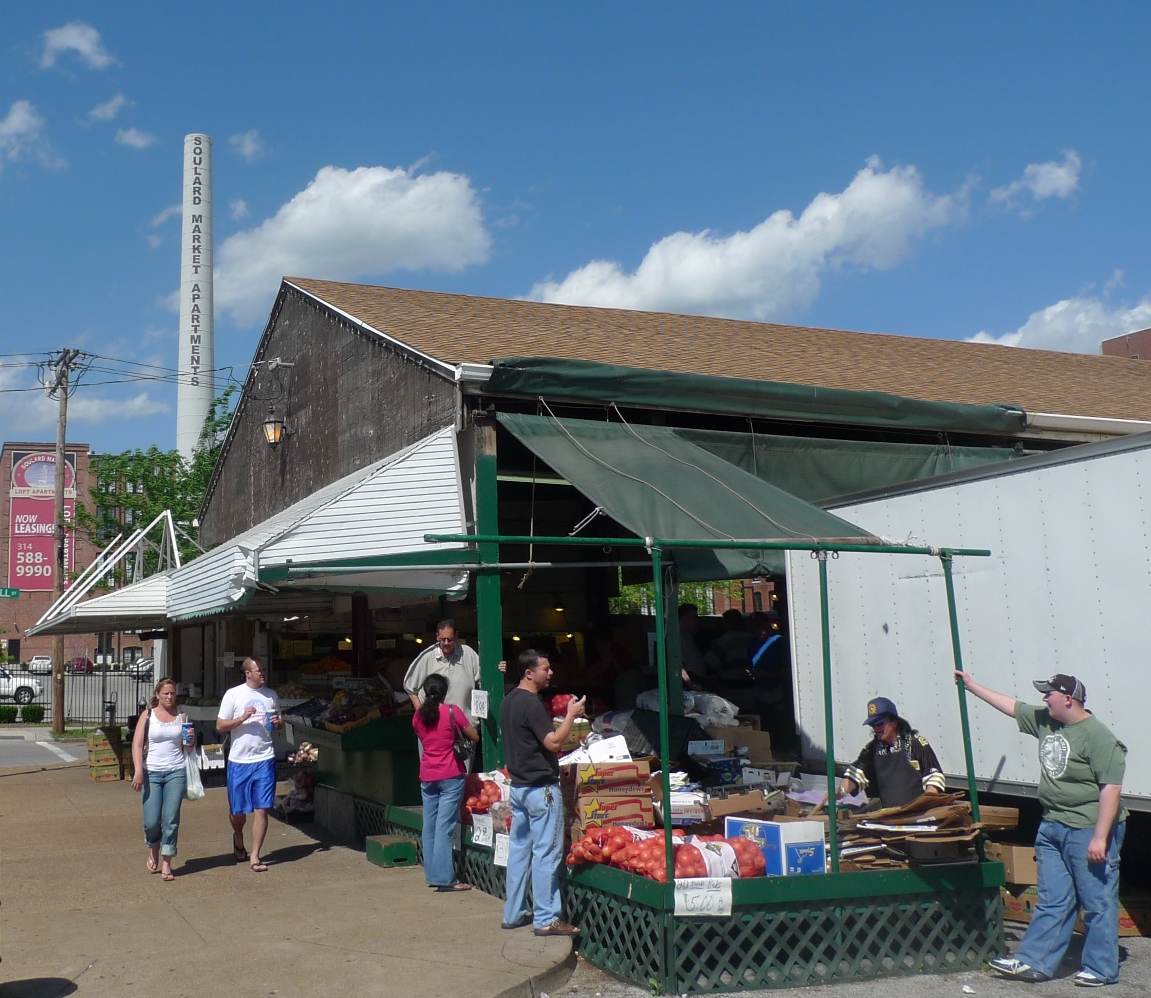 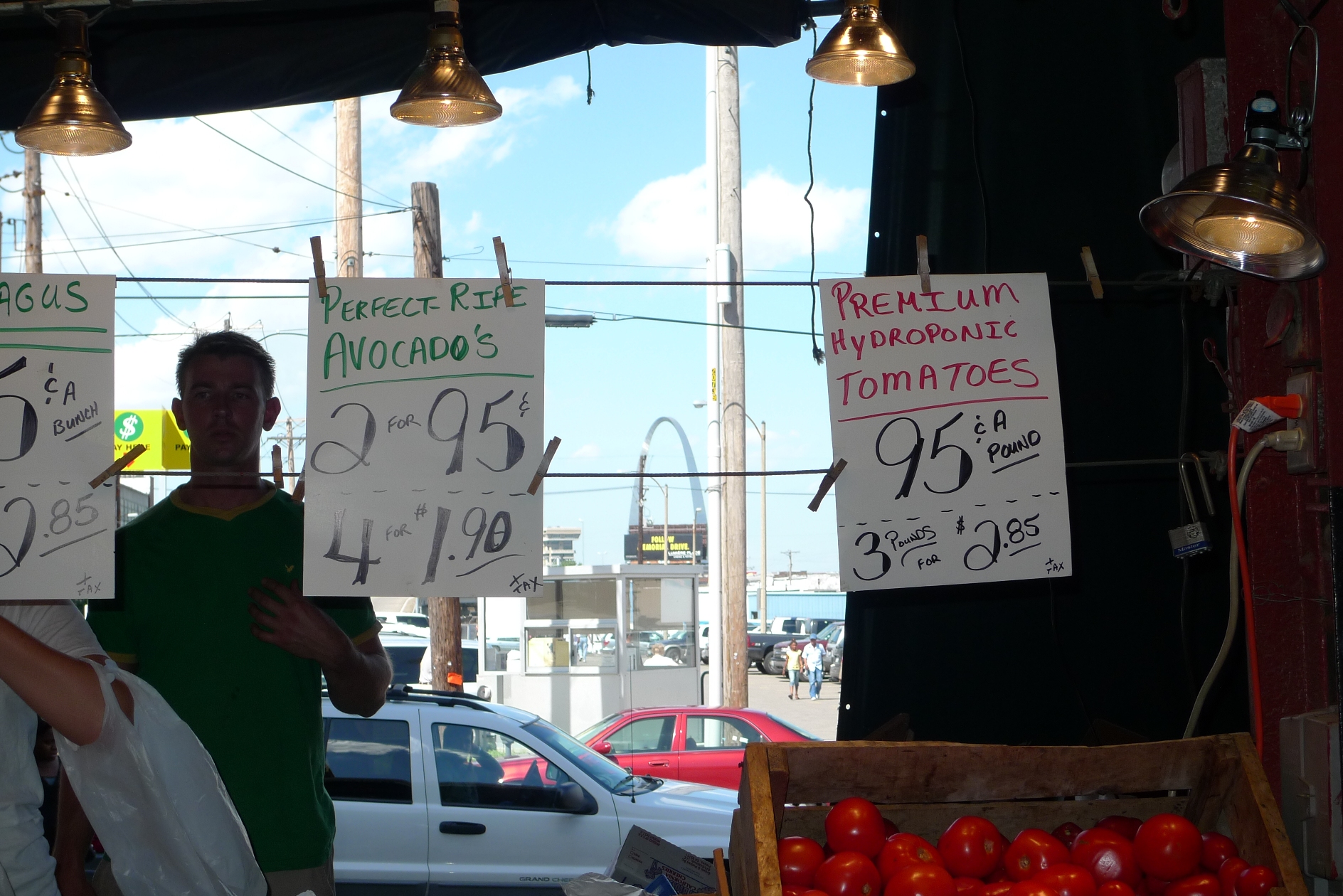 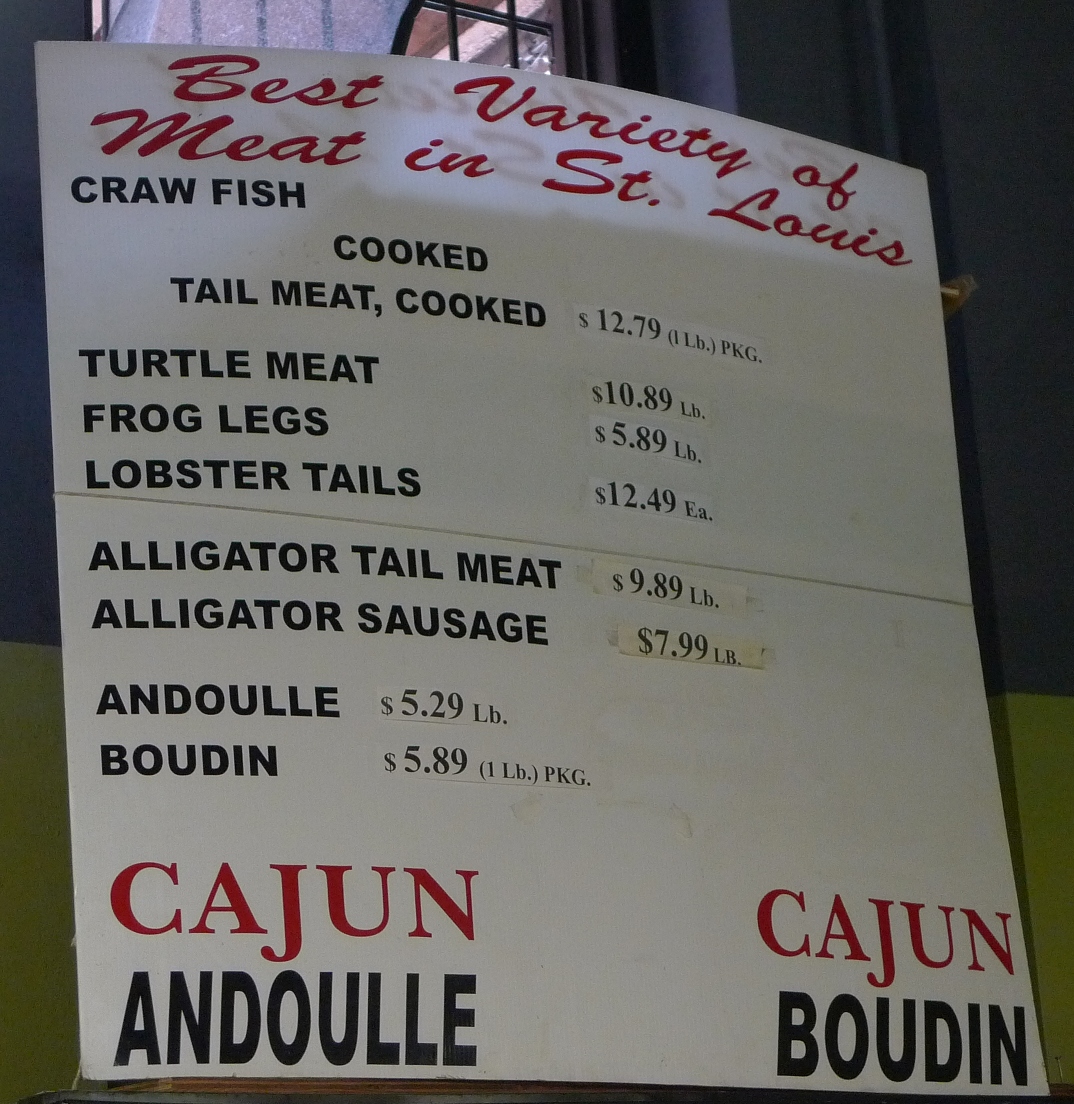 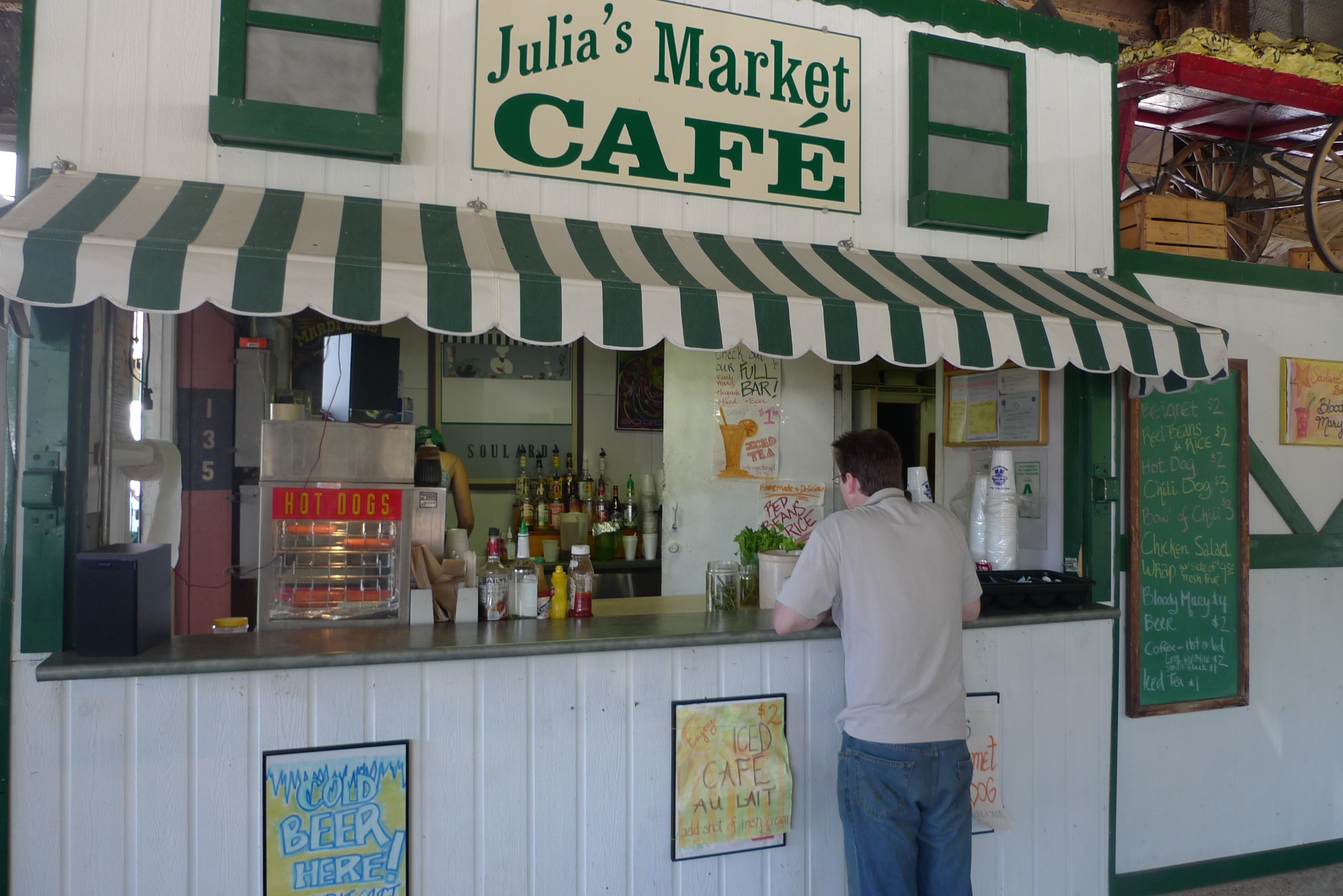 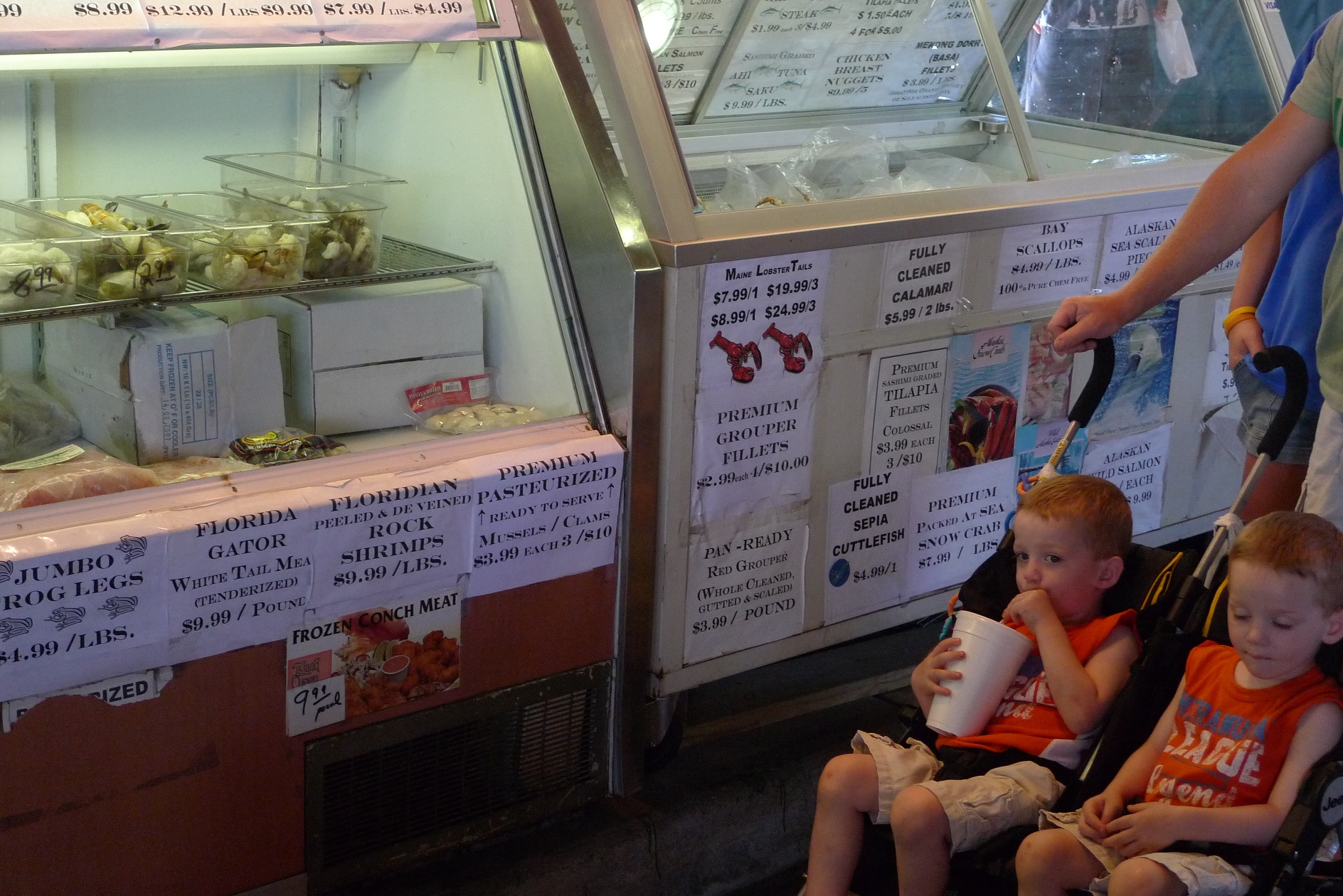 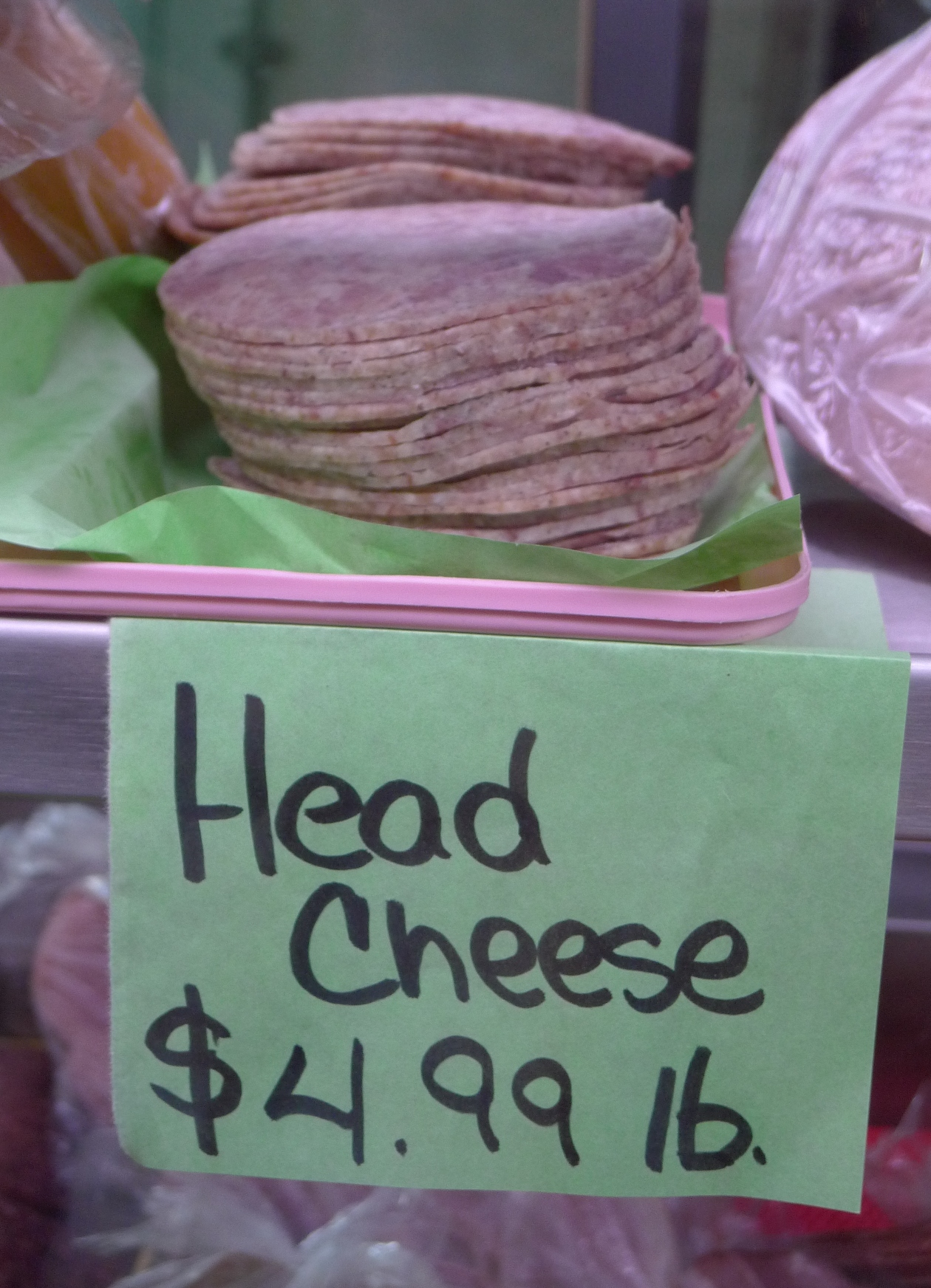 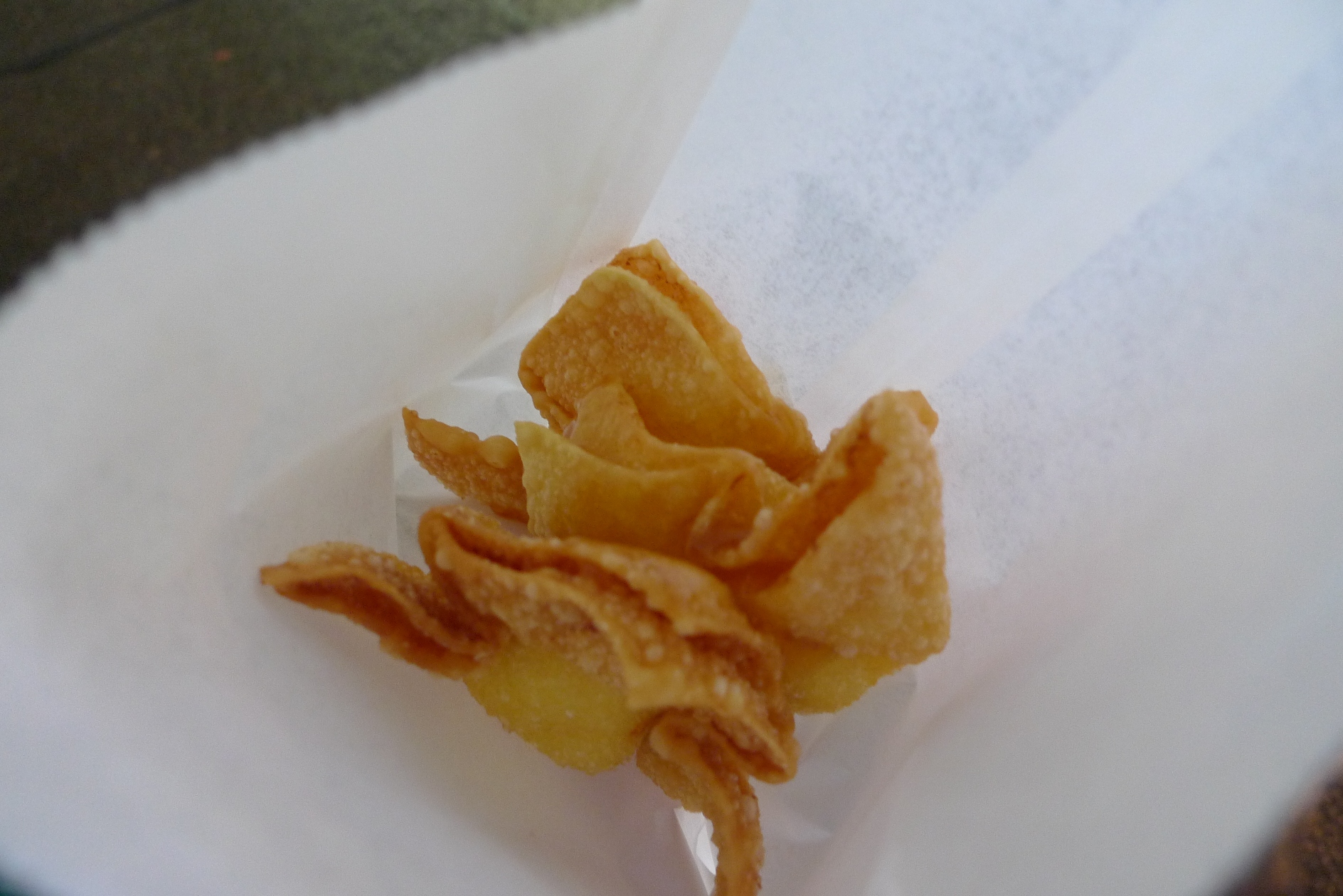 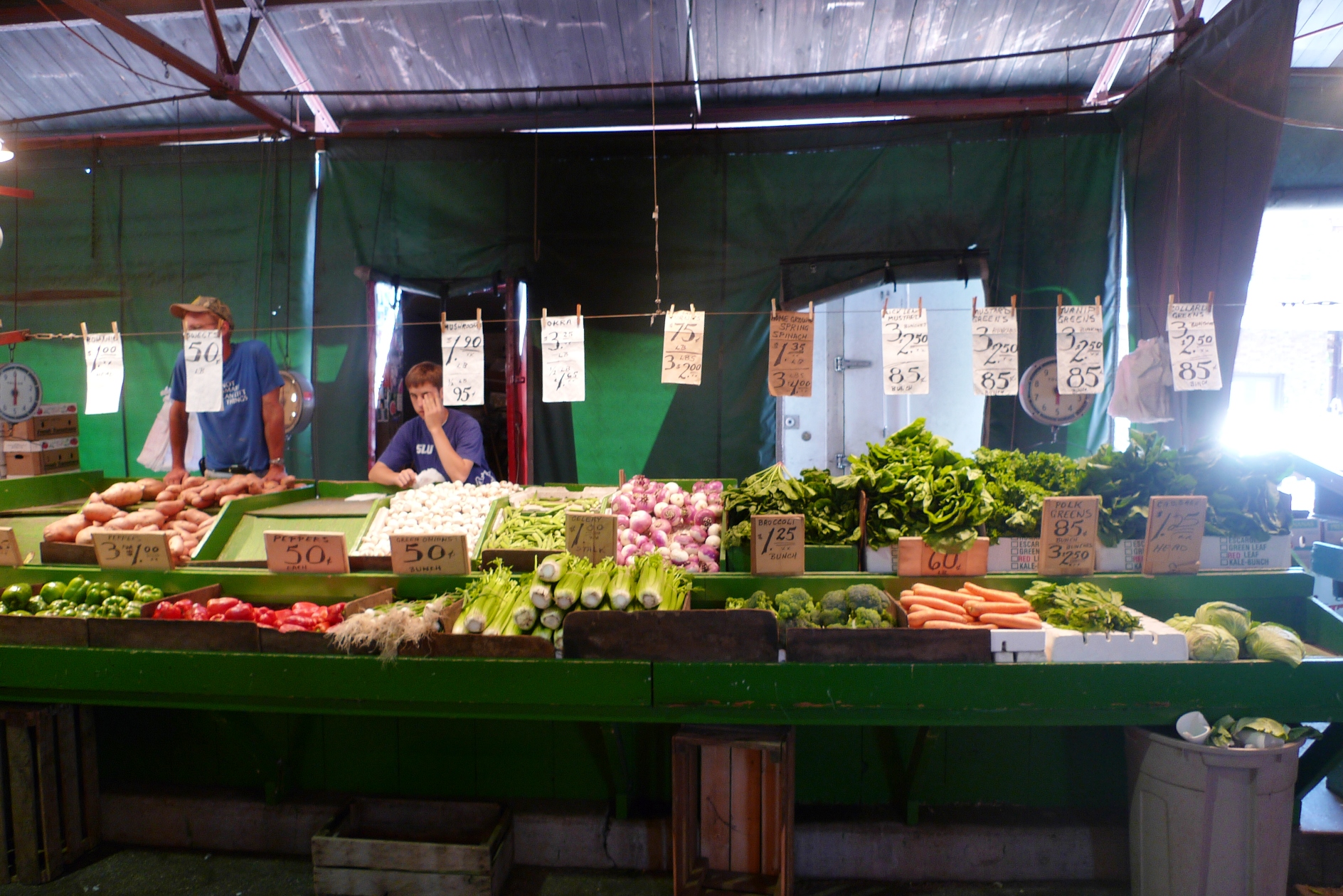 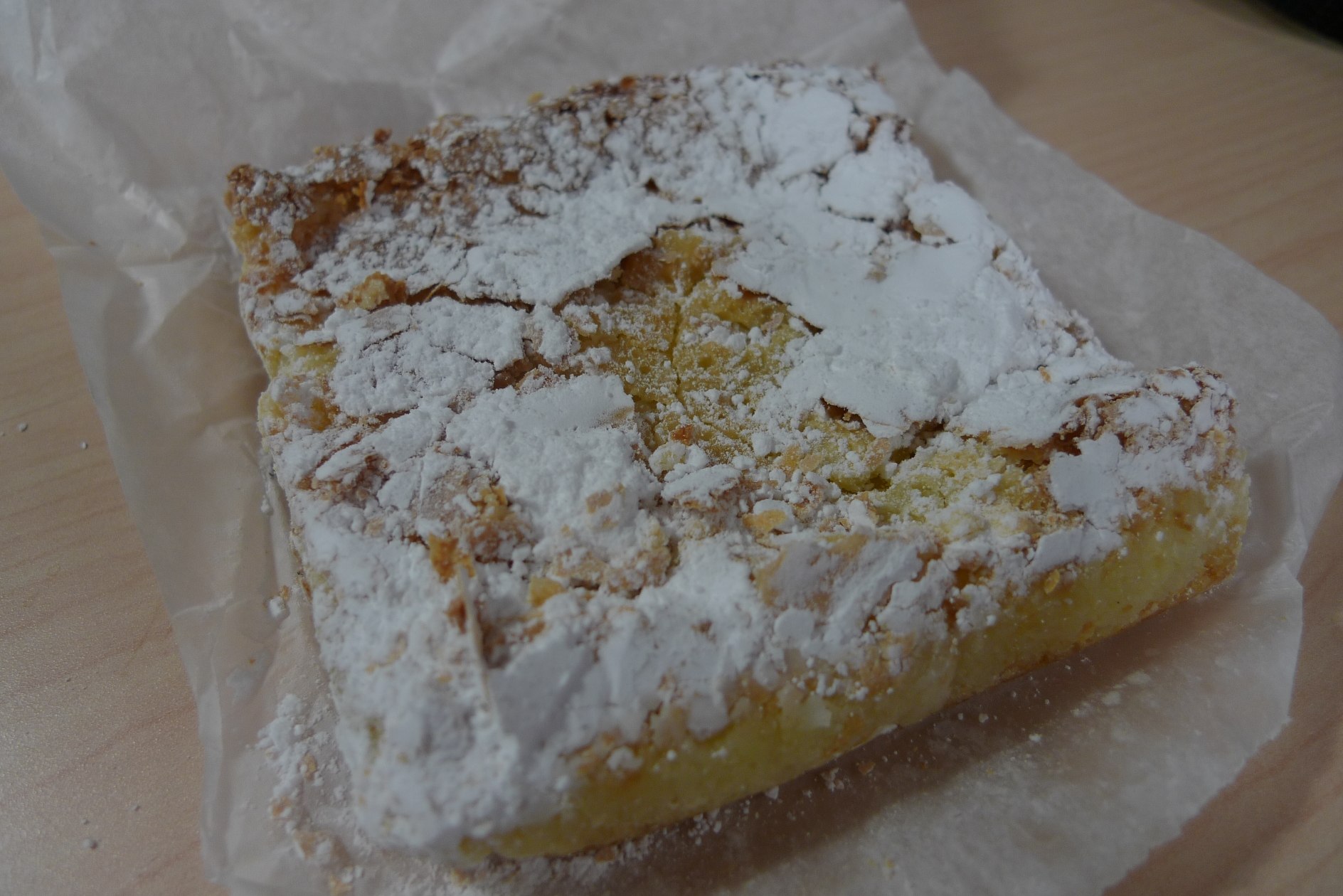