“Why don’t you write about those Carnitas on my blog, I made an account for you” said mr smokeandumami enthusiastically.  But I wasn’t sure, this blog is like a diary isn’t it?  If not a diary then it’s Nick’s personal expression of his love of good food.  So at best I’m going to feel I’m doodling over another man’s thoughts.  At worse it could be even more personal, it could feel like playing with another man’s todger!  I know in these enlightened times that that’s kinda ok, but you know I’ve just never been that way inclined.  After a few days though I’ve warmed to the idea, maybe it’s more like he’s thrown me the keys to his Ferrari and I’d be foolish to turn down the opportunity to give it a blast around the block.  So here goes, wheelspinning away on the first proper collaborative contribution to smokeandumami.

Last Saturday there was Popstrami reunion round at Nick and Hannah’s where we had a nice casual dinner with a San Francisco cookoff theme.  This had been brewing for a few months and originally the main course was supposed to be Mission-district Burritos, massive tortillas overfilled with rice, refried beans and meat.  Truly a meal (or two) in itself.  I’ve had these from a Mexican street cart in New York and to be honest, they weren’t that great.  What are great are Carnitas, and as I’d volunteered to do the main then that’s what I’m going to cook!  Carnitas translate to little meats, these are little open tortilla parcels filled with highly spiced shredded pork, a little salsa (pico de gallo usually) and guacamole.  Here’s how I made them the other day, it was enough to feed ten hungry people – about 30 portions.  Although there were only 7 of us! 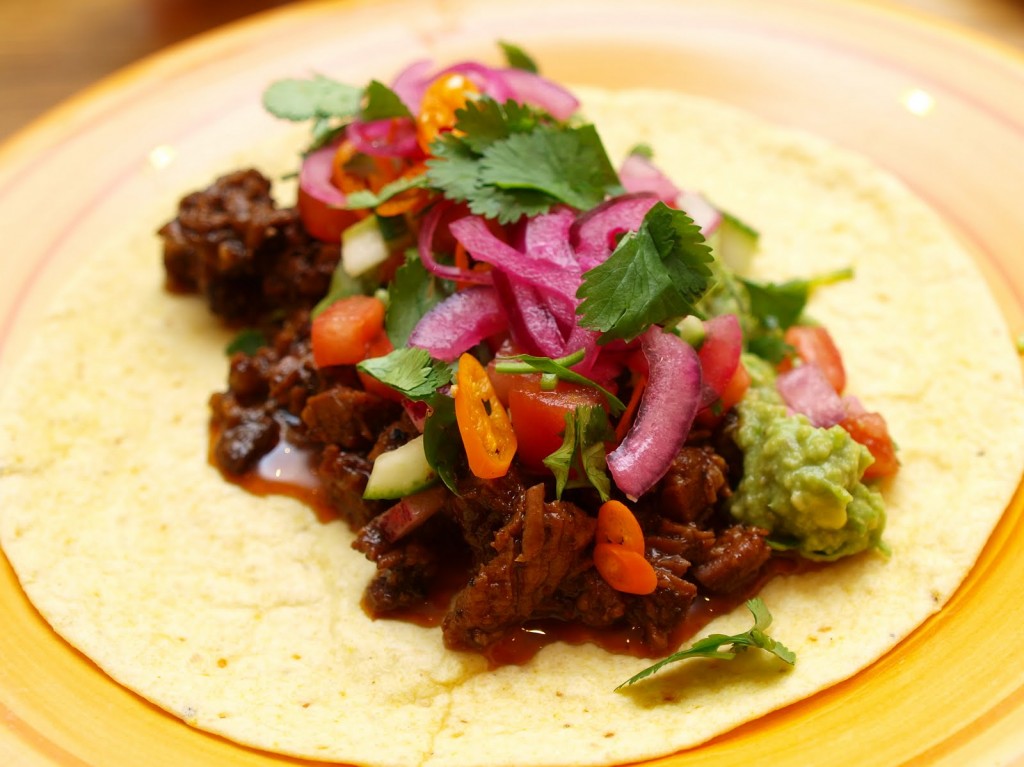