The drive from Joliet to St. Louis was a total blast (as they say here).

Jetlag meant I slept lightly after about 4am and eventually decided to get up at seven to get cracking, fully awake. I guess this is what “larks” are like normally in the mornings. It’s quite unnatural to be awake and alert before 10am. 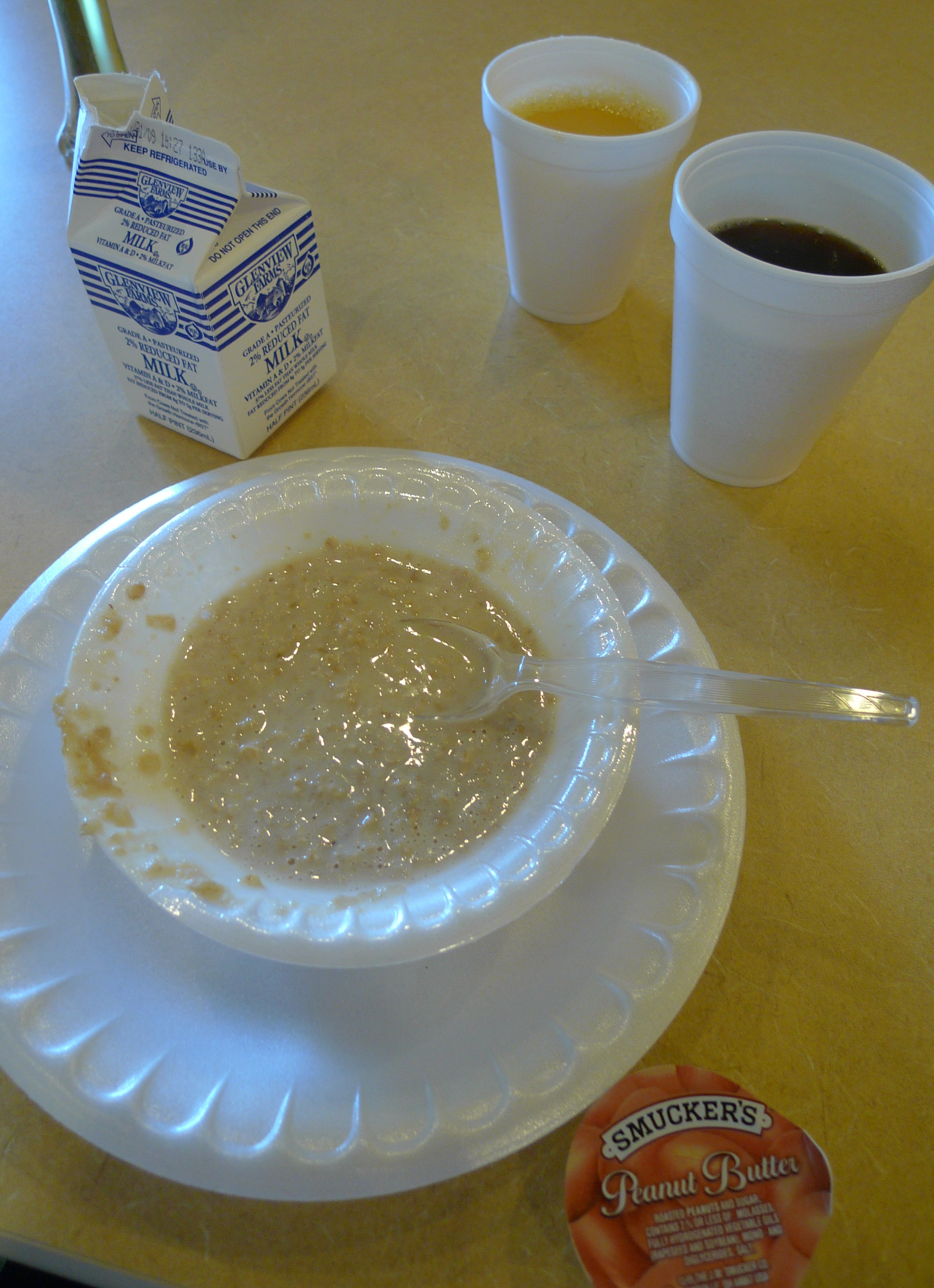 I had my instant oatmeal, sweetened with some Smuckers’ peanut butter (oh yeah) and strapped in to Yasmeena the Yaris for the first leg of 66.

Route 66 – the “mother road” or “main street USA” is the original route to the West and part of the federal highway system established in 1926 (it says here). It was officially decommissioned in 1985. If you want to drive it you really need a map or a list of sat-nav way points. There are brown “Historic Route 66” signposts so you know you are on it, but it often isn’t clear how to get from segment to segment. Setting up the sat-nav requires you change your planning preferences to avoid the fast sections of road so it will keep you on the old bits. The drive from Joliet to St. Louis is about 250 miles and would take less than 5 hours on the Interstate, but if you want to do Route 66 properly you have to add at least several more hours to that plus extra for stopping. 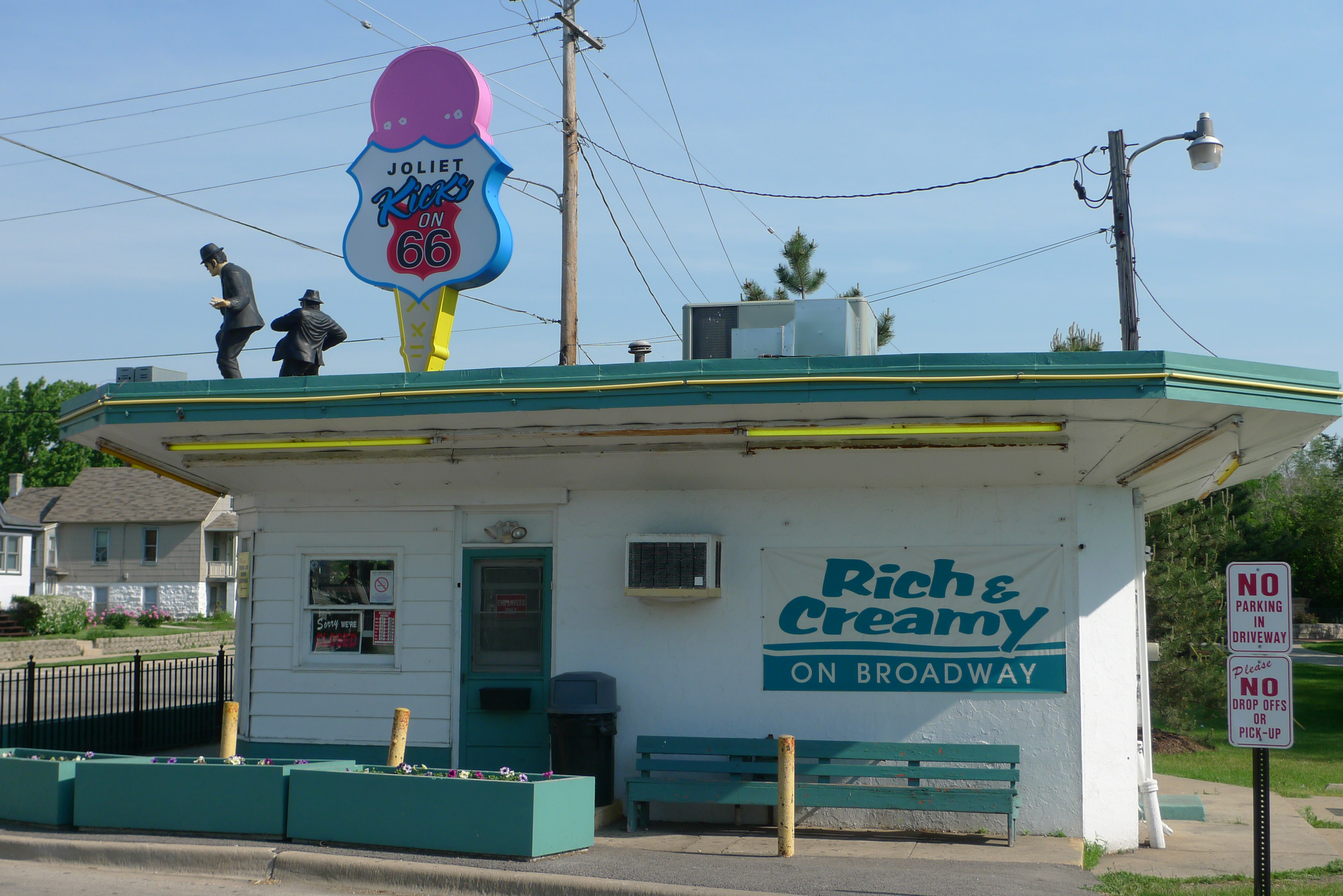 In many places it runs exactly parallel to the current I-55 which gives you this weird videogame parallax feeling if you look sideways, compounded by the fact the railroad also runs alongside. Hardly anyone drives 66 unless they are doing a tourist trip, so it is actually clearer and faster than the freeway most of the time, unless you get stuck behind something.

It was a hot, hot day yesterday with temperatures into the mid-80s (around 30 degrees C) and pretty humid. But with the AC on and some classic rock radio pumping out Led Zep, Joni Mitchell and Guitar Hero favourite Moutain’s Mississippi Queen I hammered down the mother road quite happily.

Opposite the road there is Lombardi’s 50-year-old Chevvy and Buick dealership with classic sign. I admired the new Chevrolet Camaro and had a chat with Joe Baci, the sales guy. Finding out I was English, he was laughing about the American Airlines pilot who was arrested at Heathrow for boarding his airliner drunk last week. Having established my motorhead credentials he was keen to find out what I was driving. I think he had in mind either a Mustang GT or perhaps a Chevrolette convertible. Rather sheepishly I admitted that I had a Yaris. Business was slow, he said. He lamented the number of foreign imports on the road, and it is true that Toyotas, Nissans, Lexuses (Lexi?) seem just as commonplace as Fords and Chevvies. 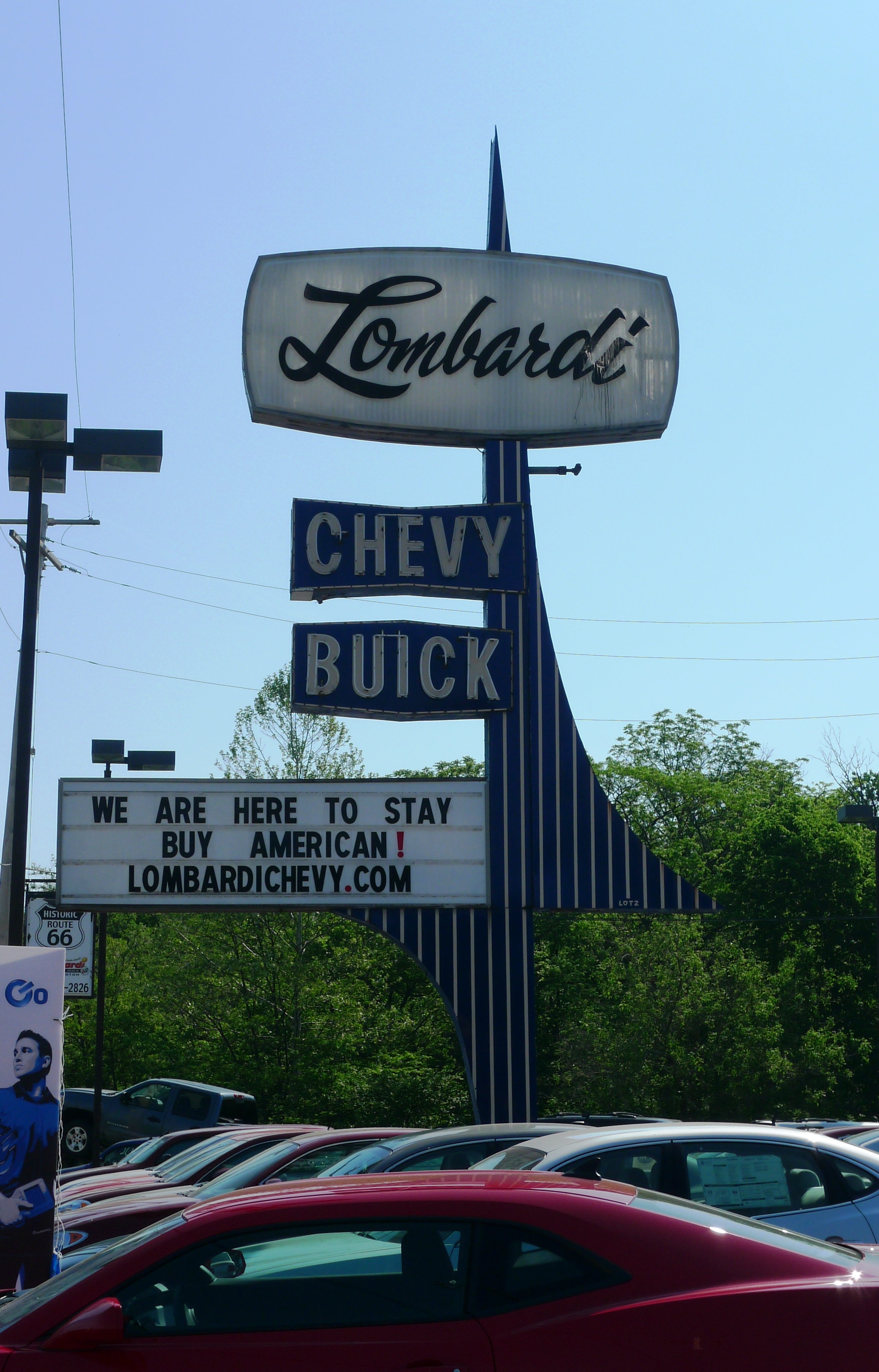 I pitch up in Dwight and have a macchiato at the drive-thru Java Stop. They are closing down, I assumed because business was bad – there really isn’t much traffic on 66 even on this holiday weekend – but no, because the owners’ mother-in-law owns the land and is planning on selling it. Sounds like a story there. However, being as the Stop is made from two welded shipping containers there are hopes that it can be picked up and moved somewhere else. As this was its final weekend, the car in front of me donated their $2 loyalty coupon to me, so I got my macchiato for just 13 cents. Result!

Part 2 of my route 66 journey coming soon, don’t worry, this one will have food pictures!