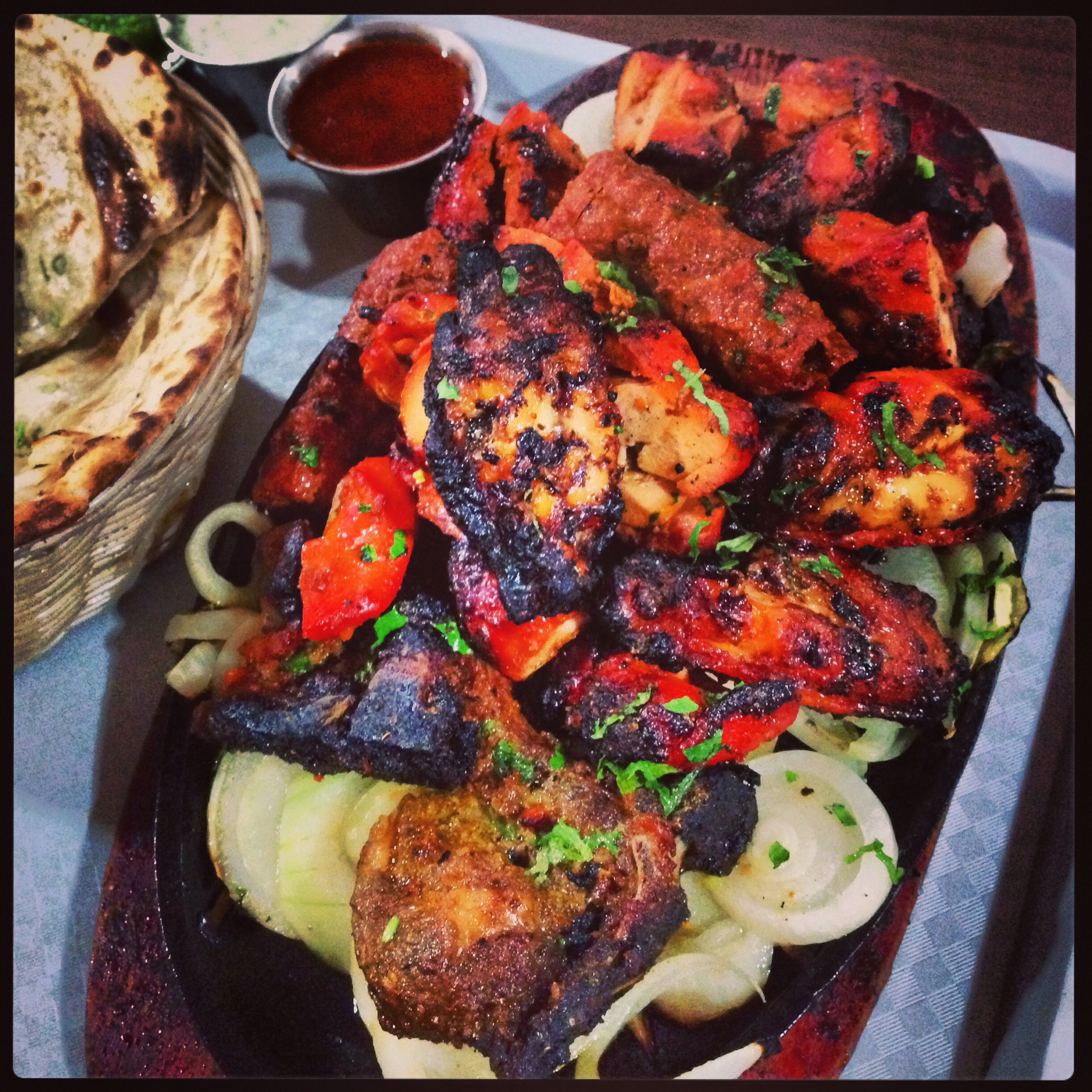 Classic pub grub, remember that stuff? Not the gastropub fare that you get nowadays. Not the multi Michelin starred gourmet delights of Tom Kerridge’s proper pub food. No I’m talking about the horrors of the 80s and 90s, where if you wanted more than a bag of pork scratchings or piss-stained peanuts you ran the eminent danger of salmonella poisoning from a week-old reheated lasagne. Those were the days, you really didn’t want to see what was going on behind that greasy kitchen door. Some bloke scratching his arse all the while dropping fag ash on your chicken kiev? The least of your problems. When the food came, it was obvious it was nothing more than a cheap sop for desperate binge drinkers. You had to drink more to erase the memory of it.

All those old boozers, all those kitchens, all that potential. Well in Brum some of that potential has been realised. In venerable pubs across the city, kitchens have been handed over to people who actually care about cooking good food for a decent price. The Thai chefs at The Bartons Arms being a shining example of this, but also the exception as most of those kitchens have been skewered by the expert grillers of the Punjab. Yes, in back rooms across the metropolis, fingers are being stained red from the smoky spice of a thousand kebabs. Here’s a smoke&umami (i.e. brief) guide to some of them:

The daddy, the one everyone thinks of when you talk about Indian BBQ. On an unassuming back road, first left after the big West Brom roundabout, the small traditional frontage gives no indication to the behemoth of a grill room and garden in the back. Order your grilled food from the grill area but order your curries and bread from the bar at the front. The trick is to get them to arrive at the same time. I have no idea how the system works, it’s semi-organised chaos, just cross your fingers! Thankfully everything arrives pretty quickly as the kebabs are pre-cooked and finished to order. In all of these places it’s always the mixed grill, why would you order anything else? A mountain of grilled meats for not much money where you can assess the strengths and weaknesses of each restaurant. On the plus The Vine does pork steaks and the spicing is pretty much spot on. On the minus the chicken can get a little dry. Curries are good but breads are pretty ordinary.

A stones throw away on West Brom high street is the other one. It’s the question that always comes up; The Vine vs The Sportsman, which one is better? The question should be; is there any difference? To me, not really. The grill room at The Sportsman is smaller and still feels like a back room of a regular pub. You can order everything from one hatch so it all comes at the same time. I really can’t decide between here and The Vine. The food is identical. Toss a coin if you’re in West Brom.

It was making me itch a little being in the Black Country. Being a Brummie born and bred it has that effect on me! So it’s actually nice to find myself in Handsworth, no lie, actually very pleased because at one end of Grove Lane is where I went to school and at the other is The Grove pub freshly rebranded as a bar and restaurant. Fond memories of underage drinking were not rekindled as the place has been completely refurbed. There is still some semblance of the front bar but out back is now a large spotlessly clean dining room lined with hd TVs showing Sky Sports. The semi-open kitchen and grill is in one corner. This is the best ordering system of all, one hatch where you order, they give you a remote buzzer that vibrates when your order’s ready to pick up from a separate adjacent hatch. The kebabs taste a notch above those of the The Vineman (see what I’ve done there) and despite also being pre-cooked the chicken tikka is some of the juiciest and flavorful I’ve ever eaten. The seekh kebabs are spicy, thick and meaty. Special praise goes to the bread here, parathas and rotis are excellent. No pork though which is a shame but for me the best of the bunch.

Staying in Handsworth we’re now in the fairly rough looking Farcroft, which will please purists who complain about The Vine having been sanitised. If you want grit then this is the place for you. A big pub which has seen better days. You wend your way through the back gate to the BBQ area where you get fairly standard renditions of everything including pork steaks. Strangely the mixed grill is small here, it only includes wings, seekh kebabs and chicken tikka. But, like the surroundings, everything is really cheap so you can order extras to your wallets content. Spicing is really good here but a hard sell for me considering The Grove is just two minutes down the road.

Quite a small corner pub on Constitution Hill a brisk walk from Snow Hill. They’ve only been serving Indian BBQ for about 6 months and pride themselves on cooking everything from raw. Only problem is that there’s an interminable wait for your food. Compounded by no visible kitchen, always a worry with these kind of places. There’s a primeval buzz to seeing stacks of skewered meat piled high ready for the flames. It’s one of the big draws of these pubs. It’s worth the wait though, the large mix grill is good and includes fried chicken, fried fish and green chicken! A kind of green chicken tikka, quite tasty though I could really do without the fried stuff in my mixed grill especially as they sacrifice lamb chops for them. The bread here, a bit thin and crispy, isn’t as good as The Grove. There’s not much dining space but they have plans to extend out into the beer garden. A good option if you’re in town and have craving for mountains of meat.

Here’s one from the southside of town. Yes we have meat lovers down here too though mostly we’re catered for by Muslim kebab and curry houses. So it’s actually rare, possibly unique, to find a grill in a back of an actual working pub in the south of town. The Shaftmoor, similar to The Farcroft, is a big old pub not far from the Mughal e Azam . Which probably does the best mixed grill anywhere in the city not just in the back of a pub so it has some stiff local competition. The grill is actually called Minesh’s BBQ as Minesh has taken over one of the pub’s outhouses. He was plying his trade down the road in The Sparkhill Social Club in Sparkbrook but moved because it got a bit rough. I did the same! This is the smallest operation I’ve come across so far, just your man on the grill and taking orders at the same time. Hygiene is also the most dubious as he cooks everything from raw. Seeing him scoop a big handful of seasoned raw minced lamb, expertly forming seekh kebabs then handing your change covered in lamb gore is certainly keeping it real. Some may be may put off by this, I was a little, especially when I found a rare piece of chicken tikka in my order. The seekh kebabs are delicious though. If you want to get close to the action then this is the place, this has the most backyard feel of all of them. 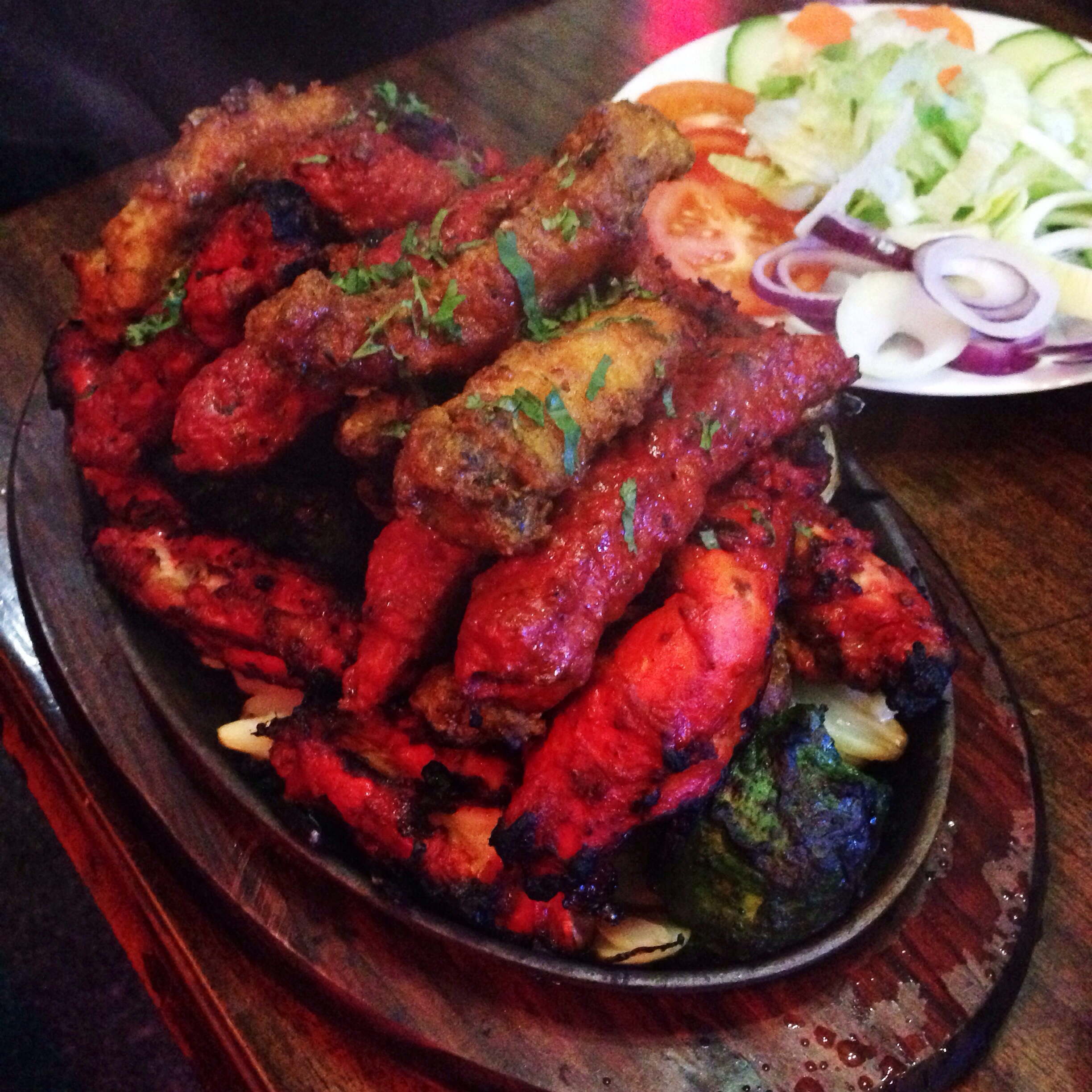 One thought on “Indian Pub Grills – A Roundup”