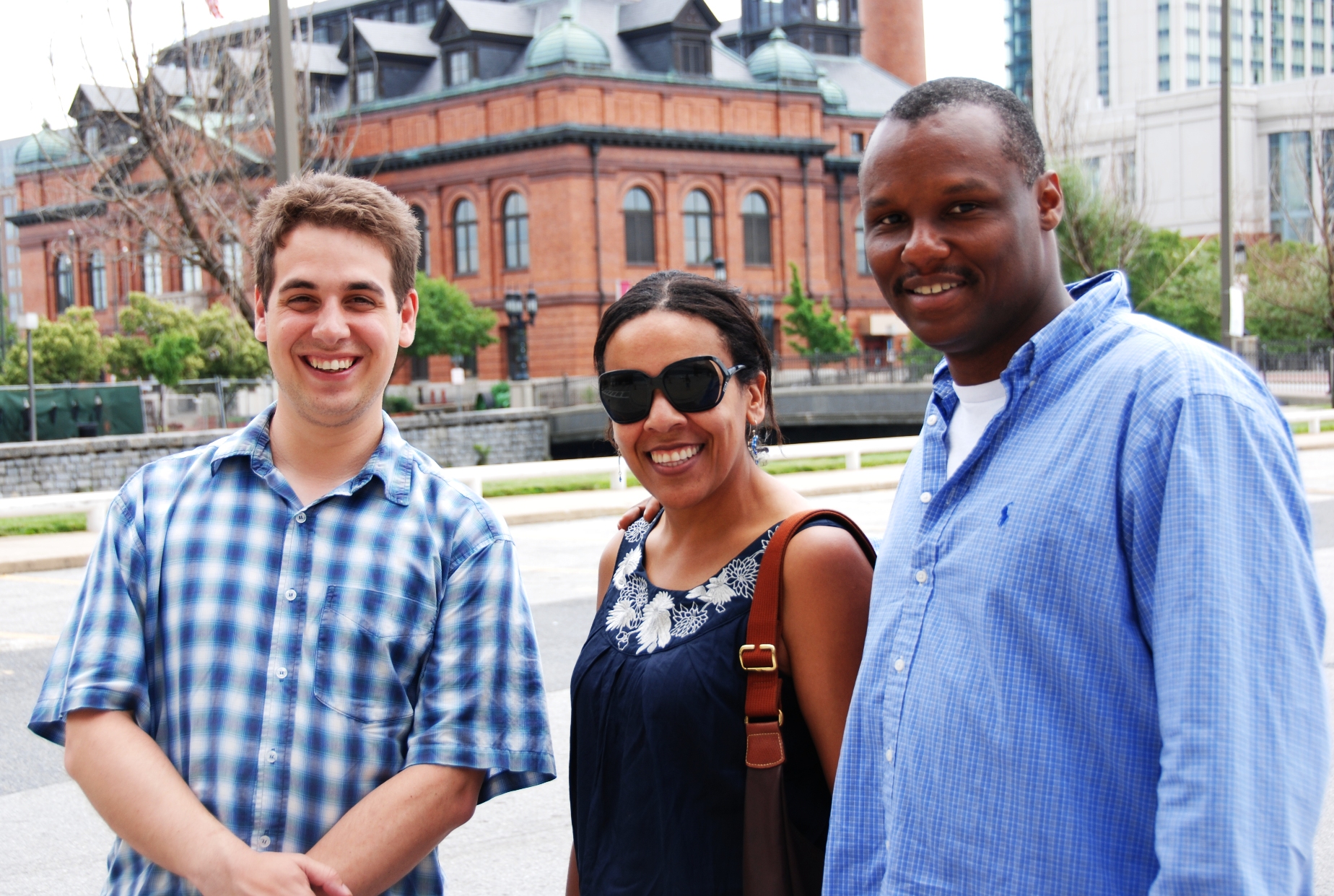 Perhaps the destination I’d most been looking forward to on this journey was Baltimore. To most people in the UK right now, Baltimore means the Wire. Hannah and I are massive fans, we finished the last episode of this incredible, multi-layered drama the day before I left for the US and plan to start watching it again when we get back.

Of the many themes covered in the Wire, crime, drugs and murder are probably at the fore. It seemed wise to have a local guide when exploring. We’d already been told that this is a city where you can end up in some gritty areas simply by walking a block over from a “decent” neighborhood.

Luckily, Karen Nelson from JCVI and her husband Tony were willing to take us around. Tony, a builder and architect, grew up in DC and went to school and college in Baltimore. 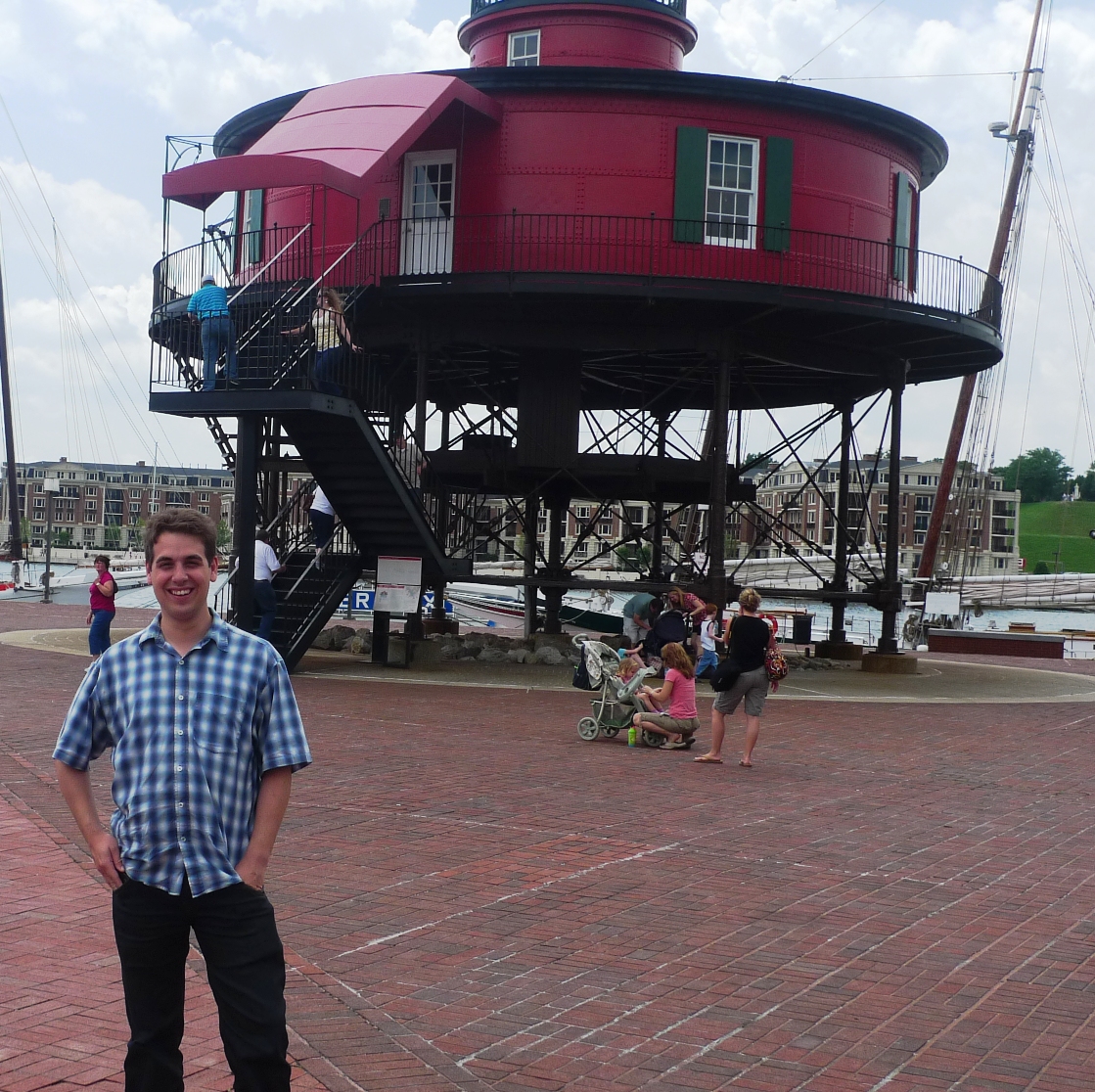 First stop was the harbour. This is the tourist-friendly side of Baltimore. A large area with pleasure boating, the National Aquarium, huge Hard Rock Cafe etc. Over the water is Fort McHenry – Tony was keen to point out this was were the Battle of North Point took place: or where “you blokes” got whupped by US forces. Instantly recognisable to Wire fans is the iconic Seven Foot Knoll Lighthouse. Do you remember the scene where Lt. Sydner makes the call from the ‘serial killers’ phone, prompting police helicopters and squad cars to flock to the scene?

We visited the aquarium which was fantastic and nicely-laid out. A strange throwback was a dolphin show – I haven’t seen one of these since they closed down the Brighton Dolphinarium in 1987. These creatures do seem still too intelligent to be wasting their time entertaining us with facile tricks. At least put them to work I say, perhaps they could patrol the Baltimore Docks. 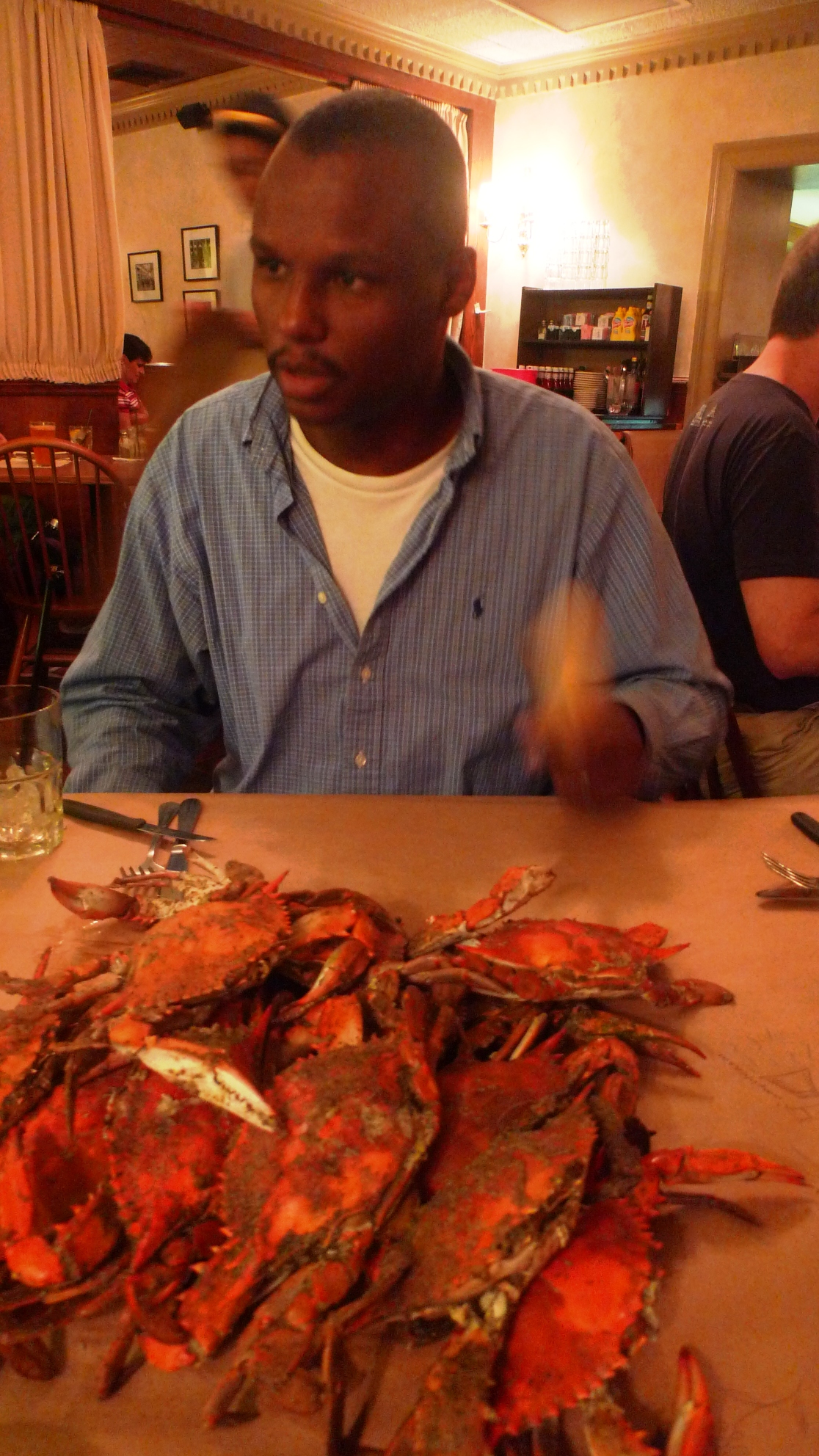 Something about the aquarium had worked up an appetite for some sea-food. A missed opportunity to put a traditional crab house in the aquarium meant a short trip down to Obrycki’s for lunch. The neighbourhood had obviously seen better days, and taking happy snaps of the corners apparently was a bad idea.

Obrycki’s was exactly what I been looking for in a Baltimore crab house: dim lighting, funereal curtains and wooden tables and chairs. We were served by a proper B’more waiter. He spread brown paper over the tables, got us a pitcher of the local brew and told us “A dozen crabs in a bushel is $46”. The answer from Tony and I was clearly yes, bring that right now – before we had even consulted the ladies present who may have wanted the more delicate concoctions on offer. The bushel was up-ended onto the table and dinner commenced.

Crabs here come steamed (rather than boiled), in copious amount of Old Bay seasoning. Old Bay seasoning is black and red pepper, celery salt and various spices which encrusts the shells. The crab variety are Maryland Blue Crabs. They used to come exclusively from the Chesapeake Bay, but demand has increased and supply diminuished such that they are shipped in from the Gulf states which also get the crabs but don’t have a crab culture of their own. 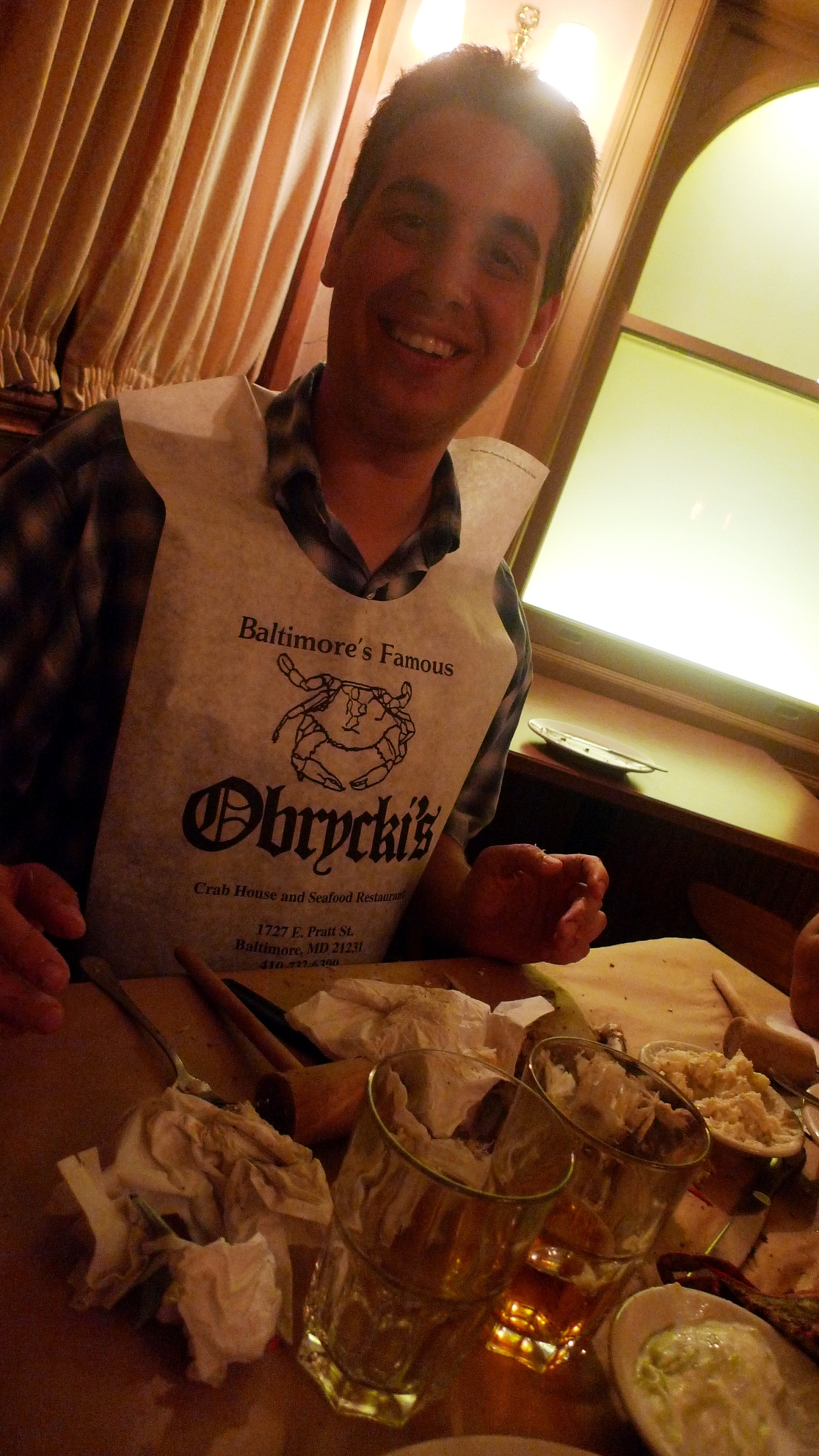 Compared to British restaurants, the tools employed to help with dinner are rudimentary: a wooden mallet, a fork and a sharp knife. First bash open the claws and devour the sweet meat inside. Then use the knife to prise open the abdomen, rip off the dead man’s fingers and discard, and then work your way through the flesh inside.

The crabs were really sublime, perfectly cooked, deliciously sweet and with just the right amount of seasoning. I really could have spent all day eating these. 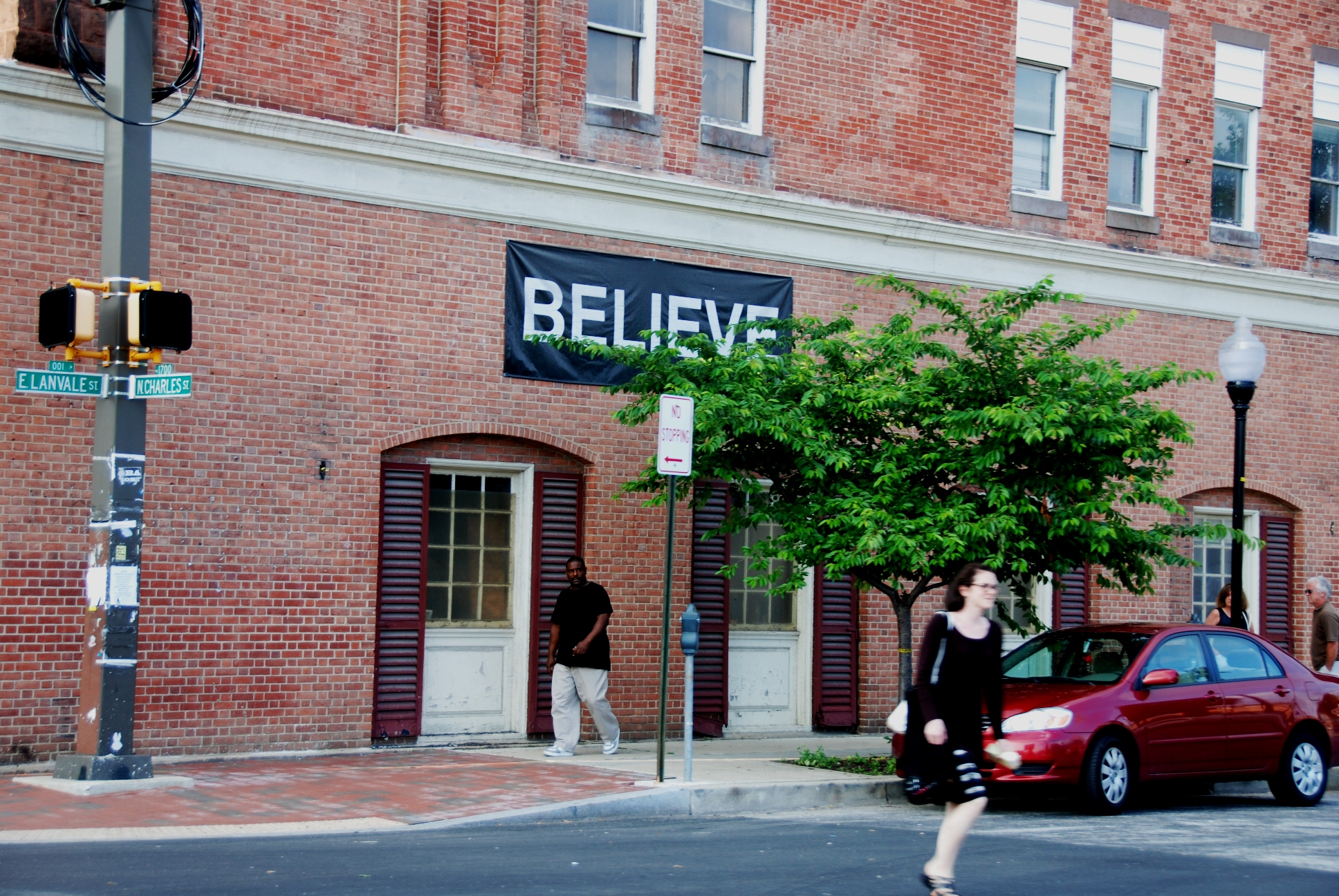 Full of crab, we made our way to the car and Tony took us on a quick tour of Baltimore. As with many cities there is a “good” and a “bad” bit, but in Baltimore the juxtaposition is stark. He showed us the complex of correctional facilities in the centre of the city which were dismal looking. We spotted some corner boys. The houses were once proud, now often boarded-up and allowed to degenerate. 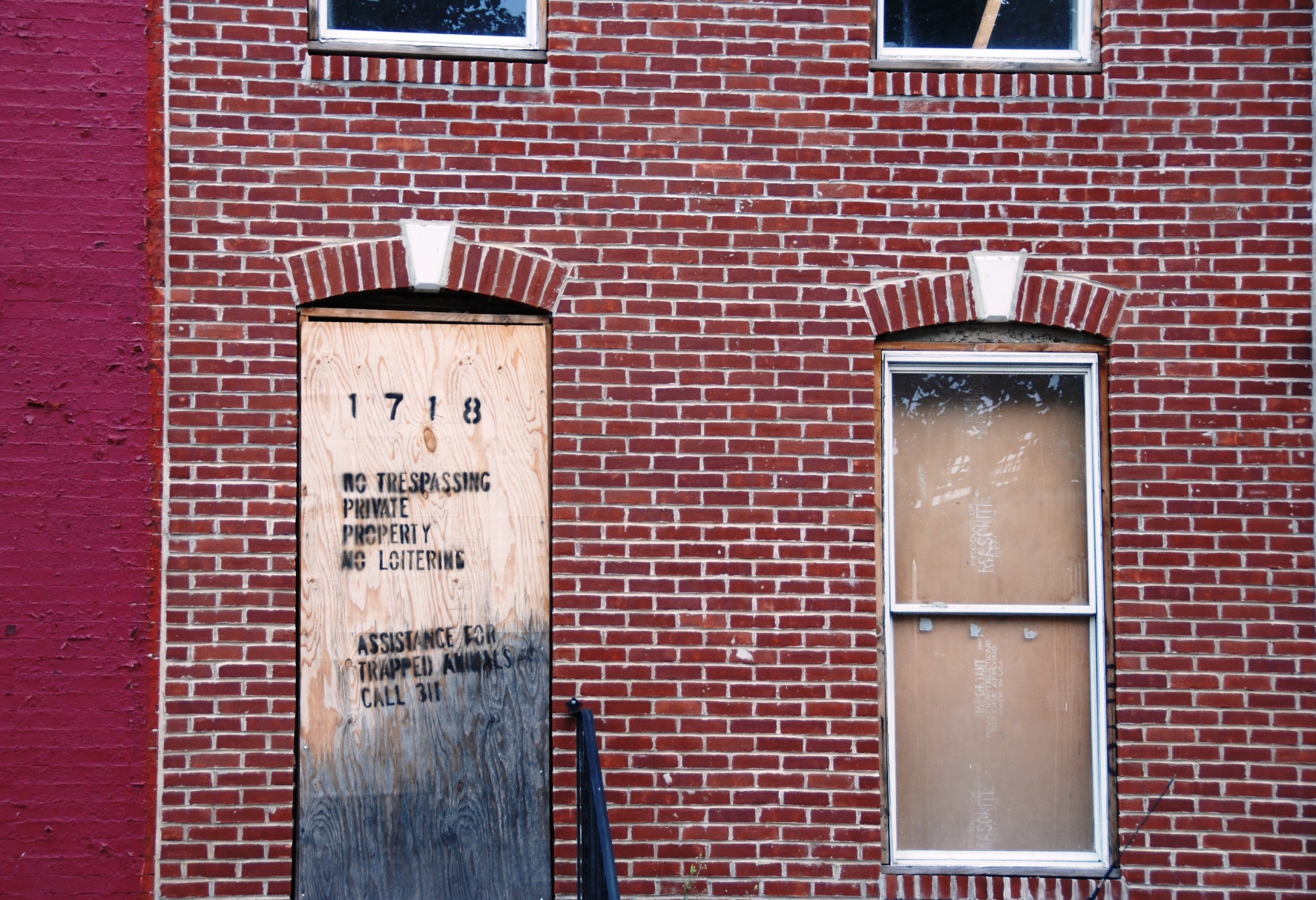 A couple of blocks over, north of Downtown the picture changes completely. Imposing pre-Depression mansions show the wealth that flowed through Baltimore, once a more significant port city than New York and as important as Philadephia. Verdant, open spaces house the John Hopkins buildings and various other presitigious academic institutions.

4 thoughts on “Getting crabs in B’more”