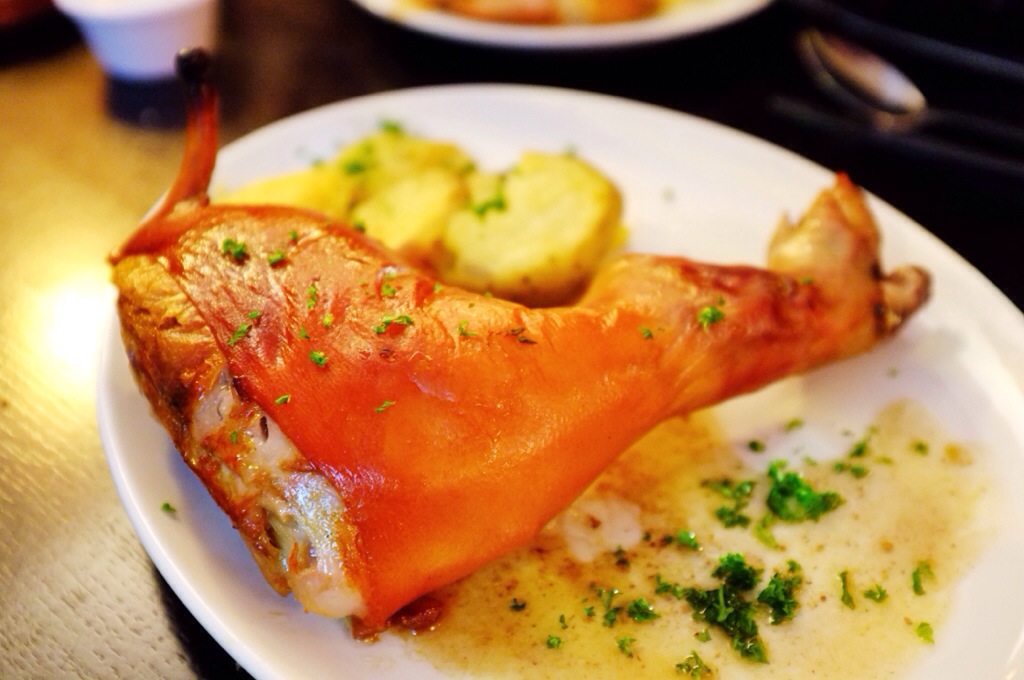 A roast suckling pig leg and a few potatoes for £18, go. I could just end the review there but I’ll carry on for a couple more paragraphs to annoy you.

Traditional Spanish food as we know it is not difficult, simple bold flavours with great ingredients. Then why do we get it so wrong so often? Tapas is an excuse to tip a cheap jar/tin of olives/peppers/chorizo/anchovy into a cazuela and charge quadruple for it. Who has actually ordered a paella in a Spanish restaurant in Birmingham and got something even close to what they could cook at home? It’s a bit of trick question because there aren’t that many Spanish restaurants in Brum and the best paella in town is Argentinian.

So when I heard that Don Diego was actually really good I was doubtful. Not least because it was in Sutton Coldfield, which like Solihull is a bit of a wasteland for good or interesting food (dons tin hat). It’s in a lovely double fronted property at the end of the high street and like most Spanish restaurants they’ve included la cocina sink in decorating it. Paintings of matadors, photos of grizzled peasants working the fields, maracas, flamenco paraphernalia, you get the idea. The food though does that thing of making you forget where you are, everything is cooked just right. Even when it’s not cooked like the embutidos you can really tell it’s all excellent quality presented with care and attention. The only gripe was the Pulpo a la Gallega, which was bulked out by serving it on sliced potato. That was quickly forgotten about when the the last dish arrived, did I mention the suckling pig leg? Ah I did.

One thought on “Don Diego”