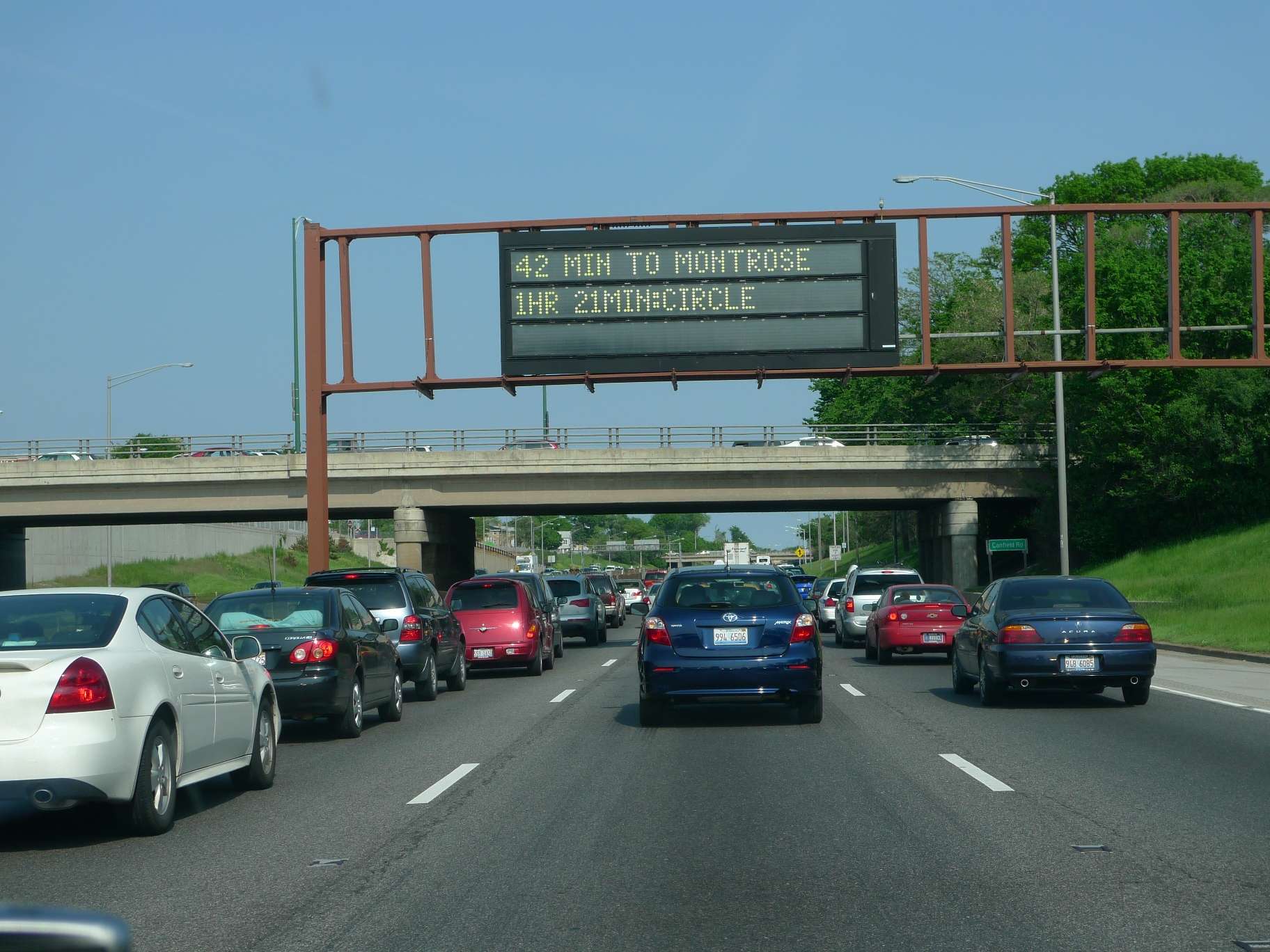 An early false start at Hertz: my Texas-plate Ford Focus was stone dead with not even juice to pop the trunk (as we say here). Returning to the rental desk I was told off for bringing back the keys, and got flipped a new set by the assistant with a grunt that told me that working in car rental doesn’t provide much in the way of job satusfaction.

Never mind, a Toyota Yaris was waiting for me in bay 409 and worked and everything. So, I stuck Neil Young’s 1971 “Live at Massey Hall” CD in and launched myself eagerly .. into the stand-still rush-hour Chicago traffic.

Three miles and one hour later this was looking like a schoolboy error and I was getting peckish. Flipping through the guide book and weighing the relative merits of food and art, I swung off the freeway and headed to Logan Square to find Hot Doug’s

Getting off the I-90 was a great move and was soon in lighter neighborhood traffic. I may have run a couple of STOP signs before I had exactly figured out what they meant, but no harm done. Arriving at my destination was serendipity itself as Hot Doug’s is right opposite Midway, the legendary Chicago developer and publisher. These guys were famous for many arcade game franchises including Mortal Kombat but sadly filed for Chapter 11 this year and were bought by Warner Brothers.

Even worse than that, Doug had packed up shop and gone home, I’d arrived 30 minutes too late. 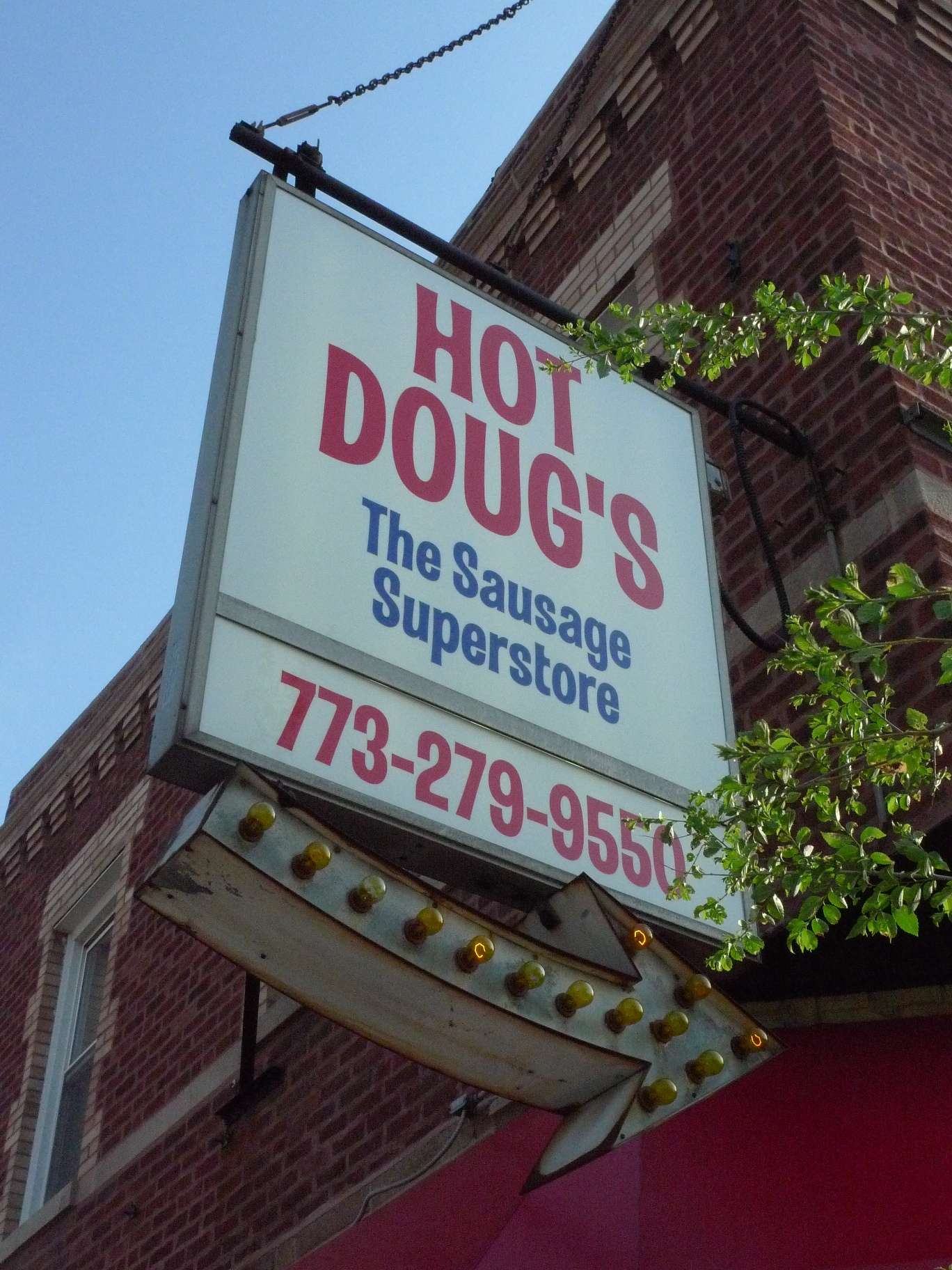 Not to worry! My guide suggested another hot dog hot spot: the “Wiener’s Circle” over in the Gold Coast district. This place is notorious for the abusive servers who engage in foul-mouthed banter with a usually drunk crowd staying open until 4:30am on the weekends.

However, like the Hertz rental lady, it was monosyllablic indifference rather than hot-blooded abuse I encountered. Luckily the hot dog was worth it: if you have it with “the works”, which I did, then it comes covered in onions, pickles, mustard, relish, tomatoes, celery salt and hot peppers. Or “dragged through a hedge”. 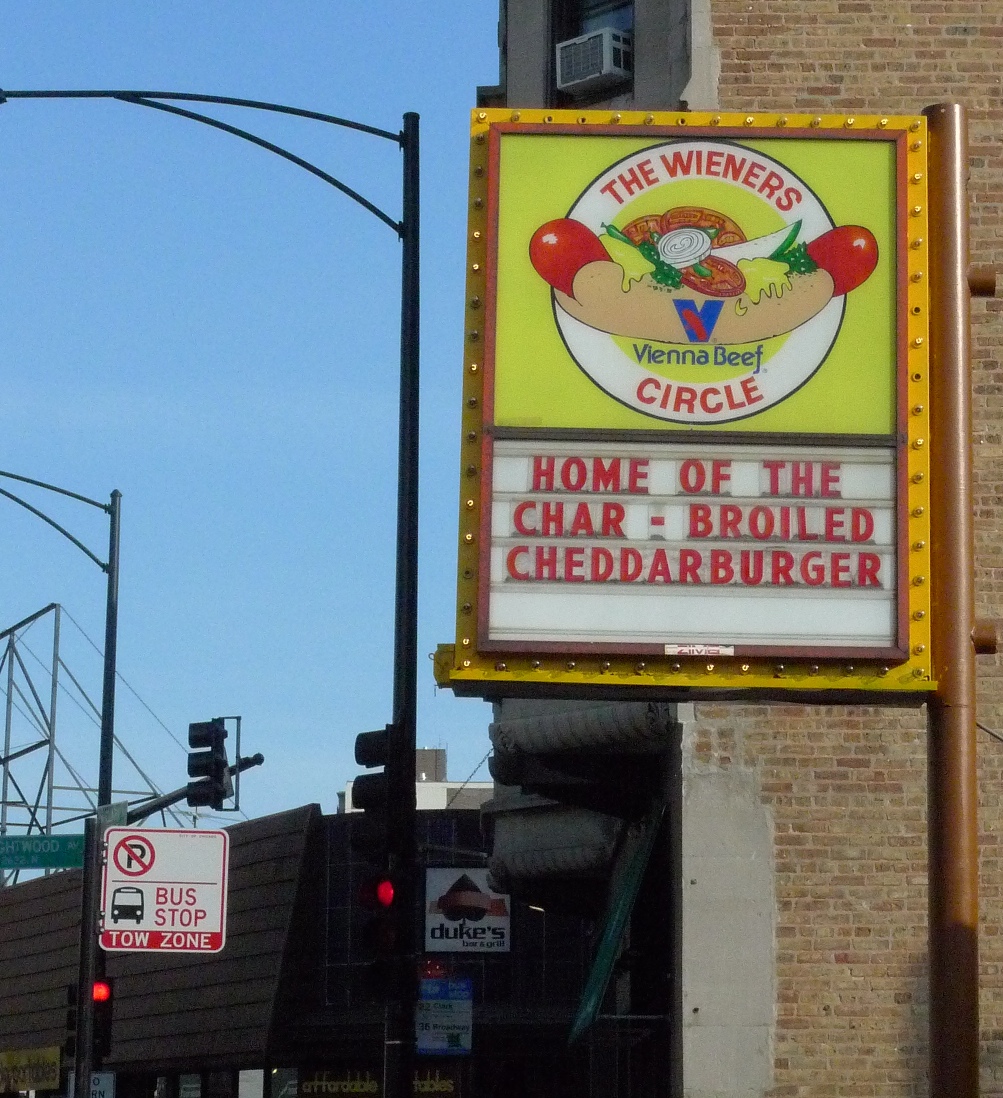 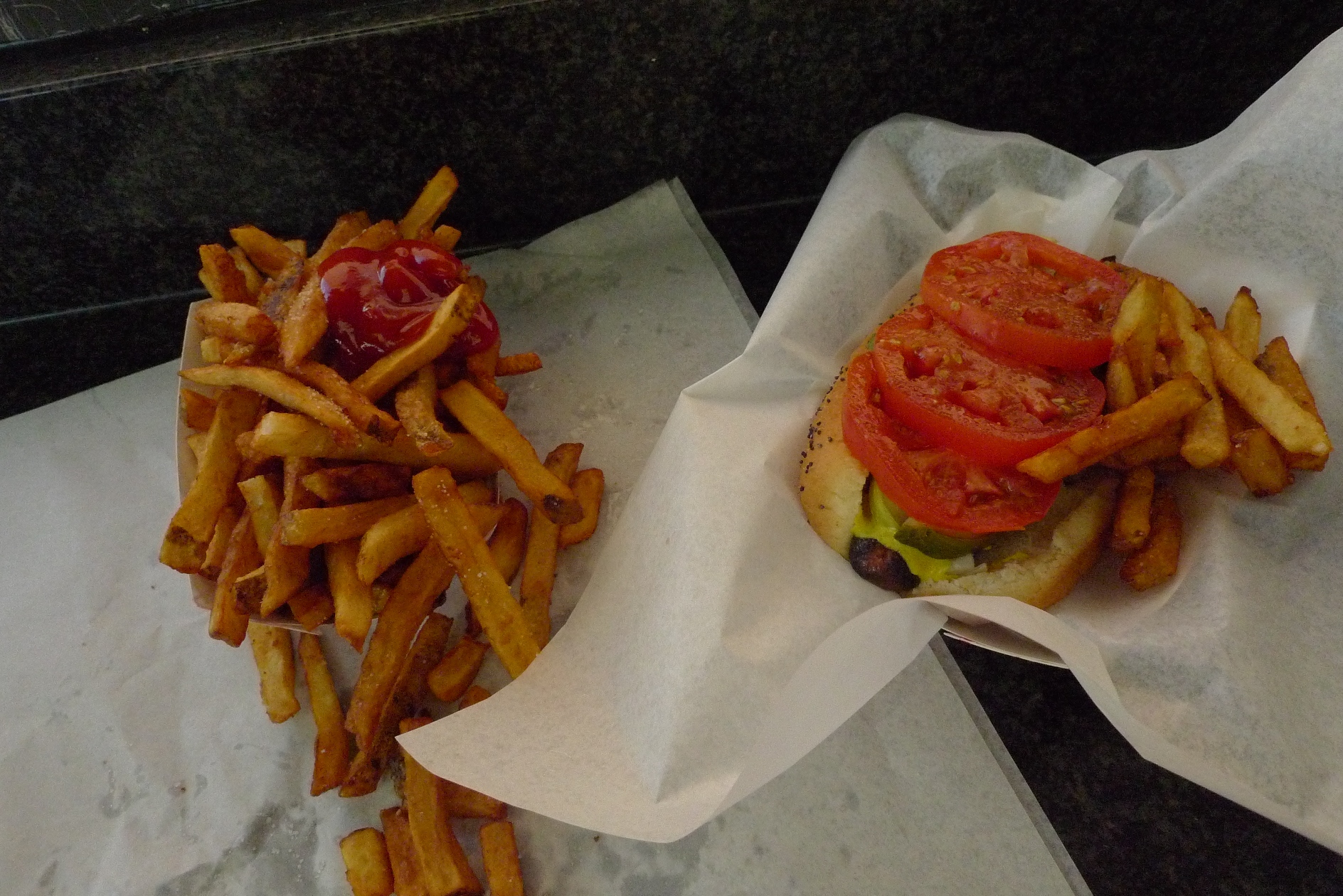 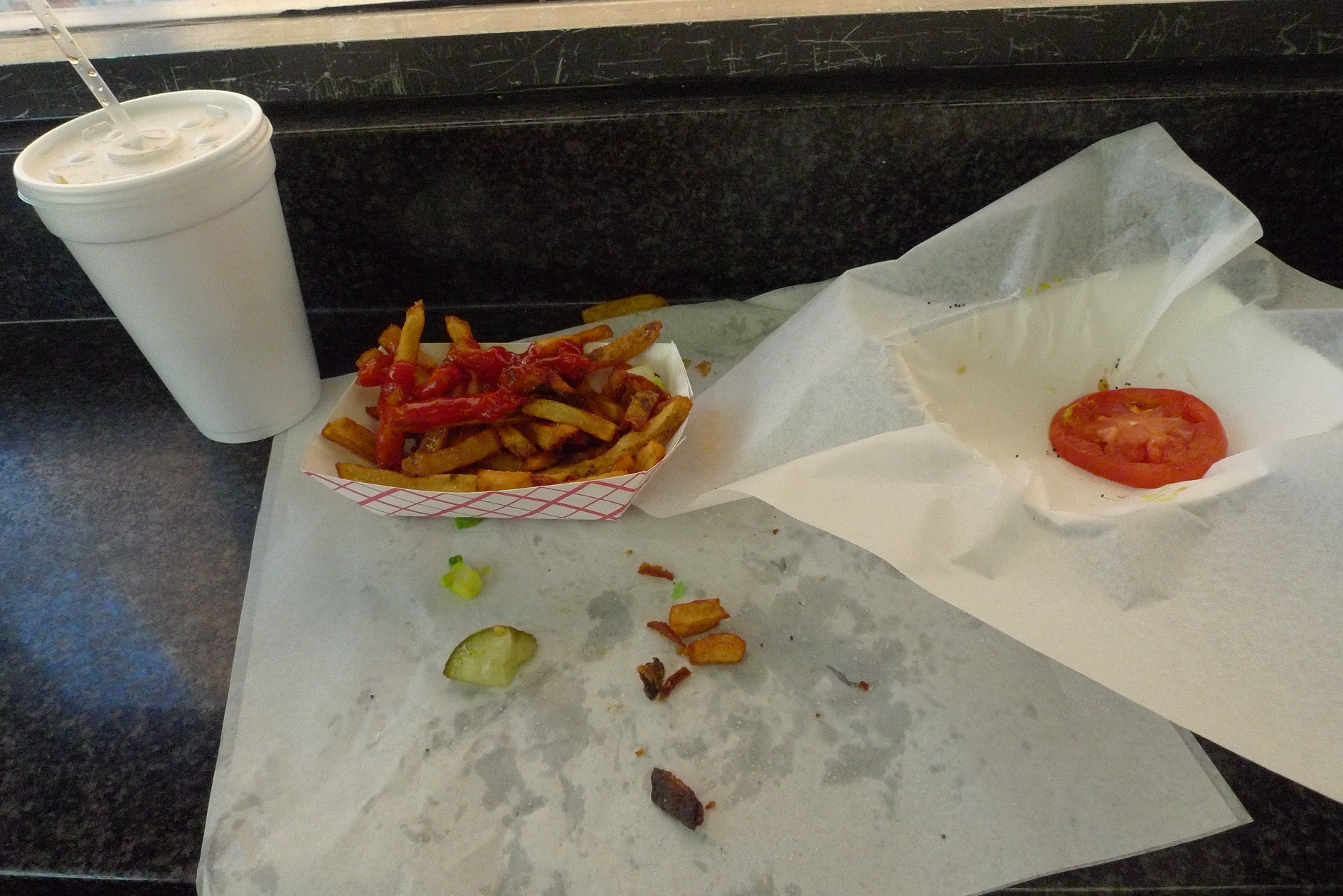 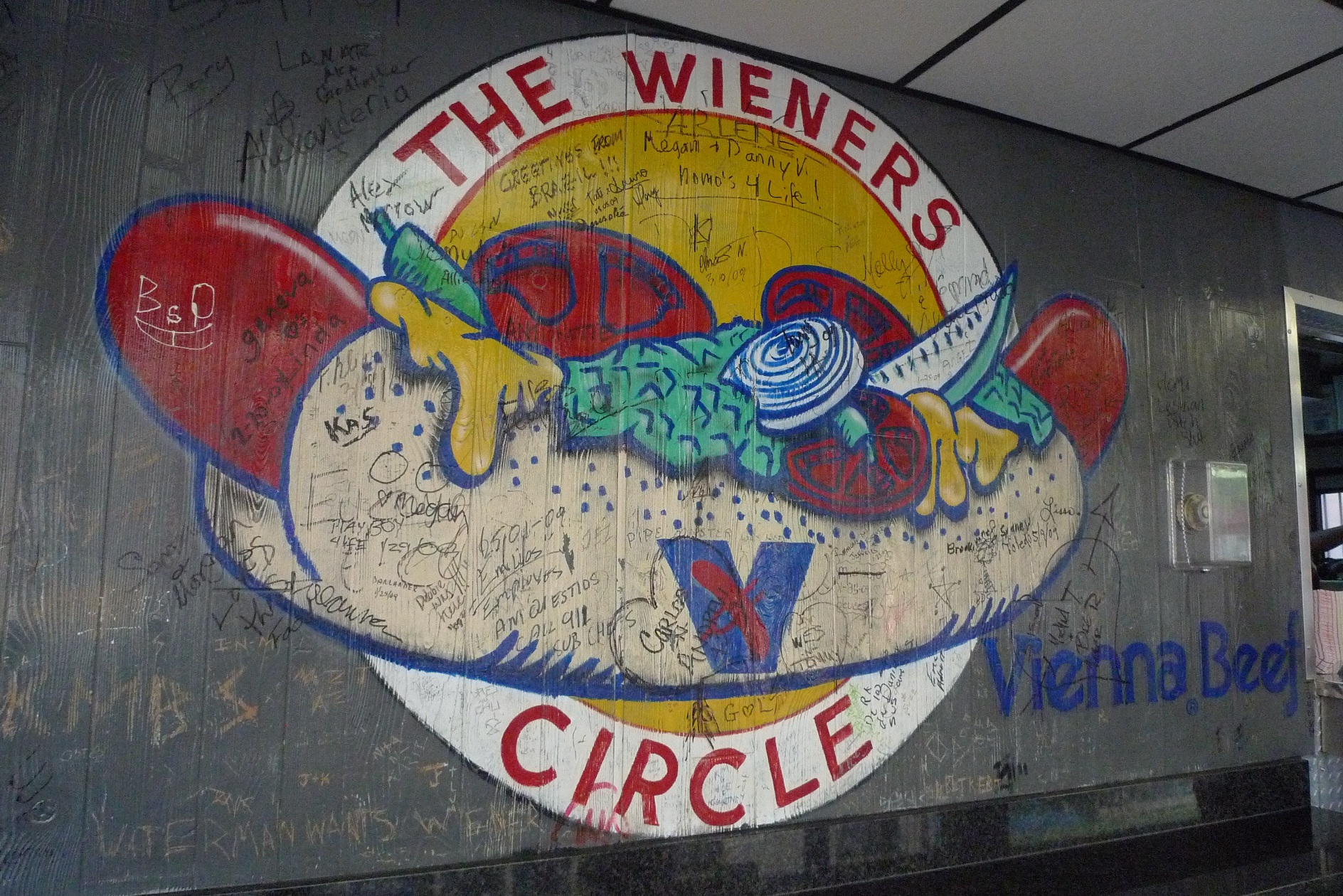 Thre’s more: a request for a “chocolate milkshake” accompanied by a $20 bill earns you a topless flash from the waitresses!

No, I didn’t. Dogged up, I pointed the car at my stop-over destination Joliet. Arriving at Fairfield Inn I was greeted by the effusive “Jeff” who assured me he could take care of anything I could possibly need, so I gave him $20 and asked for a chocolate milkshake. Of course I didn’t, I went to bed, watched 3/4 of the Blues Brothers and recognised some of the locations in the famous car chase, and fell asleep at 10:45 (or 4:45am your time).

What next? Route 66 to St. Louis! I have gotten the way-points from this helpful website and loaded them into my TomTom. Route 66 only exists in fragments in Illinois and has been largely superceded by other freeways. George let me know that this route is “pretty much dullsville” but I hope to find a few nuggets of interest.

Plan is to head down to Springfield which is about 150 miles away to go and see where Abraham Lincoln had his family home for 17 years (plus probably get some more hot dogs), and then finish up the trip and arrive in St. Louis by around 4pm.