Just like a child waiting for Christmas (so I’ve been told), the anticipation builds up months prior to the season of sweetness and joy. I’m talking about Mango season of course, which I love above all other foodie times of the year. You can keep your asparagus, wild garlic, mushroom and Seville orange seasons, there’s only one food item that has me actually drooling at the thought of eating them. Yeah, but, you can get mangoes all year round, like I’ve seen them in Waitrose you may say. Quite frankly I don’t count those green-red Kent varieties from Israel/Cuba/Brazil/Kenya/etc as mangoes, they’re monstrosities. If they’re not from Asia then they just don’t cut it. No, in particular I mean Indian mangoes, the most famous of all being the divine Alphonso. If you’ve never eaten a ripe Alphonso (or Alfonso) at the peak of the season then you’ve never eaten perfection. Nothing can really describe the heady perfume and the juicy sweetness of it. No wonder it’s called the King of Fruit. But it’s not only Alphonso you should seek out, for every King has his Queen, and in the case of Indian Mangoes it’s the most beautiful Kesar. Then there’s Rajpuri mangoes and the most amazingly sweet Badami too.

The photo below shows from left to right; Badami, Alphonso and Kesar. The Badami is much larger and flatter then the other two. Alphonso is usually the smallest. Kesar more elongated with a very distinctive beak: 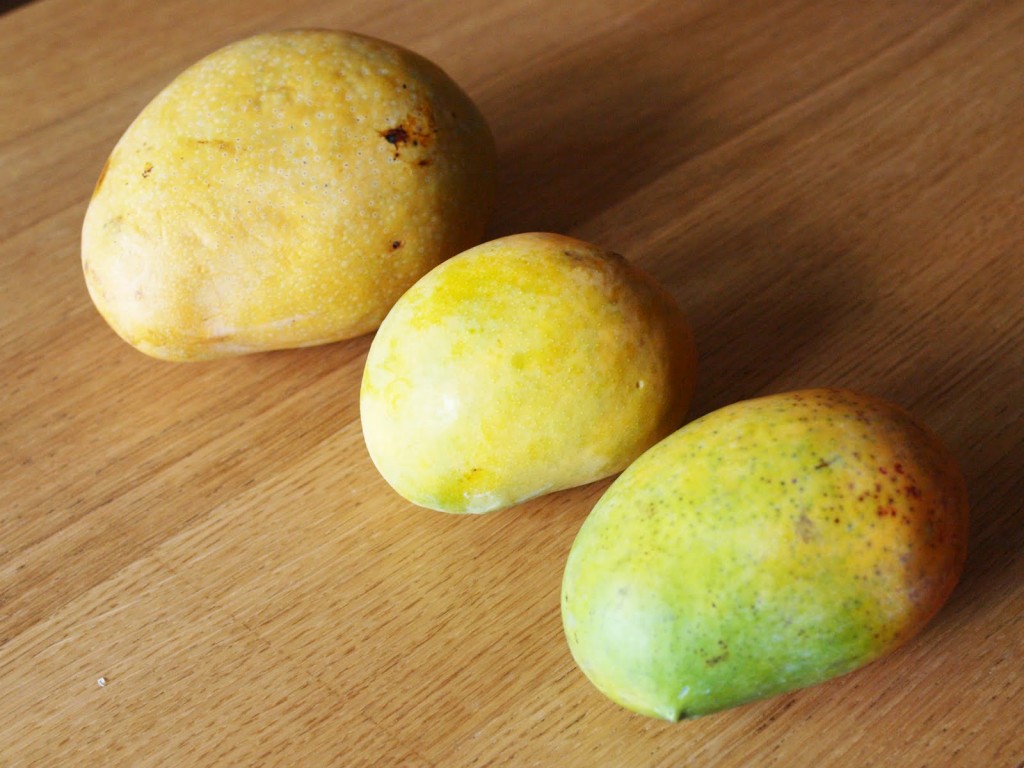 Three more Kesar mangoes, see how beautiful they are? Gorgeous blushing from the Queen on the right, you can see the profile of her beak: 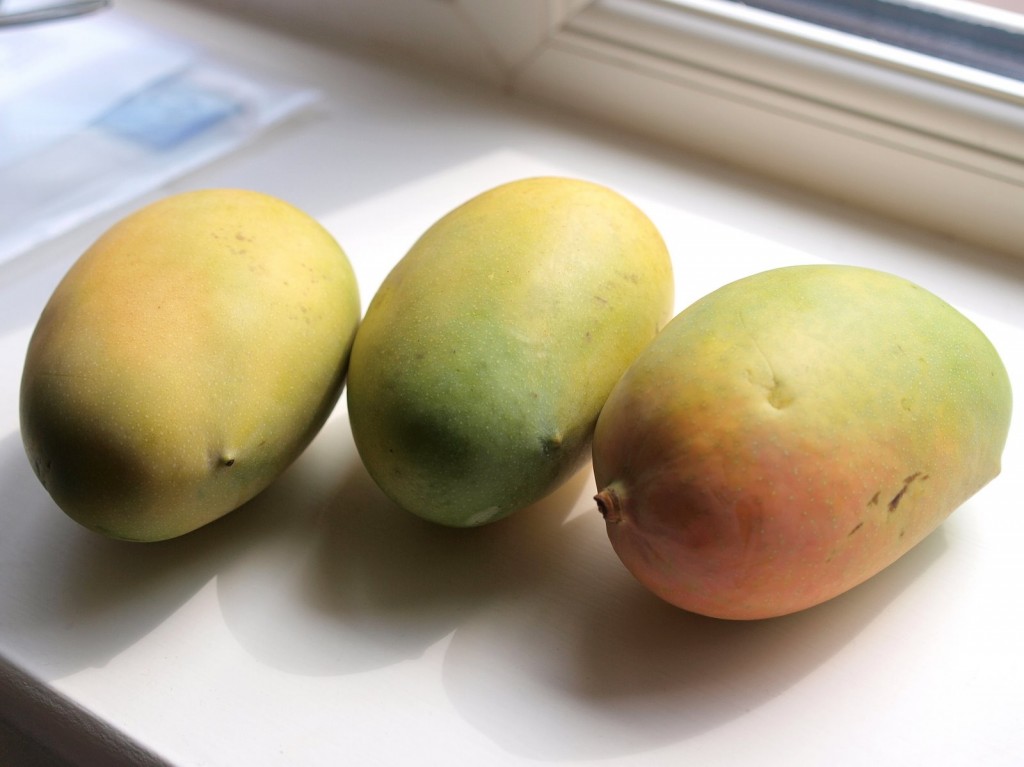 A Badami alongside an Alphonso, the flesh of the Badami is much paler and firmer than the bright orange of the Alphonso: 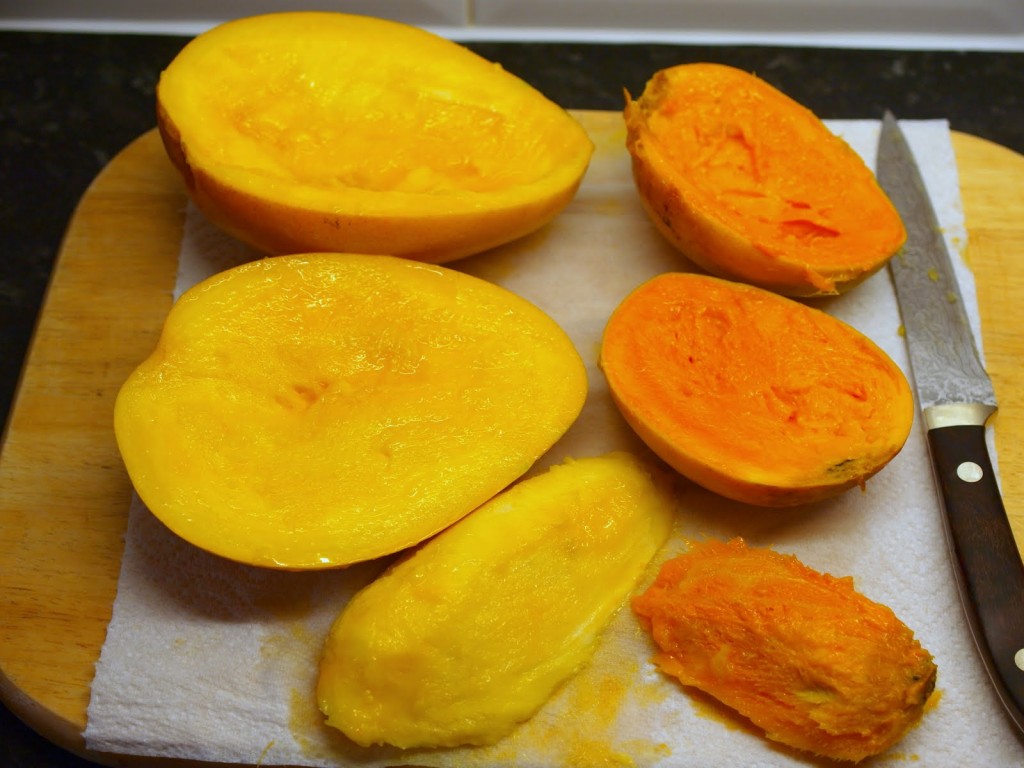 This season started on Wednesday for me when I bought my first box of Alphonso and Badami from the usually trustworthy Sujal of Mumbai. At least that’s what they were labelled as, I only gave them a quick inspection at the market to check for rottenness. But upon closer examination at home they were all Badami! Looks like they’re trying to pass them off as their more illustrious little brother. Which actually I didn’t mind because the Badami last season were a lot better quality. That’s one reason for writing this guide so that you can tell them apart. Another is that I love Indian mangoes, like the fruit themselves the season is so short and intense, you must make the most of them!

7 thoughts on “A Guide to Buying Indian Mangoes”