It was going to be a top ten list of the best dishes of the year but I can’t be arsed to put them in order and besides ten is a pretty arbitrary number innit? So instead here’s a stream of consciousness in a vaguely chronological fashion. 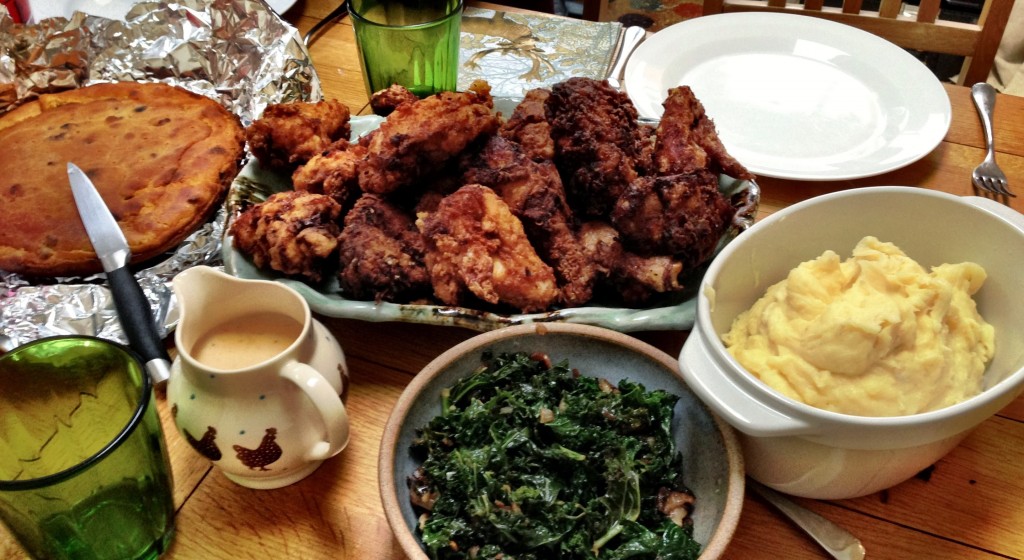 The year started strong on the 1st day with the best fried chicken any of us had ever eaten. A religious experience involving Thomas Keller’s Ad Hoc Fried Chicken kit brought back from Yountville, CA by Nick. His kitchen is still getting over the mess he made that day cooking up those golden hunks. But it was worth it, the brine and seasoning made every bite juicy crunchy perfection. The standard that all fried chicken must now live up to. 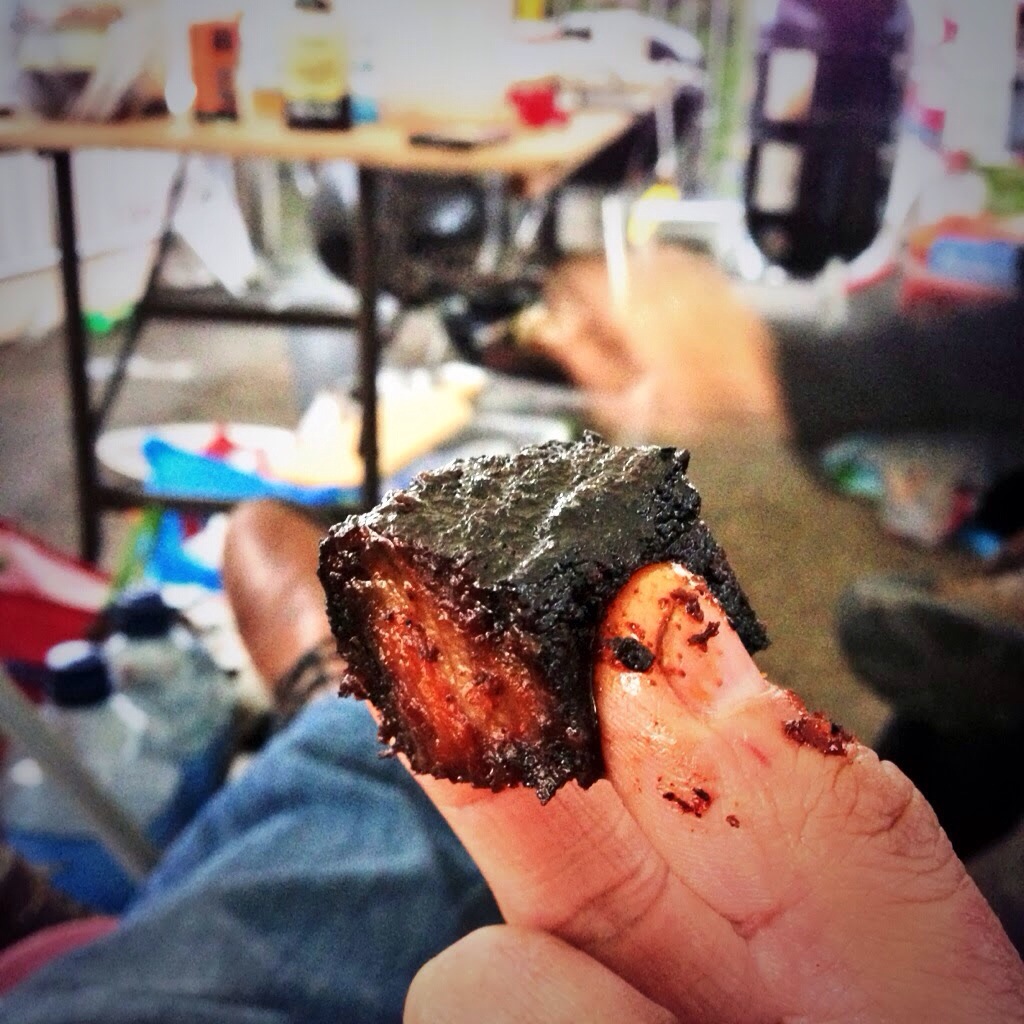 The Grillstock Festival in Bristol came early this year at the start of May which meant we were getting our practise on in the snow. But it was all worth it when we won best brisket and came 5th overall. Let’s talk about the brisket, it scored 476pts out of 500. So from the five judges it averaged over 95%. That’s like, almost, perfect! On that day the best part of the brisket was the burnt ends. In the evening after the judging when they’d had a bit more smoke I actually thought they were perfect. BBQ holy grail attained, he’s a clever bloke that Nick.

Anchovy on Toast & Prawns from Palamos at Etxebarri, Axpe 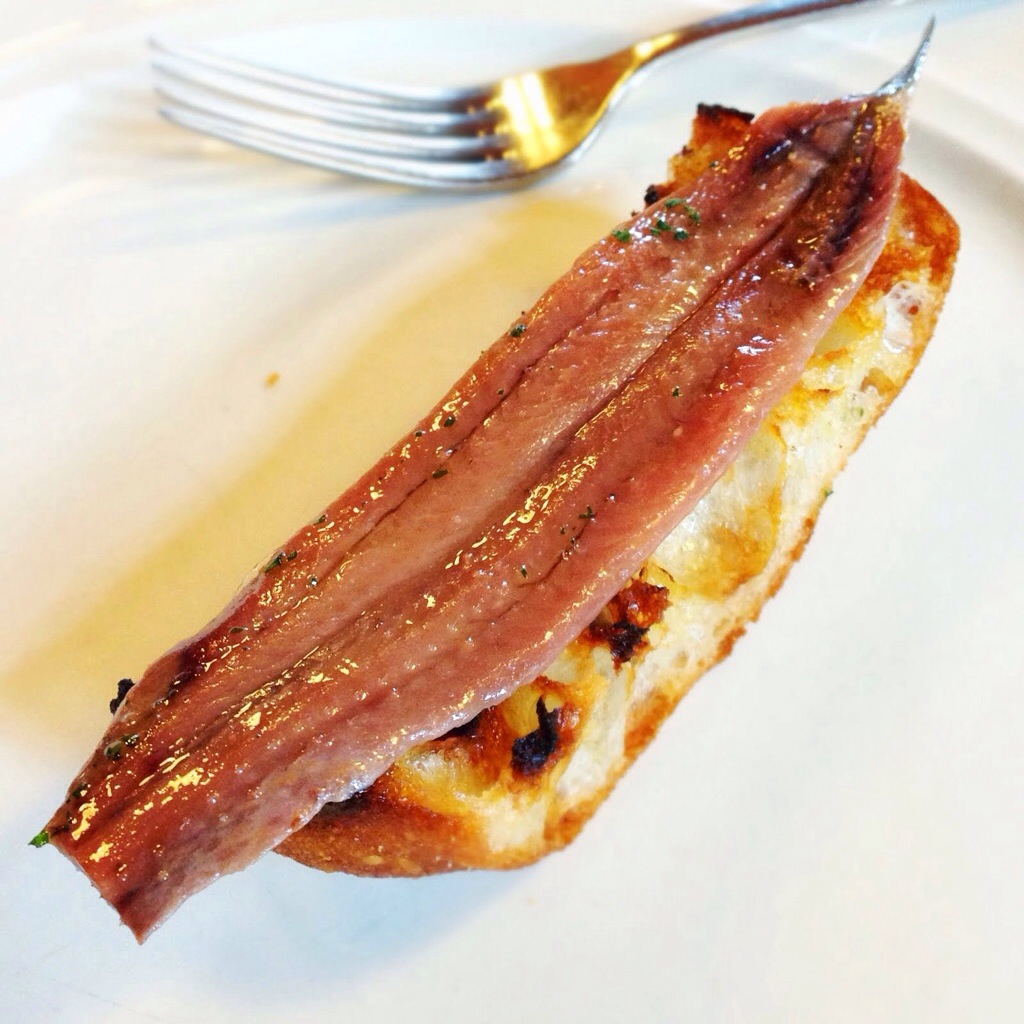 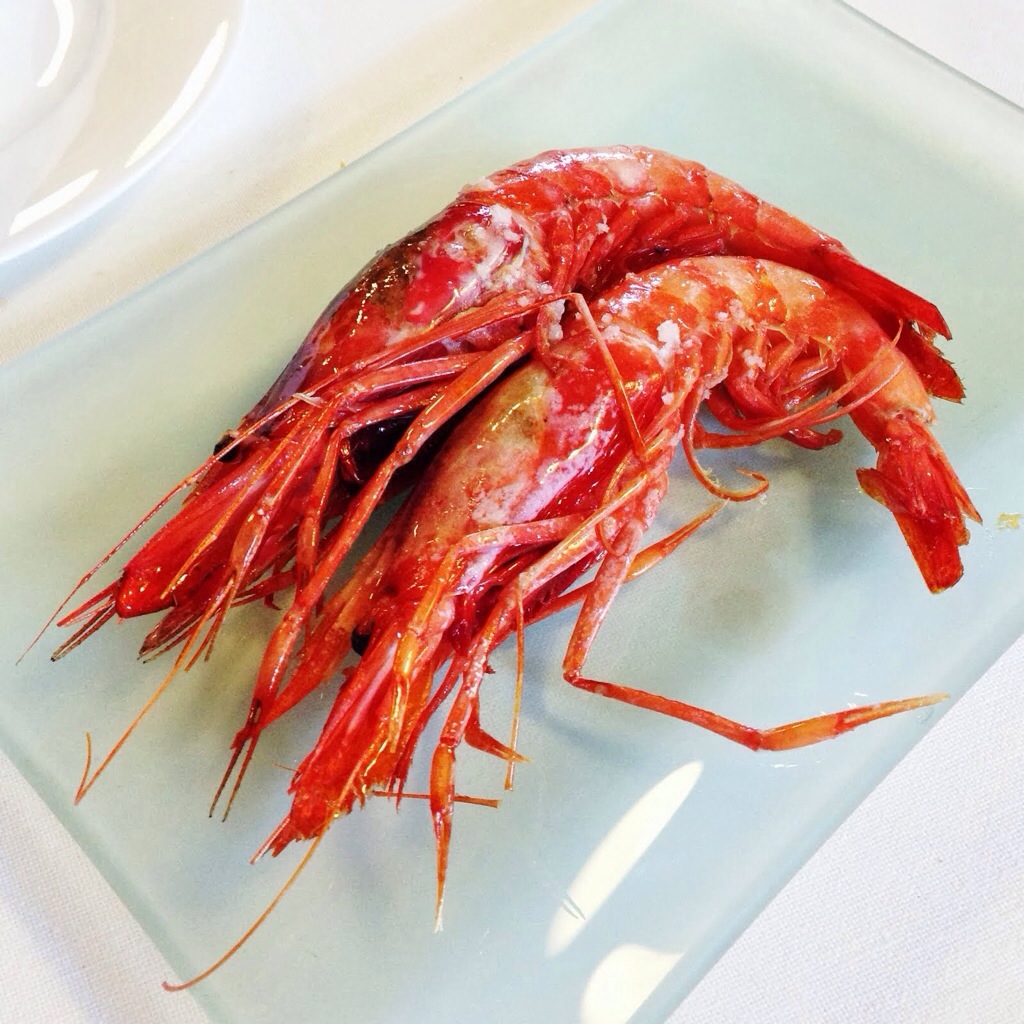 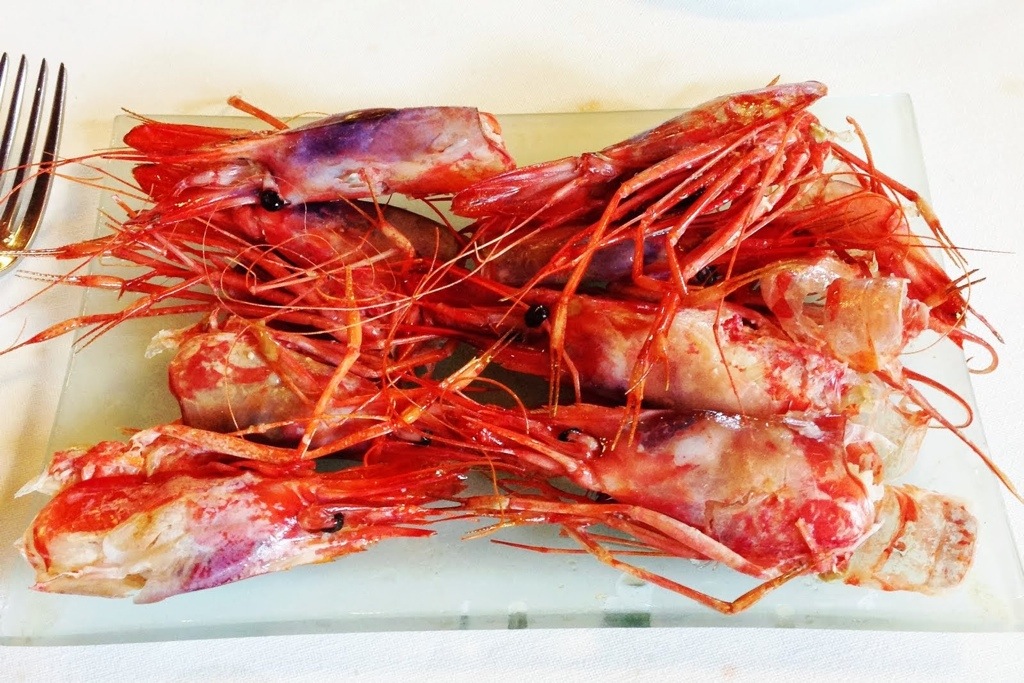 Later in May was our first visit to the Basque grilling sage Victor Arguinoniz in his restaurant Etxebarri situated between Bilbao and San Sebastien. There were lots of highlights on the tasting menu. The first that shone out was a long fat anchovy that had been caught a year ago, cured by the chef and served on toasted bread. Very simple, very perfect. So much so that to try and describe it any more would be futile. The second dish was a pair of deep red prawns, grilled with salt. Again a perfect thing, the tail meat was buttery sweet and the head juice like a concentrate shot of seafood bisque. The best thing was that no one else wanted their prawn heads so I got to suck down eight of these. 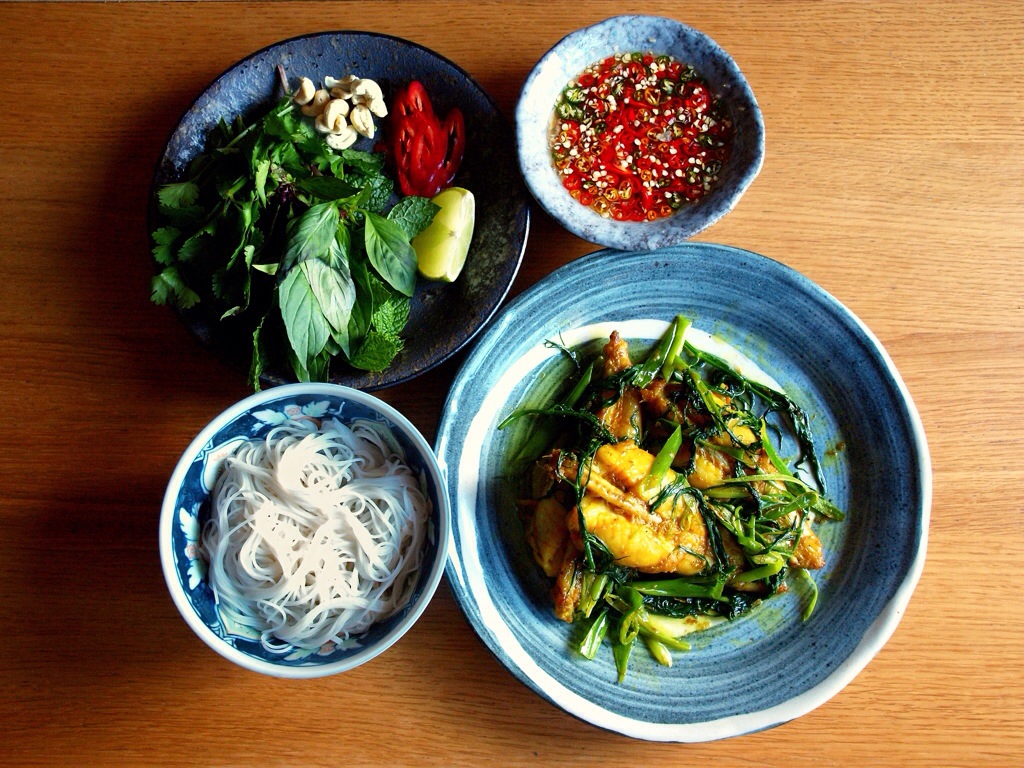 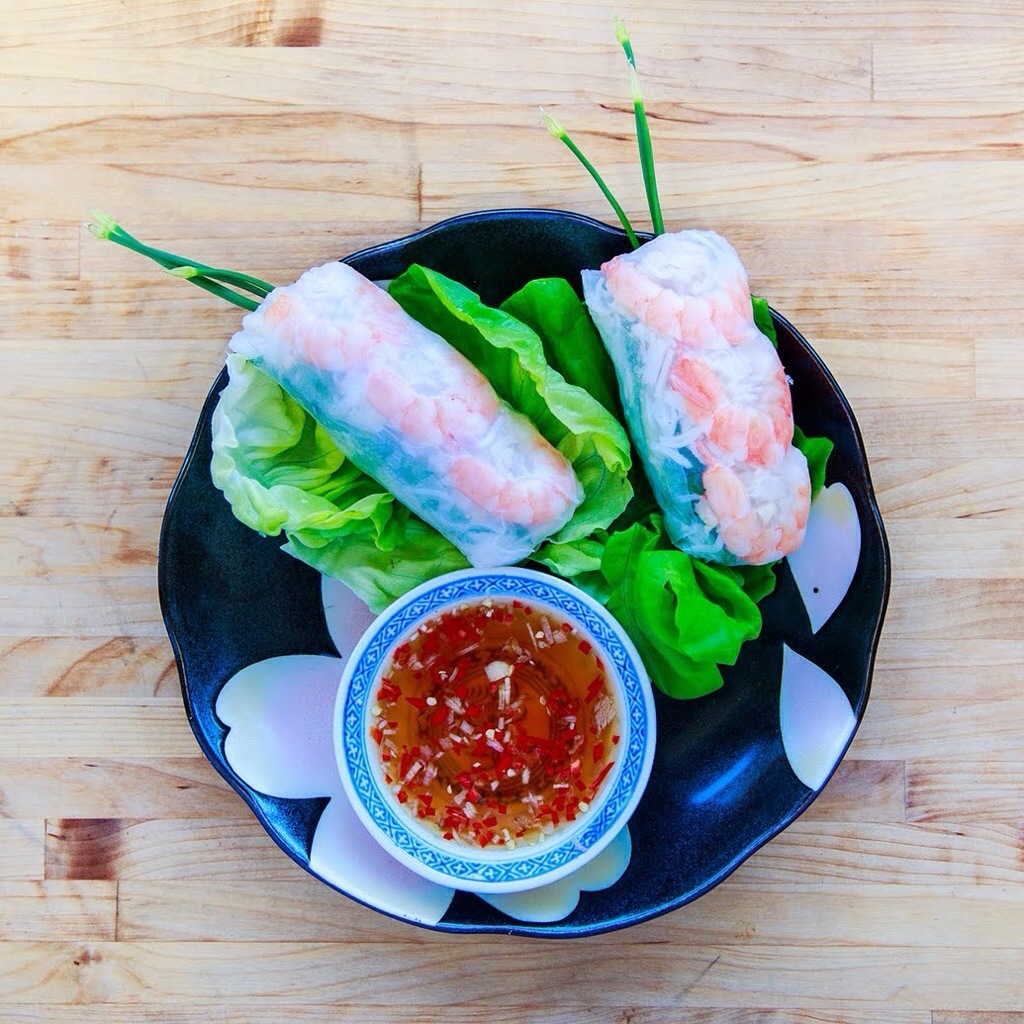 Went through a bit of a Vietnamese cooking binge mid-summer. There is a dearth of good Vietnamese food in Brum that I can’t understand. Maybe it’s the logistics of the fresh veg and herbs required to make the dishes really special. The first dish Cha Ca La Vong, I marinated baby monkfish tails in turmeric and lemongrass before frying them with spring onion and mounds of fresh dill. They’re served over rice vermicelli dressed with cashews, coriander, sweet basil, mint, chillies and nuoc cham. A taste explosion! The second dish Goi Coun or Summer Rolls. A thin rice paper wrapper filled to bursting with fatty belly pork, white crab meat, prawns, rice vermicelli and all those herbs. Dipped in nuoc cham, don’t think I can wait till summer to eat these again. 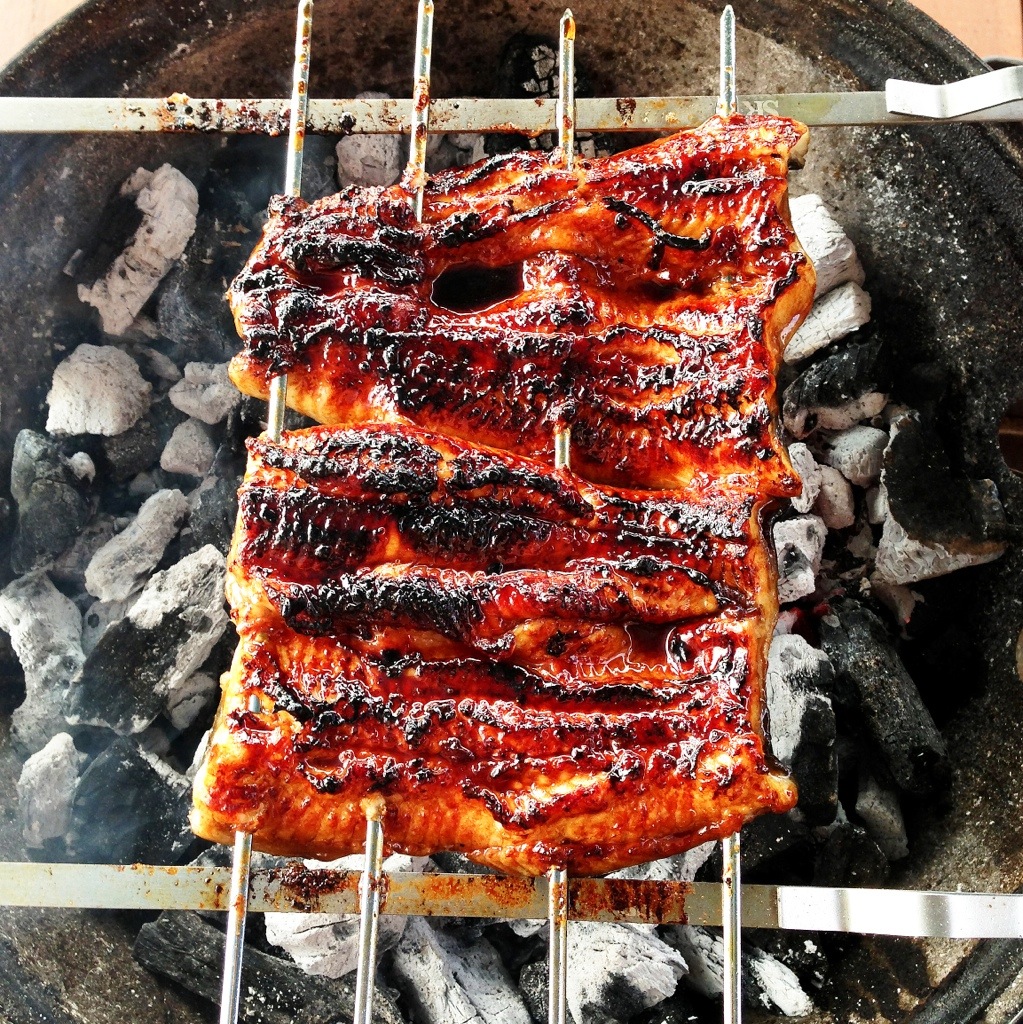 As explained in this blog post here. The simple joy of cooking is learning to cook the things that you like to eat. This dish had always seemed really difficult to recreate but when I did the results were spectacularly good. The bonus being it was actually a doddle. There isn’t a week that goes by that I don’t think about cooking this again, the only problem is finding good fat clean eels. 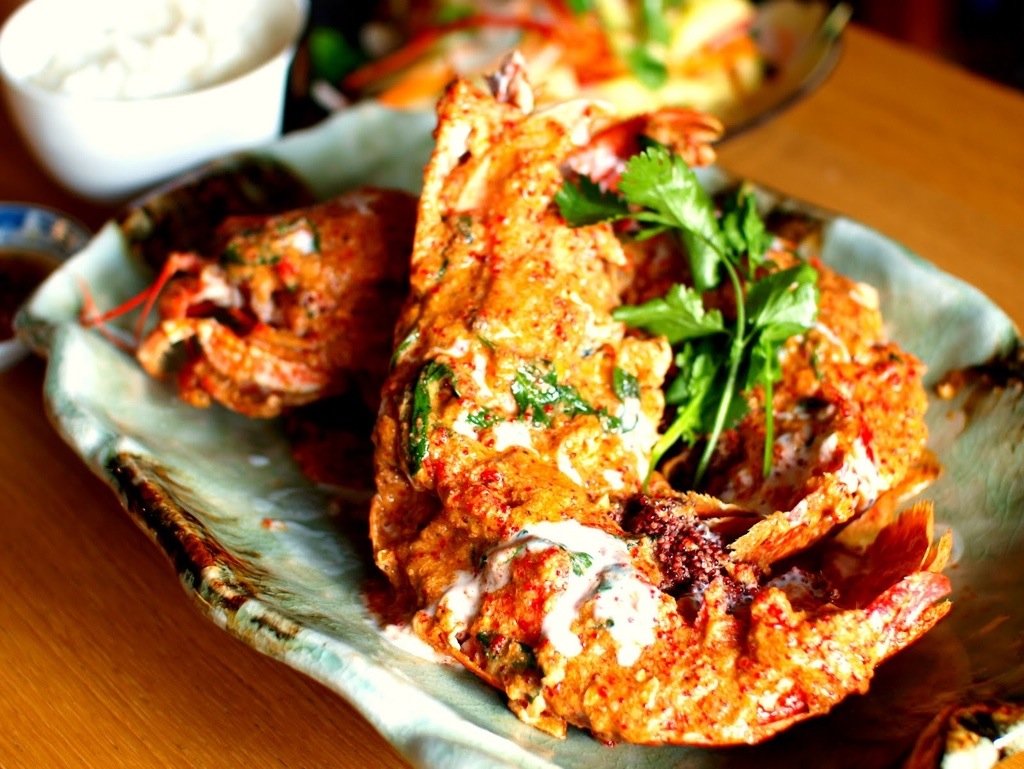 I like a bit of lobster I’m not afraid to admit. Usually stir-fried Cantonese style with noodles or Thermidor with buttery fettucine. But this summer I fancied a change and started experimenting with a Thai red curry sauce. Split female lobsters in half saving the roe and tomalley, char grill them then finish them with a red curry sauce thickened with the lobster innards. Yes, I’m salivating too as I type.

Everything at L’Enclume, Cartmel 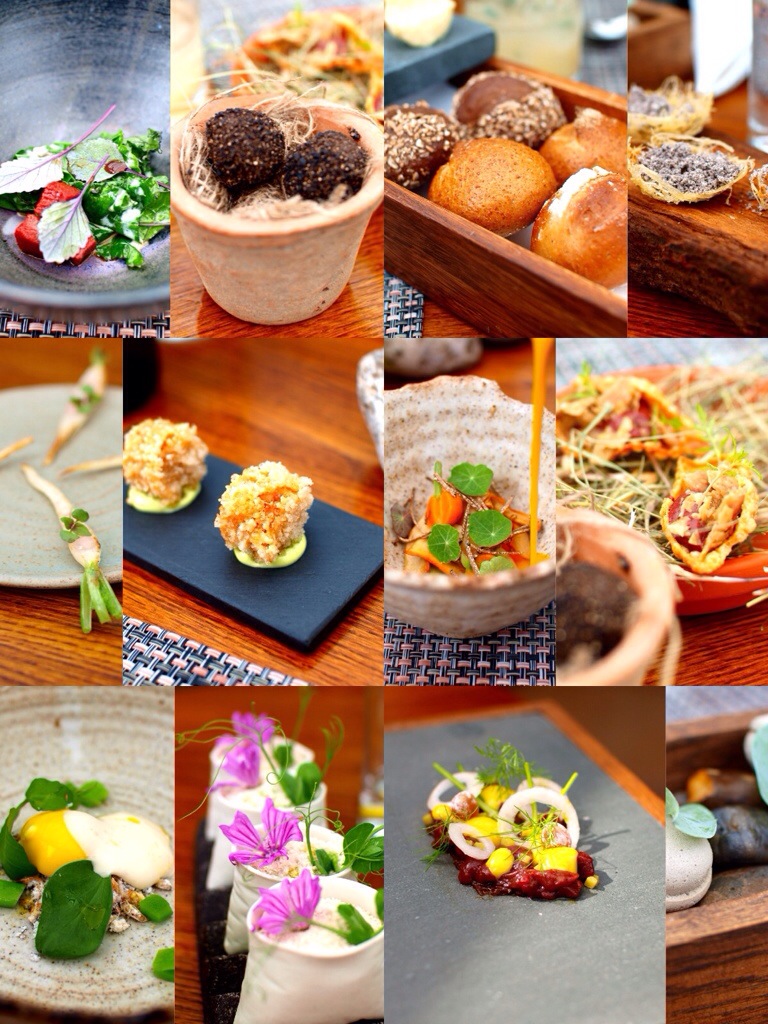 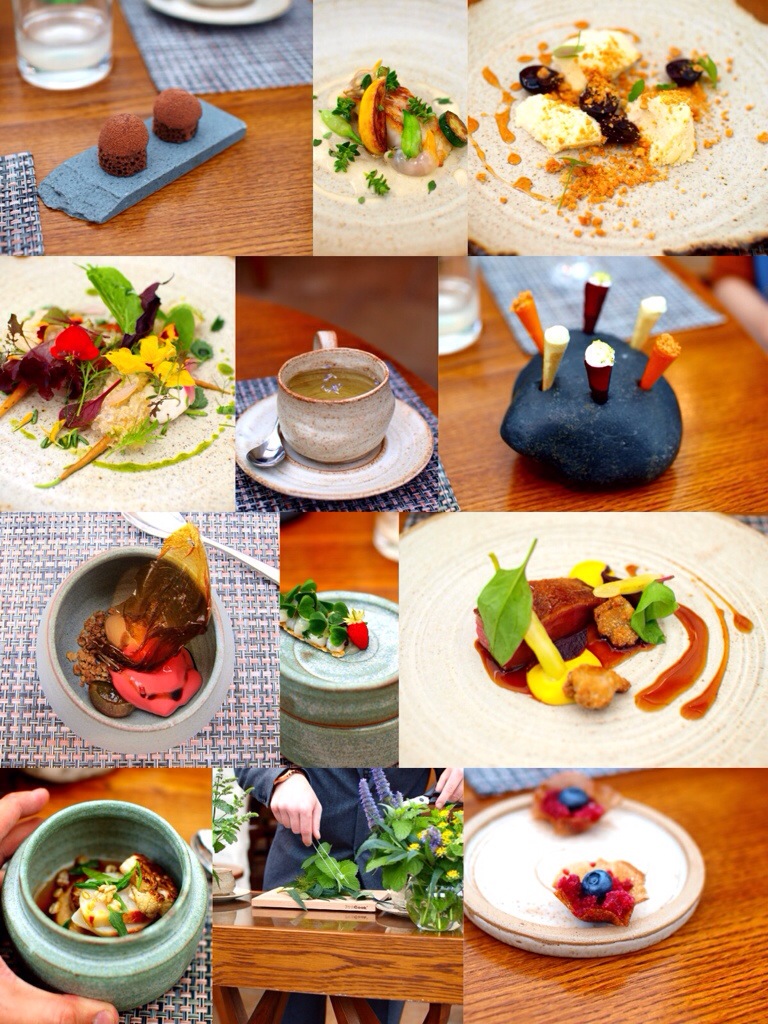 Late summer tasting menu at L’Enclume. We’ve been twice before in colder months so it was great to come back when the earth around Cartmel was at its most fecund. Is it possible to choose single dishes out for praise? Would be like choosing the best songs from your favourite album, you’d quickly end up with an album’s worth of songs. Possibly my meal of the year, but then that can be true in any year that we go. 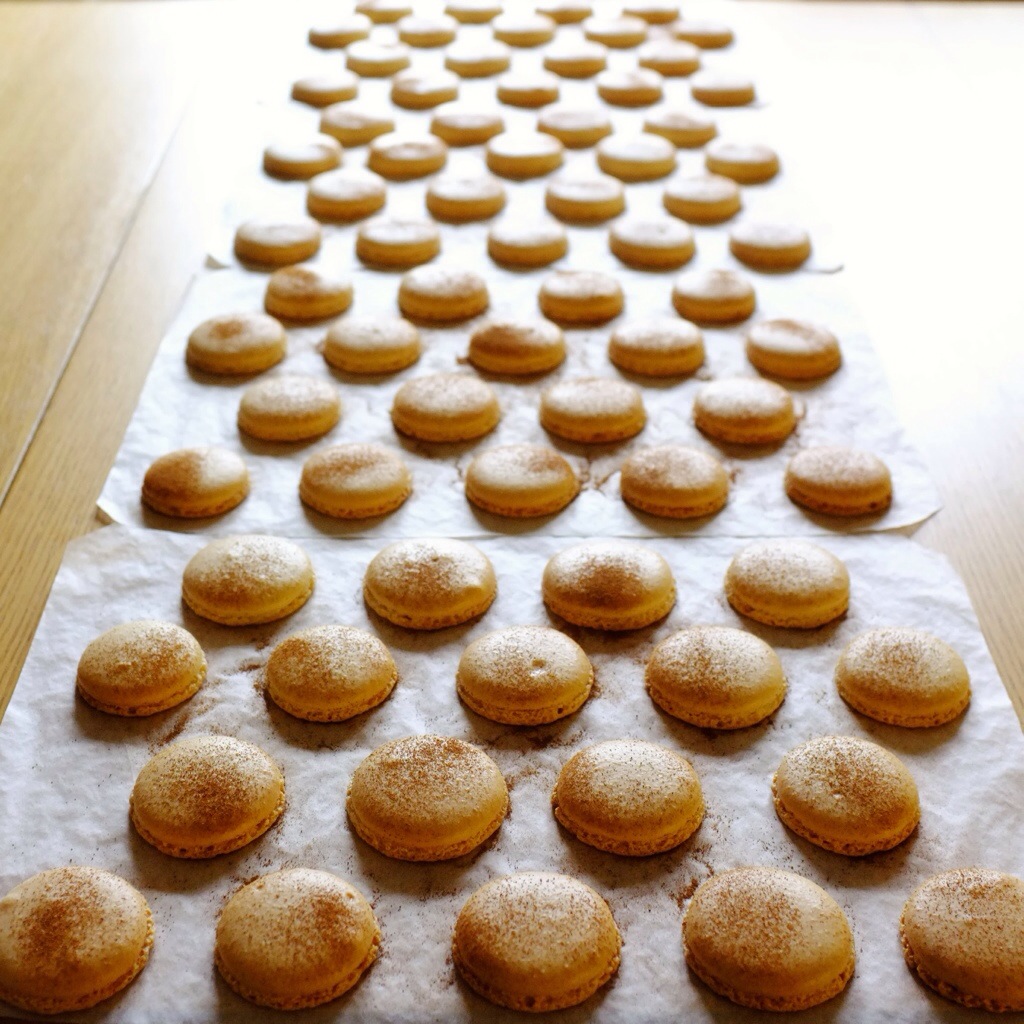 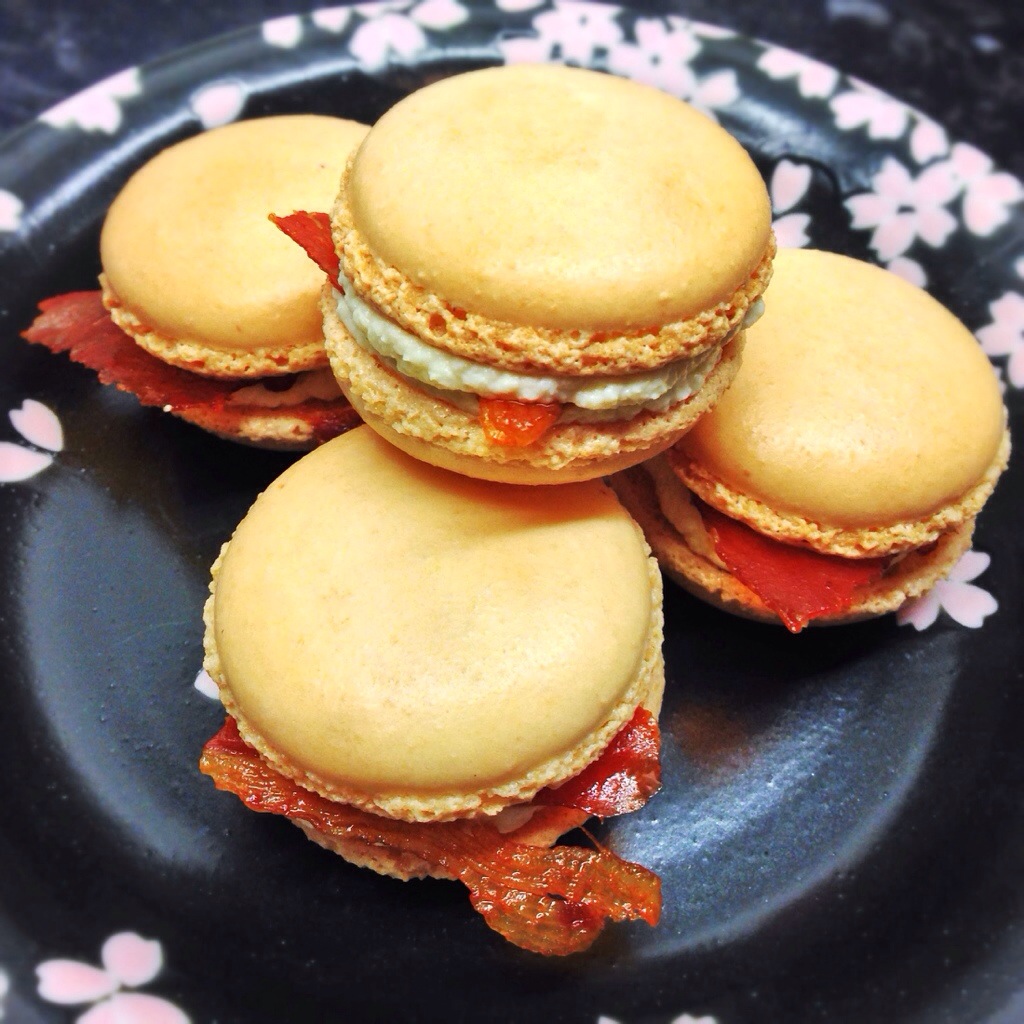 Been slowly perfecting my macaron technique this year using Pierre Hermé’s basic recipe and by Jove I think I’ve got it! So much so that it’s one of the few sweet recipes I know by heart. My favourite variation was a plain macaron piped with a mixture of white Stilton*, cream cheese, black pepper and crispy prosciutto. A savoury twist that surprised and delight everyone who tried it.

*apparently this year some TV Bake-Off muppet just stuck a wedge of Stilton between two mac shells. Unsurprisingly it wasn’t well received by the judges. 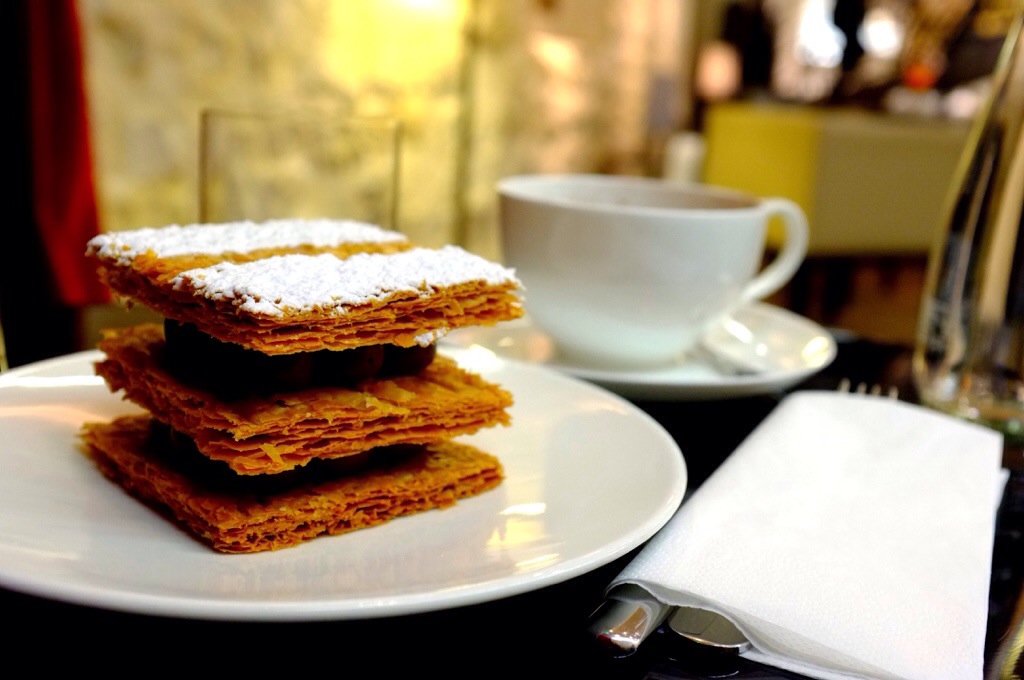 We’ve all had mille-feuille in some form or another. Custard slices we call them here, some puff pastry layered with some kind of filling or another. Cut into it and the filling squirts out from between the cold claggy pastry. You end up eating a mash up of soggy pastry and sweetened dairy gunk. It doesn’t have to be this way though. Imagine made-to-order mille-feuille, freshly baked squares of perfect light buttery puff pastry piped with delicately smooth crème patissiere or even chocolate mousse. Well you needn’t imagine it, just go to Jacques Genin’s patisserie in the Marais area of Paris. You needn’t imagine your knife falling through the layers of pastry like a sigh, clinking the plate with a whisper. Nor the perfect balance of textures and flavours melting in your mouth. 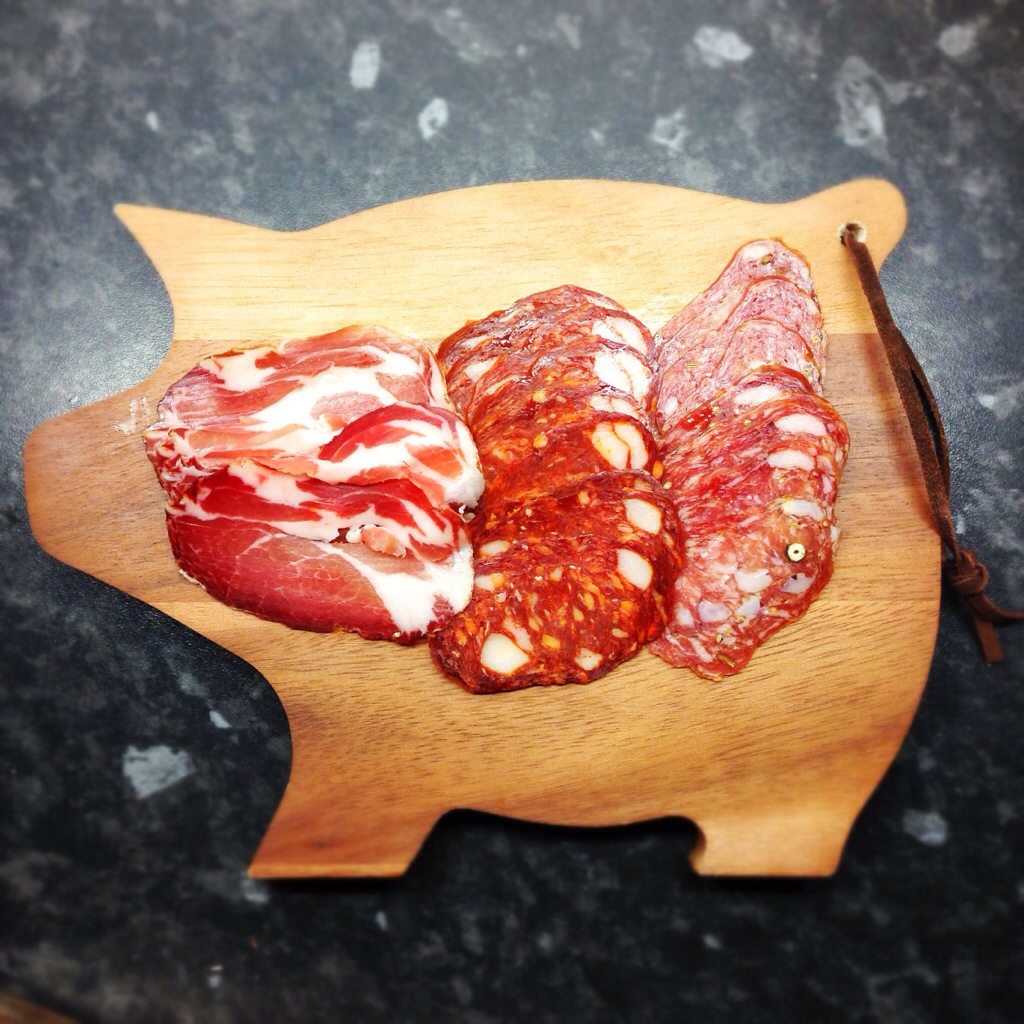 I’ve been making my own dry-cured sausages for almost 7 years with some mixed results. Not having a humidity controlled drying room would account for that. Trying to gauge how the weather will pan out three weeks in advance has been the trick for me. I took apart half a massively fat Tamworth pig in mid-October, made some fennel salami and chorizo and the dry cool weather we had in Birmingham (akin to autumnal Tuscan mountain air) produced the best charcuterie I’ve ever made. 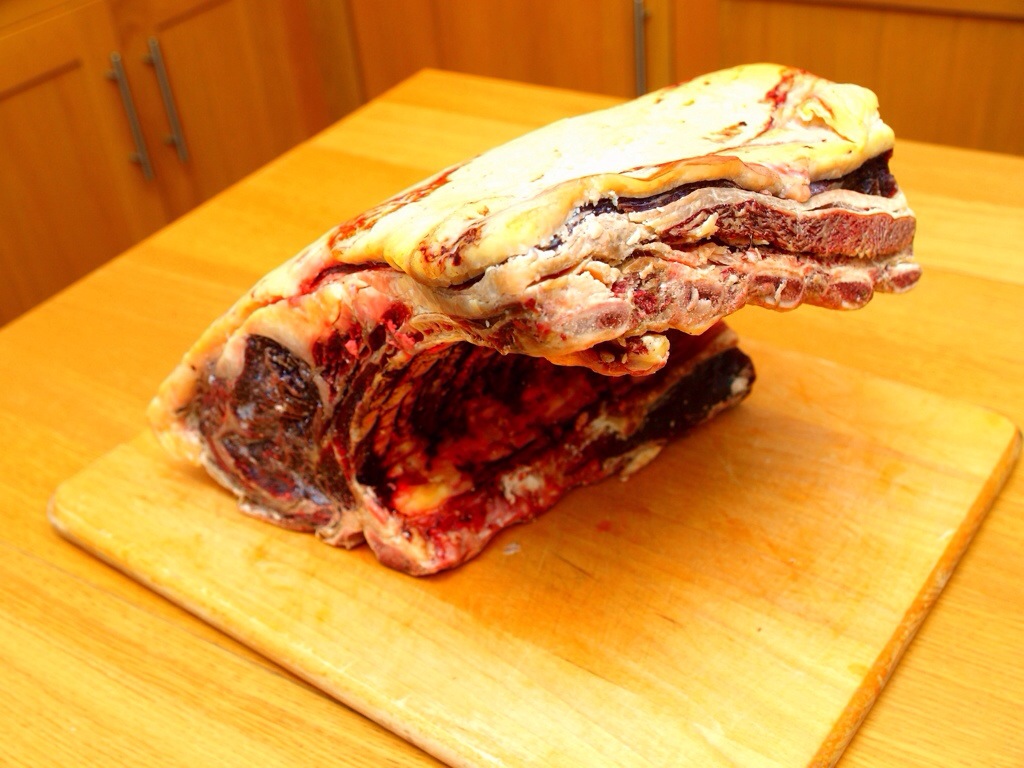 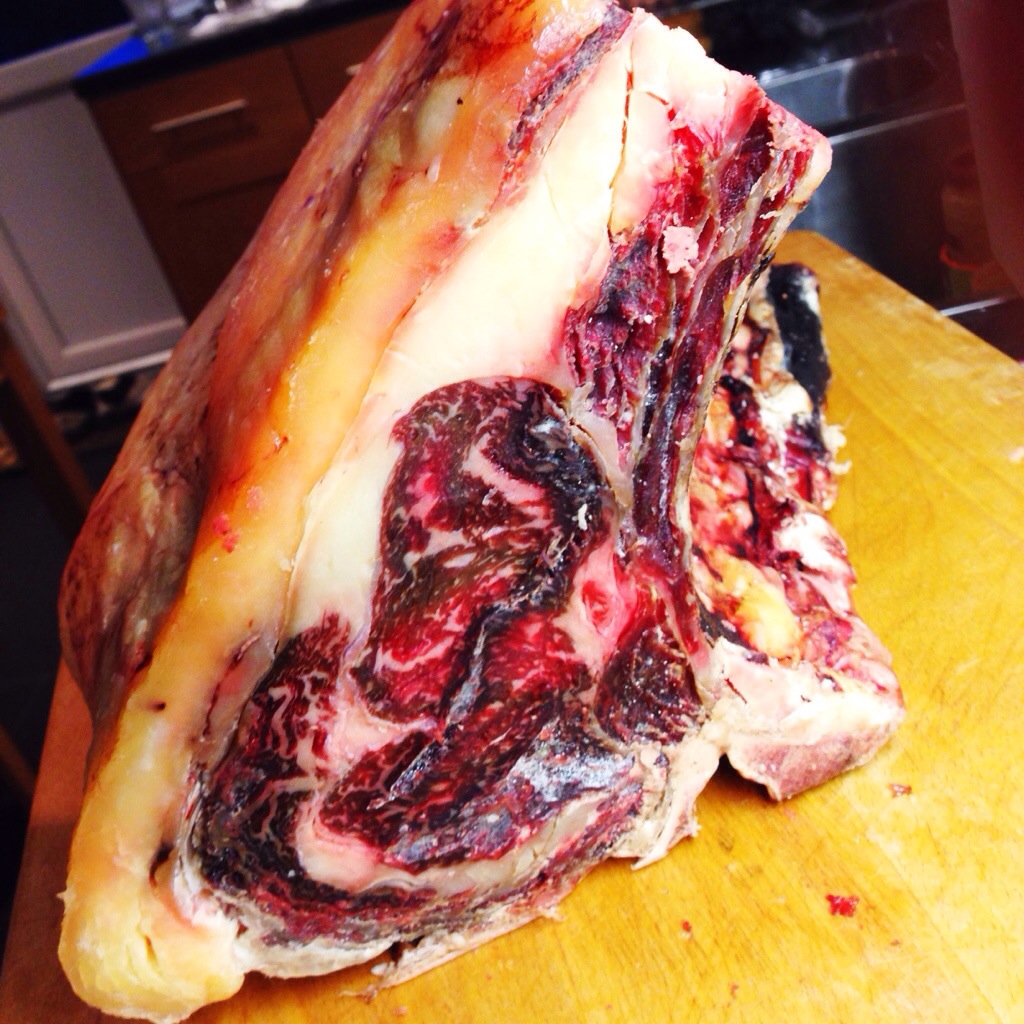 I don’t often cook big beef roasting joints. Big crusty steaks, yes I’m your man. But this Xmas I wanted something other than the usual bird and ham combination so went for bird and beef instead and ordered a standing roast from Berkswell in mid-November. Knowing full well that it would be nicely aged by Xmas day. What I wasn’t expecting was Berkswell delivering in spades with the most amazing joint of beef that I’d ever seen. An untrimmed five rib Dexter aged over 5 weeks. They’d only had one Dexter carcass the whole year so I felt very lucky indeed. Two days before Xmas I trimmed it up and seasoned it, on Xmas day it was put into a 100C over for about 4hrs until the internal temp reached 40C then rested for 2hrs whilst we finished cooking the rest of the meal. A quick sear before slicing resulted in the best roast beef the family had ever eaten, to quote my cousin as she guzzling down another slice: “it’s the beef of dreams!” 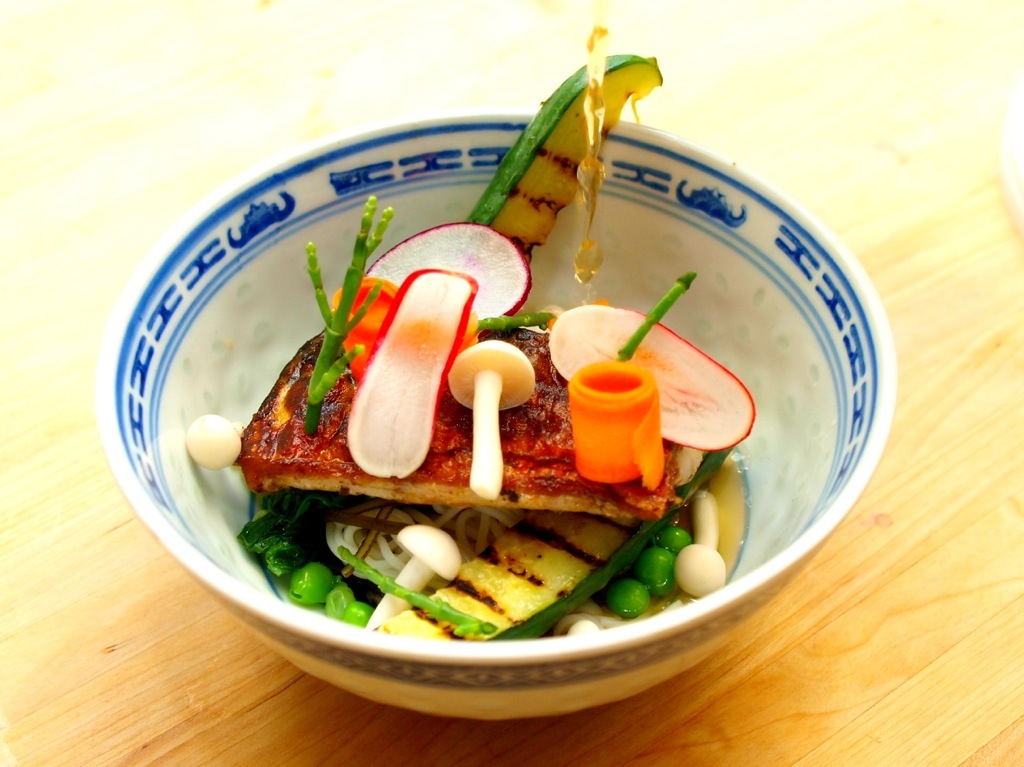 Throughout 2013 I had the pleasure of cooking with Dom Clarke at our CANeat popups in Stirchley. Too many different dishes to list but the grilled mackerel, smoked beef rib and smoked belly pork & squid were personal favourites. Expect more from us in 2014!