I just returned from a brief work trip to Hamburg, and had hoped to squeeze in a bit of hot food action for you little schweinfleische lovers.

From what I saw of Hamburg, it seems like a very nice city. It is the third largest port in Europe according to Wikipedia, you can even go on a port tour by boat. In fact this is what the local suggest tourists do!

Despite being 100km from the sea, it is famous for its fish and has a huge fish market, and this is where prostitutes from the Rieperbahn will go for breakfast (no jokes about fish smells please).

We were stationed in the posh Hamburg suburb of Eppendorf, home to the medical school and hospital – and the epicentre of the recent E. coli O104 outbreak (which is why we were visiting). At its peak they had over 5 wards devoted to infected patients, and the hospital was closed to any other admissions. They had over 200 people on dialysis, all machines working 24 hours a day.

Anyway, what about the food?

We had lunch at the hospital staff canteen – which was very nice, the building styled a bit like a sexy sci-fi colony complete with staff working in white figure-hugging cotton uniforms. But – we’d come on vegetarischen Donnerstag! Bummer. They did have some nice saukerkraut though.

We were taken to a very nice restaurant for dinner called Schauermann which was in the modern european style. There was a choice of rottfish (actually ocean perch) or lamb. We also had a great bottle of German wine which I will try and seek out. We finished with a glass of Vogelbeere schnapps – which I have now translated as rowan berry! All very jolly.

Anyway this morning I slept in and that left only 3 hours to find some sausages. The excellent Florian Siepert wrote me a handy little guide to foodie Hamburg. But as our flight back was at lunchtime, most of those were not going to work. But I did set off determinedly by foot to find some sausages, aiming to get to the exciting sounding Bioland Frisch-Fleische.

But in the event, I didn’t make it. By great coincidence there was a lovely little market along the Isestrasse, under the railway line. I had a lovely hour pottering around. There was an abundance of fresh and smoked fish. One stall was selling grey shrimp by the kilo. I bought some smoked eel, and noticed they were doing little filled rolls with glistening pickled herring with some lovely sweet onion. A great little breakfast treat.

I picked up a few interesting looking sausages along the market, and before long it was time to make my way to the airport.

So I guess I failed you – dear reader – this time in Hamburg. But I think it won’t be too long before we go back and do the place justice, it definitely seems like a great food destination.

The first in a regular (?) series. 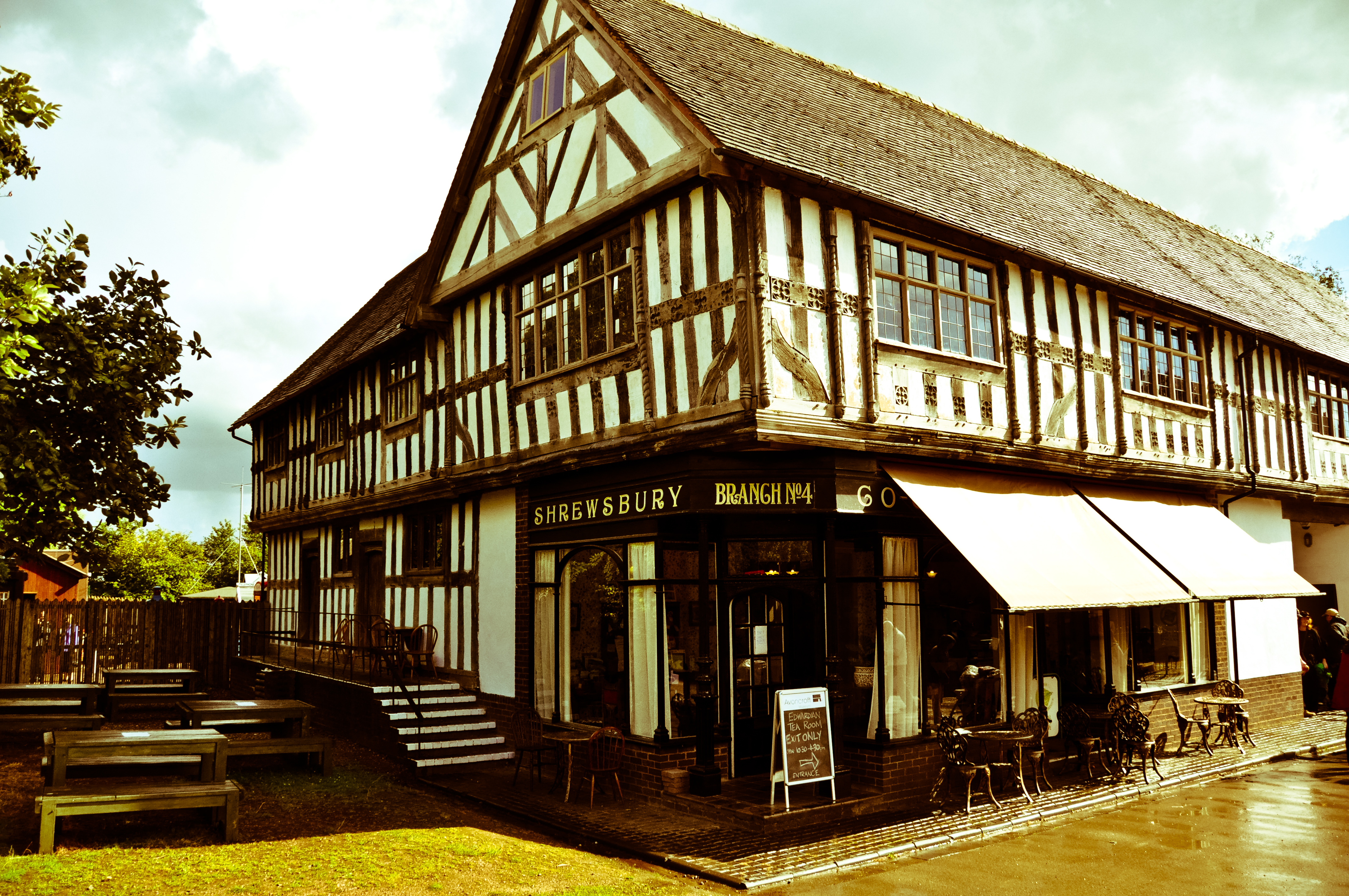 This tea room is at Avoncroft Museum of Buildings. I have to say I didn’t think Avoncroft was quite as exciting as the Black Country Living Museum, but it is probably worth going for the collection of phone boxes and a fully working electro-mechanical telephone exchange (complete with demonstrator).

Anyway, on to the cream tea.

Jam: a locally sourced strawberry jam packed with caramel flavours, from a local supplier – can buy it in the tea room (9/10)

Setting:  a reconstructed Edwardian tea room looks just the picture, nice views of Worcestershire country side and a good wind-mill (8/10)

A can of tuna, a couple of decent eggs (I like those Burford Brown ones) – cooked somewhere between soft and hard-boiled, ideally with a slightly runny yolk. some green beans from the market/garden/allotment – briefly blanched in salty water. A nice lettuce, perhaps some ruby little gem, cut into quarters. A few piquant provencal olives. A couple of warm, waxy salad potatoes – perhaps Charlotte or Roseval. A few thin slices of red onion. Some sweet, British summer cherry tomatoes. Simply arrange artfully on the plate and cover with a dressing made from a neutral oil, a good red wine vinegar, Dijon mustard, garlic crushed in salt, whisked so it is emulsified and becomes a little thick. Drape a couple of decent anchovies on top if you like.

— How I, and I imagine a French person might make a nicoise salad

A whiffy old piece of tuna fillet steak, nuked to oblivion on the stove with cartilage left on. A huge mound of flavourless, tough curly lettuce, outnumbering other ingredients 3:1. Back of the fridge-cold eggs, boiled to within an inch of their lives. Aim for the yolk to go greyish. Green beans, ideally picked and shipped from Kenya some weeks back – cooked without salt and refrigerated hard. Huge, flavourless Dutch tomatoes, cut into large segments. Cold potatoes, cooked – without salt – until not quite soft. Combine that lot into a large bowled plate and pour an ungenerous amount of thick dressing tasting of nothing except oil and perhaps an artificial thickener.

— How Maison Mayci in Harborne makes their nicoise salad

Deeply disappointing, especially as I know the (French) owners would do it much better than this if they were manning the stoves. I still like this chain in Moseley but the Harborne branch has not hit the same levels.

Also the patisserie in all branches is no way as good as it used to be, is it all bought in now?

A shame because Harborne could really use a decent cafe and bakery.

Addendum: I just stumbled upon this recipe by Simon Hopkinson from his new series. Looks good to me.