“I was recently asked to play a night called Classic Material in London. The idea for the club is to give each month over to a year from Hip Hop’s past and only play…

Smoked lamb chops, roasted jerusalem artichokes, creamed spinach and mash. I cold-smoked the lamb at the weekend, but I think I overdid it a bit – it was a bit overwhelming.

Jay Rayner offers up this interesting video on how to make miso soup, with the head chef of Roka (side note – must make a visit to this place!). A few things struck me, armed with my limited knowledge of Japanese cuisine. Firstly that the chef makes his dashi using bonito flakes and shiitake. I had always understood that konbu (kombu) – kelp seaweed – was the standard ingredient of dashi and a key source of umami in the finished dish. Secondly the chef states that kezurikatsuo (flakes of katsuobushi – made from dried, smoked bonito) are widely available. However I’ve yet to find a decent source of bags the size he has in his kitchen. Can anyone help?

Home-made taramasalata: fresh cod roe cured over night, fridge dried, smoked over oak and alder for just under 4 hours. Combine in blender with soaked stale sourdough, lemon juice, a little onion, olive and sunflower oil to make home-made taramasalata. Chill before serving. And very nice it was too!

Once you have a Bradley smoker, you are indoctrinated into a secret society of home smoking. Turns out two of the stall holders at Harborne market swear by theirs. It’s like joining the masons (I’d imagine). We can recognise each other from the insidious smell of oak smoke on our fingers and the far-away look in the eyes. Mr Holly and the Ivy who runs a chutney stall is a massive Bradley fan. He smokes garlic, chillies and ginger for his stall. He also gave a tip for smoked pineapples (peel them and hot-smoke). He warned me to ensure the bisquette dispenser was kept nice and clean as he’d burnt out four motors due to tar build-up on his. The nice chap from ARK Game also had a Bradley and said all his game could be smoked, but recommended I tried some venison fillets. But he warned me not to smoke these over oak as it would be too strong, instead I should try a milder wood such as cherry or apple – so I have put these in the freezer in anticipation of a delivery of bisquettes from Great Fire of Nantwich.

I went to the market with Tom Baker from Loaf Online who had brought a few things round to smoke. We cold-smoked his home-cured streaky bacon, some pheasant fillets, some Keen’s cheddar (very nice!), some Maldon salt and some of Charbel’s garlic. This was all done over oak for a couple of hours. I did find the cabinet temperature would rise up to 40 degrees unless the door was opened to cool it down, so I think I will need to invest in the cold smoker accessory sooner rather than later. We even tried cold-smoking some eggs (at about 35 degrees) and I risked a major food poisoning incident by making a smoked garlic mayonnaise to go with a dish of poached chicken with mash. I can’t say the smoke flavour came through that strongly, but we at least didn’t die (yet).

For lunch we hot-smoked some scallops (60 degrees for 30 minutes) and quickly finished them in a frying pan. They had good texture but perhaps would have suited a milder wood than oak for a subtler smoke. More successful were some pigeon breasts which had about an hour at the same temperature – rare inside but with a fantastic background umami smoke flavour. A definite success  – will do this again (and thankfully, pigeon is available year round unlike other game birds). It might even be worth curing the fillets in advance to keep them soft and give them some juniper flavour. I also did some sea trout which I should make some lovely pate.

I am obsessed with my smoker now. I need a lie down.

Since I got my smoker there’s been a lot of discussion of what could be usefully smoked. Here’s a quick list: 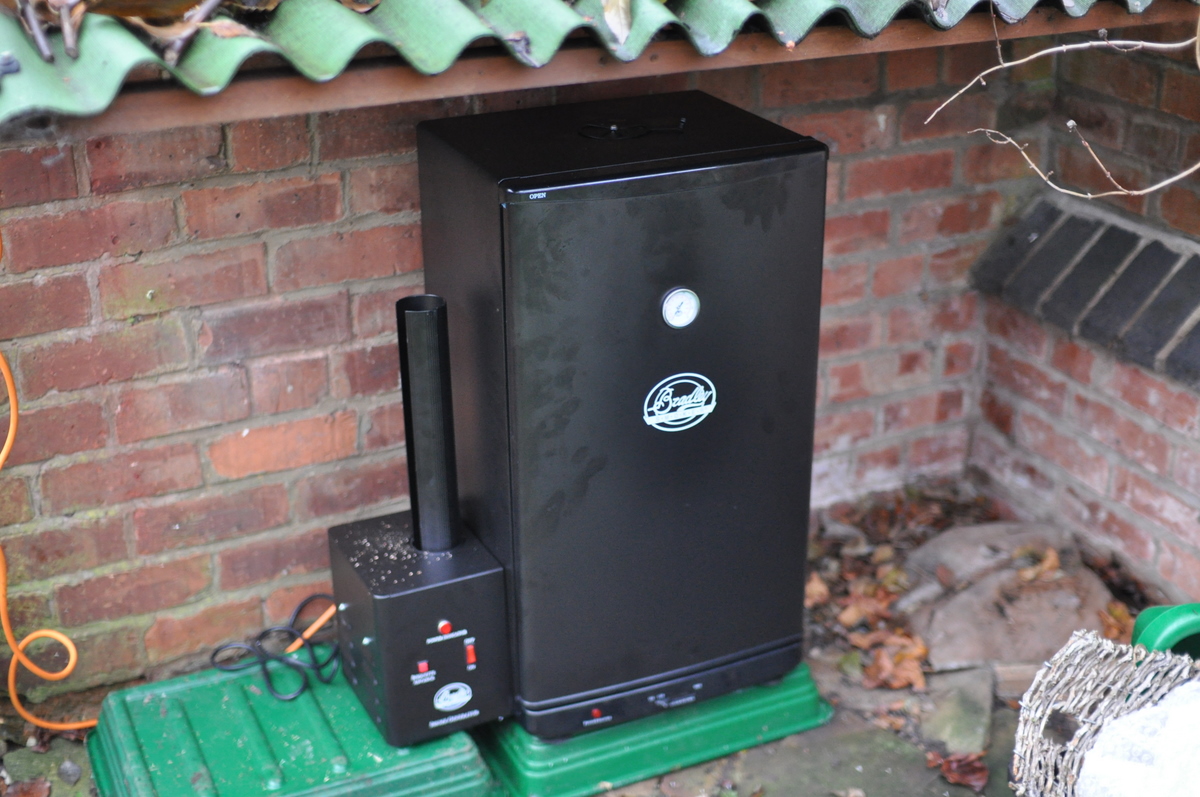 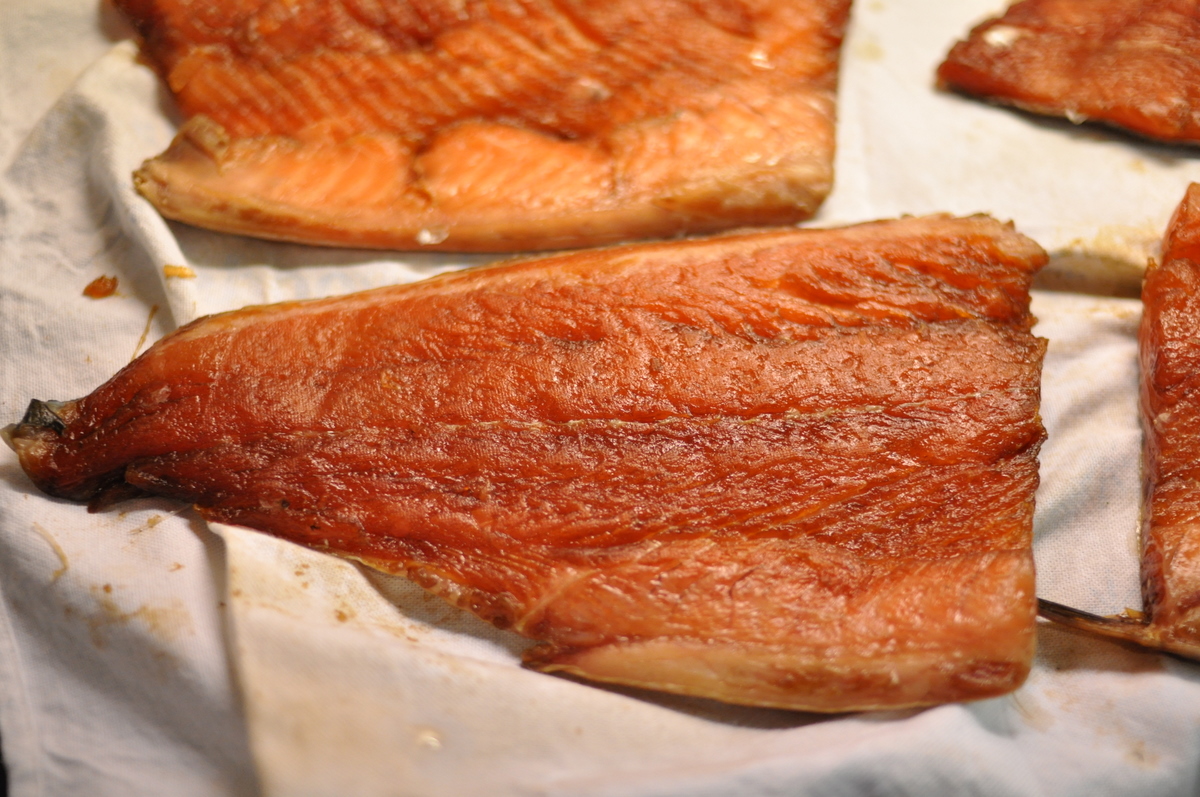 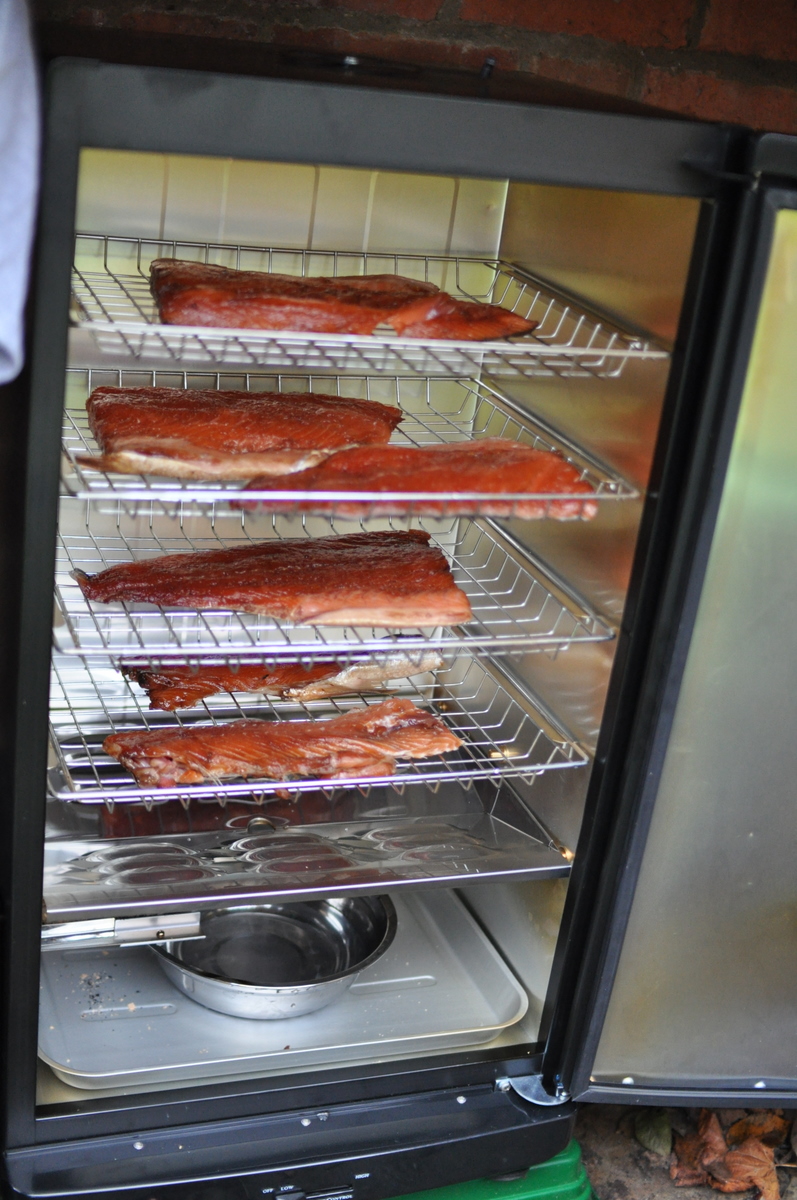 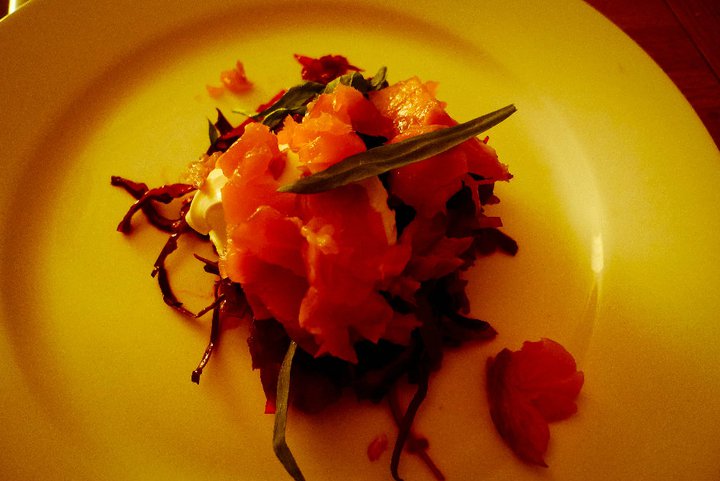