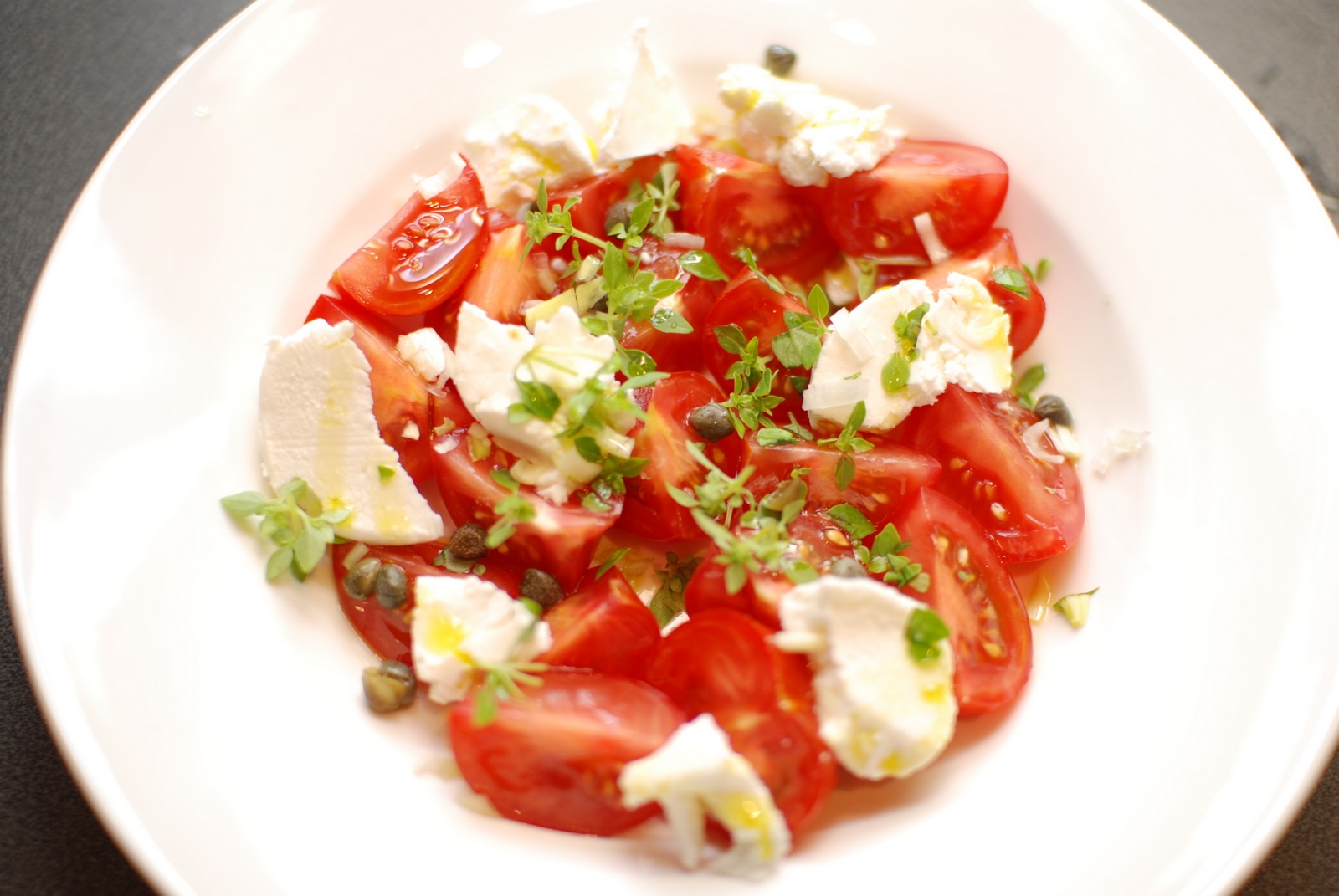 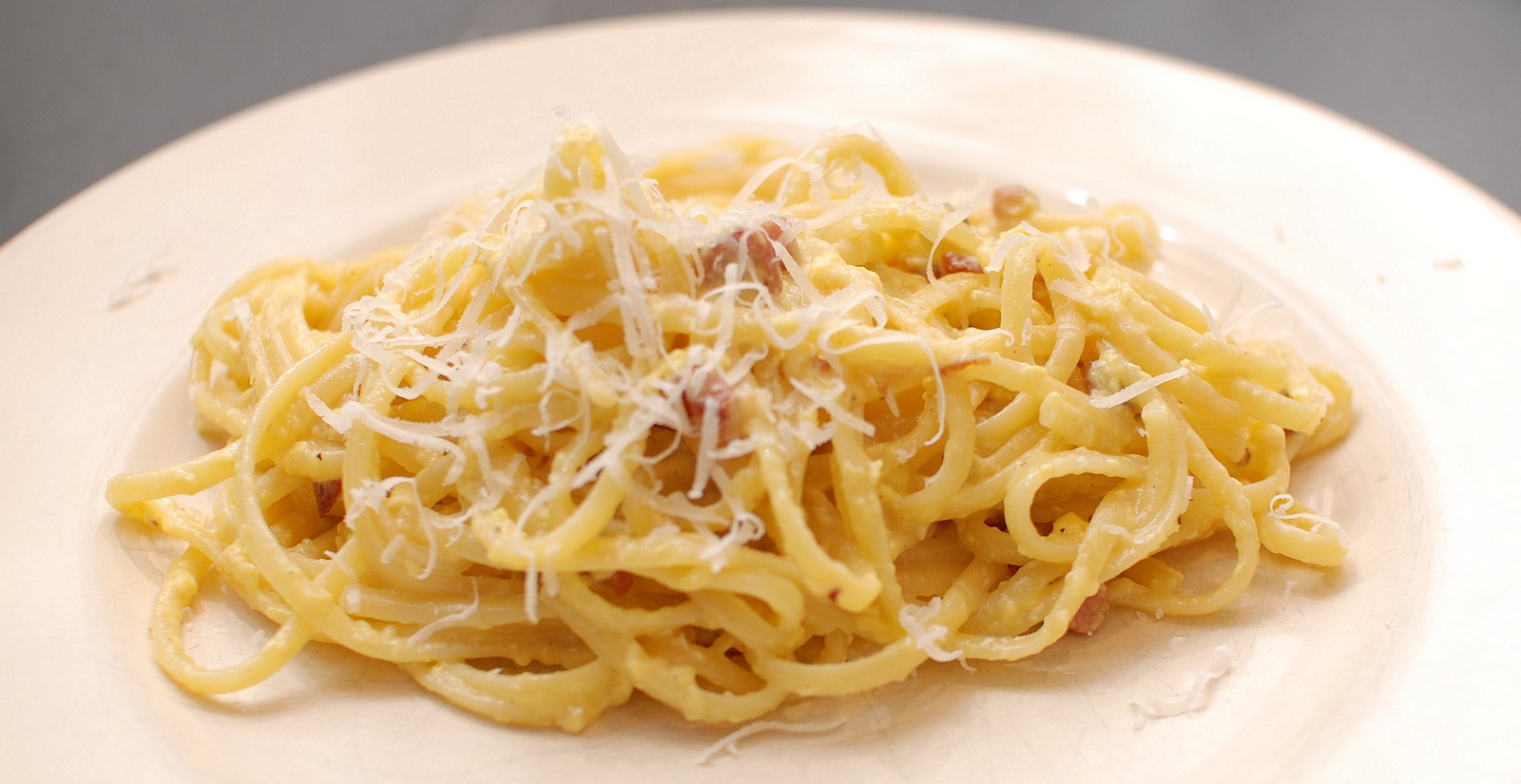 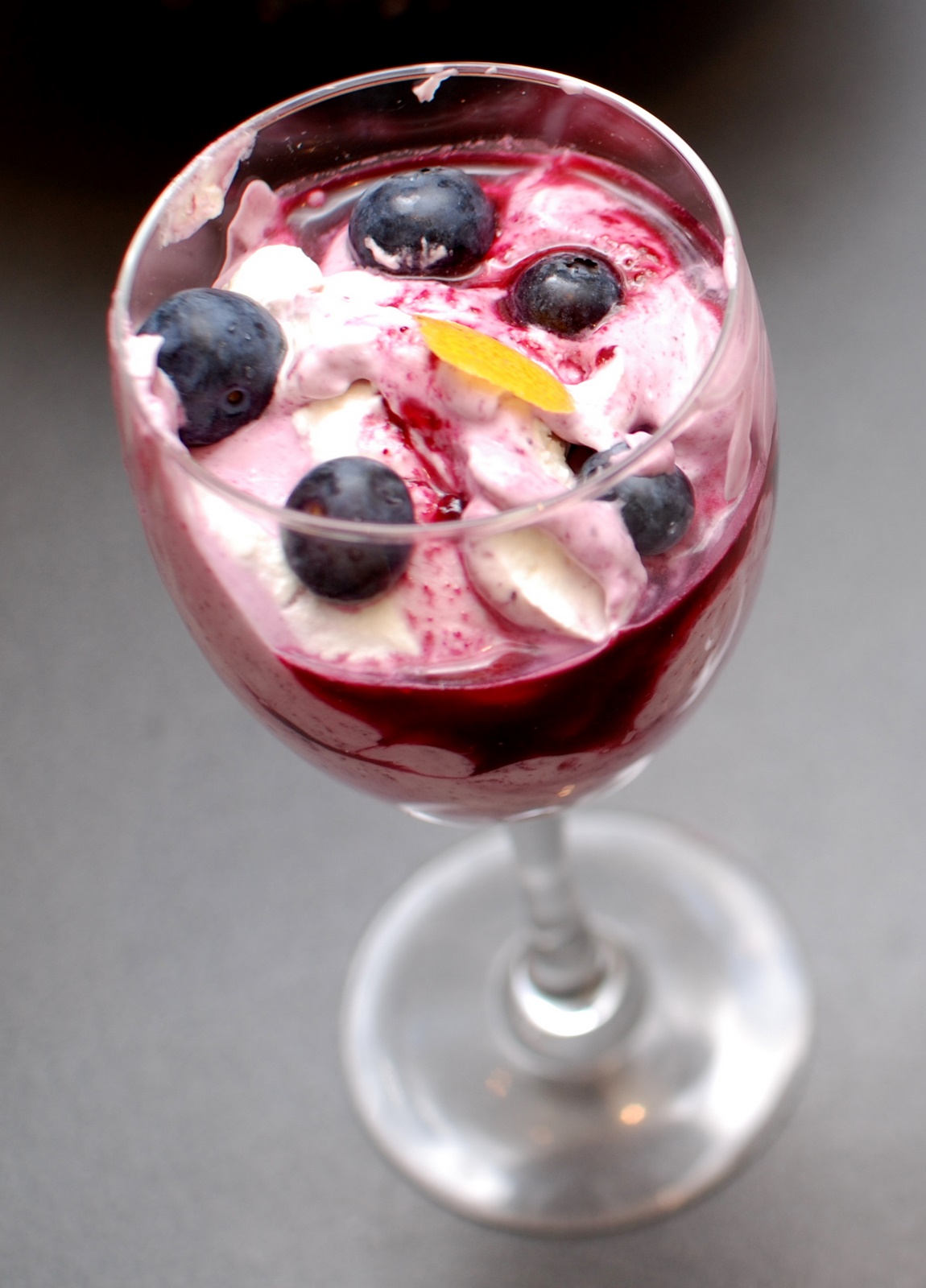 I enjoyed receiving this message from Interpol today! I’m not sure if Eric Cool’s approach to police work is entirely correct.

There wasn’t a lot of movement in the Michelin Guide in 2010, but a notable winner was The Ledbury which secured its second star. I’m not a huge Michelin fan but two stars is usually denotes something about the experience will be superlative. The most famous 2* in the country is probably Le Manoir Aux Quat’ Saisons, certainly a very special place, but perhaps more for the building, grounds, ambience and service than the food which I would describe as unspectacular.

A friend did the donkey work and booked Sunday lunch for 8. This immediately made me nervous, Sunday usually being a difficult day for restaurants, only marginally better than a bank holiday Monday. And a table of 8 puts stress on a kitchen with cuisine at this level, trying to bring out all those perfect dishes at the same time.

Some reports on eGullet mentioned cramped table spaces and aggressive table turning at the Ledbury. Not uncommon after getting a bump in Michelin when presumably bookings go mad. But this meant a high state of nerves when I found several in our party were running 45 minutes late – the fault of London Transport who had helpfully shut virtually every tube line this weekend.

But nerves were quelled by a good glass of manzanilla and very relaxed front of house that were friendly and quite unperturbed that it was a good hour until they could even bring the menus over. In fact, the service was exemplary: warm, friendly, unfussy and efficient. Throughput the meal none of the waiters felt it necessary to try and interrupt our chatter with unwanted and forced explanations of the food. There was none of the attention-seeking some high-end restaurants seem to insist on.

So to the food. Everything was top-drawer. It is too tedious to relate each dish so the pictures will have to suffice. But my Hereford snails in a herb moussline with pickled white carrots, accompanied by an unctuous oxtail sauce was great, every element bursting with flavour (even the herb mousseline sung – this could so easily have been a flat note). Hannah had the celeriac “baked in ash”, accompanied by a “kromeski of wild boar”, again bursting with flavours, the wild boar deep-fried in Panko breadcrumbs.

My main course of sika deer came with roast beetroot and smoked bone marrow “and malt”. There was also an unadvertised artichoke puree. As you would expect the deer was cooked to perfection. This meat is still too gamey for Hannah but it was extremely satisfying for me. Feminine requirements were catered for by John Dory with blood orange, accompanied by “asparagus on toast”. Orange and fish is always a dangerous area, reminding me of a terrible Granadian salad we recently endured (a melange of orange, raw onion and the odd scrap of salt cod). The Ledbury is a class act and pulled it off triumphantly. Our muslim friends were well catered for in terms of Halal dishes including a tremendous loin of lamb served with artichoke.

Puddings were also good. The highlight being a meticulously constructed banana galette with salted caramel. My chocolate dessert was most notable for the accompanying chocolate madelines, served in a cacao half-bean on a bed of coco nibs. Cheese was absolutely beyond reproach and I was happy to see a few decent British cheese (Stichelton and Berkswell) holding their own against some impeccable French selections.

The price was an exceptionally value £40 per head. A 2007 riesling from Trial Hill, Eden Valley weighed in at £34/bottle.

No props at all to the dreadful Beach Blanket Babylon bar down the road which wanted £44 for a round of drinks for 7 people, studiously ignored us, had terrible toilets and were quite rude when we came to pay. I suppose it serves us right for drinking in Notting Hill, but please, sort it out.

I have offered to cook for my great buddy Mark at his forthcoming wedding.

We’re looking at between 50-100 guests. We’ve settled on paella as a main course. As I already have the equipment to cook 60 portions of paella (two massive burners and pans) this seems sensible.

I can hear you thinking – but Nick, this is a perfect opportunity to roast a whole pig/lamb/antelope, what’s wrong with you, wanting to cook just boring old rice? Well I’ve promised the bride and groom that I will not be biting off any more than I can chew, just this one time. It’s their special day. 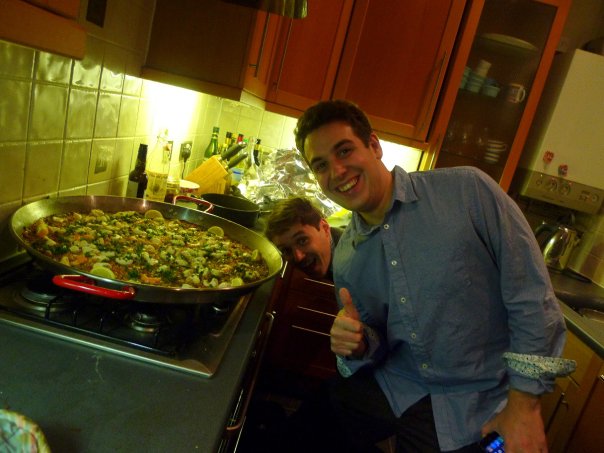 Much of it can be pre-prepared, making life on the day much easier. The major effort is probably chopping up the vegetables for sofrito – but I’ll get Hannah to do that.

It is very important to get this right on the day so I am doing a bit of research and pre-preparation to get the recipe bang on.

In cooking paella there are several fundamental principles that have seen me right. Firstly you need a decent paella rice, calasparra or bomba. Preferably it comes in a nice cloth bag but that’s not essential.

You must have a very good, flavoursome freshly prepared stock.

Thirdly you should cook it outdoors. Over a wood fire is nice but gas is more realistic and easier to control.

In fact, you could stop there, great rice and great stock should give you a tasty dish.

But it won’t be paella, you need at least a sofrito for that. Conventionally the sofrito has onions, green peppers and garlic in although even this isn’t set in stone.

Some say the sofrito shouldn’t have onions. I find this hard to understand, onions are a key source of flavour in a sofrito – but perhaps for a fish paella with subtle flavours this could be true.

The sofrito must be cooked very well and be well caramelised (but never burnt). This is an important source of flavour.

Some insist tomatoes are a vital addition. Tomatoes obviously contain umami which is useful to create a rounded dish but too much tomato flavour may add too much acidity. If you need acidity in the paella to cut through the oil then a sprinkle of lemon juice does the trick.

If you do use tomatoes, should you use canned or fresh? Sliced, left whole or grated?

Saffron is probably a must. But it’s easy to overdo this powerful spice.

Moro often like to soak dried noras peppers and rip them up into the paella. These definitely have a distinctive flavour. The only problem with this is that the skin tends to stick in your teeth, potentially ruining wedding photos.

We already said good stock is a must, but chicken, fish or vegetable? Or a combination of two?

Olive oil. How much? Moro call for the rice to be glistening with oil but never greasy. Some olive oils are too strong flavoured, I prefer to use a neutral flavoured (i.e. cheaper) extra-virgin oil for paella.

Jerez. The Moro recipe for rice with chicken and artichokes calls for a third as much oloroso as stock. This should give a beautifully rich flavour but might be too rich for some people. Certainly this approach won’t work with a fish paella. Although dry white wine or fino is probably worth considering in any paella.

After all this, I genuinely think the main ingredients are less important. You want some nice tasting protein but you don’t have to go mad. Some arroz uses sparse additional ingredients: chicken and artichoke, rabbit and chorizo, pork and greens. I think I prefer these.

An apparently “authentic” Valencian paella often seems to choose anything that is to hand: chicken, pork, prawns, clams, squid, mussels, snails etc. My experience is that less is more. And besides, few of us can really claim to be able to put our hands on spanking fresh seafood.

Suspect snails won’t go down well at a wedding. And besides you have to keep them in a box for 2 weeks to shit out their insides.

Chorizo: probably only necessary for hearty meat paellas (and even then, not for all). One would want a semi-cured or fully-cured chorizo as opposed to fresh. The latter gives more flavour but the pieces will be harder.

The burnt layer on the bottom of the paella – the socarrat – is important. Although paella is never a wet rice, it shouldn’t be bone dry either. It should be covered with foil during the 2nd half of the cooking.

Finishing touches: adding lemon wedges seems like a good idea. Grated lemon rind over the top might also be nice. Why not go the whole hog and sprinkle with a gremolata? That’s Italian so not authentic but might work well.

I’ll let you know how I get on.

Some further reading: Rick Cooks, Paella Professor including some thoughts on tomatoes in paella, Moro’s chicken and artichoke paella.